Beau Hartas is already starting to picture the warm-up and the hometown crowd going wild as "The Mumma's Boy" makes his way to the ring for the biggest moment of his career.

Reality will sink in when the opening bell rings on August 18 and he will "hopefully kick some arse". 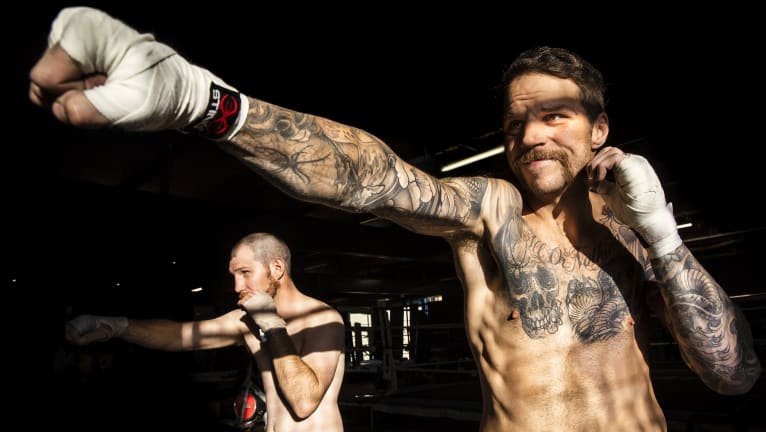 Nerve damage has ruled out Dave Toussaint of a slated International Boxing Federation Pan Pacific middleweight title fight, which could have propelled him into the world's top 15 middleweights.

Toussaint suffered an injury in the lead up to his Australian championship triumph in September last year and he is waiting for scan results before plotting his path back to the ring.

But his injury has opened the door for Hartas to be the main event Capital Fight Show 15 and rising middleweight Hartas and NSW super featherweight champion Dencio are looking to make their mark at the Hellenic Club in Woden next month.

Hartas (3-1) is looking to rebound from his first professional defeat when he faces Mark Gadaleta (3-4-2) in the main event, while Dencio (6-1) will defend his state title against Brendan Saunders (5-4-2) in the co-main event.

This is a main event 13 years in the making for Hartas, and he knows exactly how it is going to play out as he prepares to take top billing for the first time.

"You get warmed up there and then you sit there and pump yourself right up," Hartas said.

"You can hear the crowd going wild, and then by the time you walk out everyone has got a gutful of grog in them and they’re going off, especially because I’ll bring a big crowd as well, the crowd is usually pretty fired up by the time of the main event."

Hartas is an entertainer in every sense. He walked to the ring for his last fight in a Darth Vader helmet. Why? It was May the 4th, widely known as "Star Wars Day".

Now the 31-year-old has something else up his sleeve to get the fans pumped up. 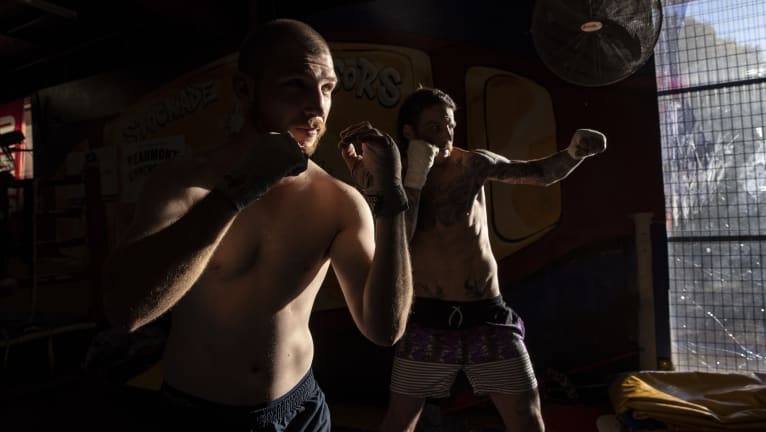 Ben Dencio and Beau Hartas are ready to step up.

"I’ve got a little something in mind, just have to wait and see how it all pans out. I’m pretty keen to get some people excited with what I’ve got planned anyway," Hartas said.

Dencio will put up his NSW state super featherweight title against former Australian lightweight champion Saunders in an eight round bout that looms as his biggest challenge to date.

"It’s a step up from my last at least three fights, it’s probably the toughest fight of my career so far," Dencio said.

"If I win this one then the next one will be an Australian title fight, I’m hoping that’s the case anyway.

"Everyone expects to see Dave win at the end of the night, and between Beau and I we can put on a bit of a show. Someone has got to take the spot and hopefully Beau and I can do a good job of that."

While Dencio will have to wait a little longer to earn his Australian title shot, there will be one up for grabs at CFS 15.

Bianca Elmir (1-0) will become the first Canberra female to fight for the ANBF Australian featherweight title when she challenges defending champion Kori Farr (2-4-2) from Queensland.