They're the Belconnen nine, culminating in the women seeking grand final revenge.

In an astonishing feat, Belconnen United had nine teams make the finals and all nine made the grand final.

They've already won one and lost one, with another seven titles on the line over the weekend. 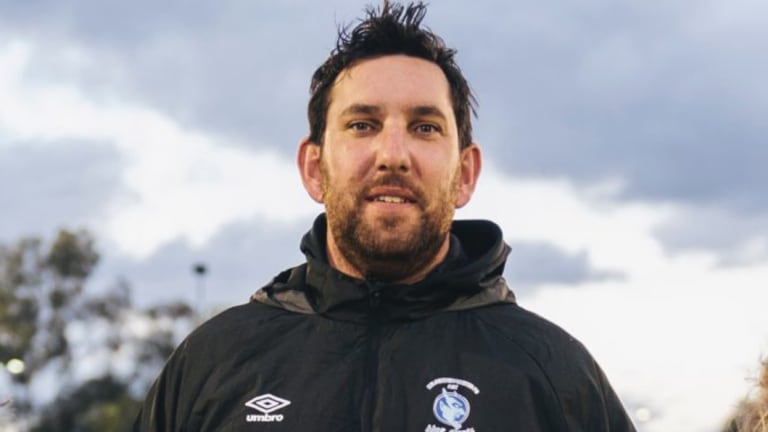 Belconnen United coach Antoni Jagarinec is leading the charge of nine teams that have made grand finals.

The big one is the women seeking redemption against Canberra FC at McKellar Park on Sunday in a rematch of last year's decider.

It ended in Belconnen heartbreak from a penalty shootout after the led 1-0 with less than four minutes remaining in extra-time.

But this year there's a shot at redemption with both teams winning through to Sunday's grand final.

They'll have to do it without their goalkeeper though, after Klara Manenica broke her finger last week.

Belconnen also have the pressure of going undefeated with one draw the only blemish on their record.

"They won the grand final last year. That's theirs, no one can take it away from them," Belconnen coach Antoni Jagarinec said.

"It hurt, definitely, at the time, going to penalties. The amount of chances we created in that match and couldn't score against Chantel [Jones] was huge.

"So we'll go out there this week and remember how much it hurt, but leave it in the past. We can only affect this weekend, we can't affect last year."

A victory will cap an incredible season for Belconnen where all five women's grades have made the decider, from under-13s right through to the women's first grade.

They've also got the under-13 and under-15 men playing, while their under-18s men lost their grand final last weekend and the under-20s won their fifth title in a row.

Belconnen president Tony Barr put it down to all the talented juniors coming through the ranks – as well as what their coaches did with those kids.

"The work of the [technical directors] over the years building up our base of players has just been really good work by those guys," he said.

"We've also got a pretty big region that we draw from. Belwest, Belnorth and Belsouth are our junior feeder clubs, so the quality of kids coming through there have just been so good for us to work with."