When the MMA brand was looking for KO power for their landmark show in London on May 25, they turned to the military to recruit the heavy-handed veteran. 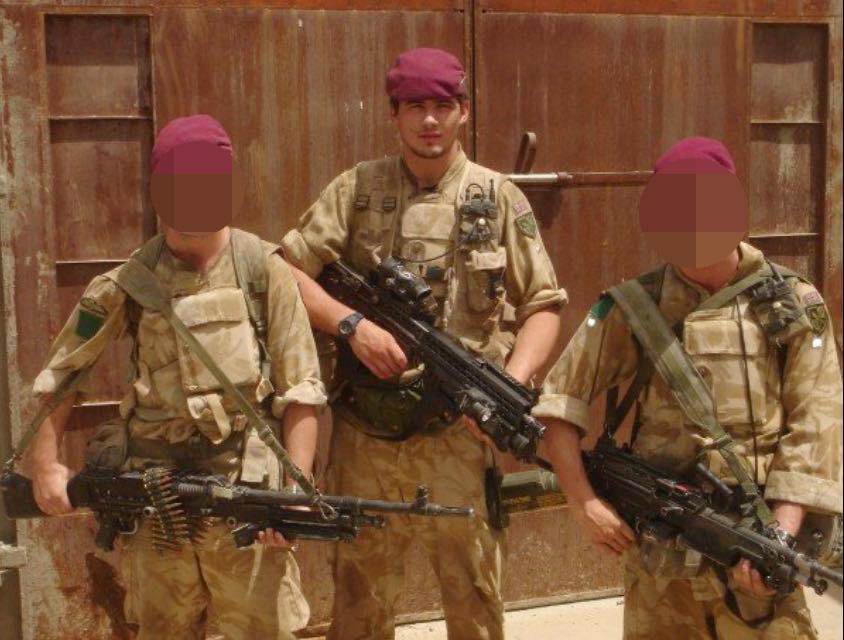 After five tours of battle-gripped areas in Iraq, Afghanistan and Northern Ireland, Fryer should be ready for anything.

But the offer to make his Bellator debut on the same card as MMA legends Mirko Cro Cop, Roy Nelson and Gegard Mousasi caught him miles off guard.

The ITC gym star told SunSport: “I was on exercise and didn’t have my phone with me, my mates had it.

“My brother text my phone and told my mates to tell me to ring him, I thought someone had died! But when I rang him he said ‘you’ve got a fight with Bellator, if you want it?’ – As if I wouldn’t! 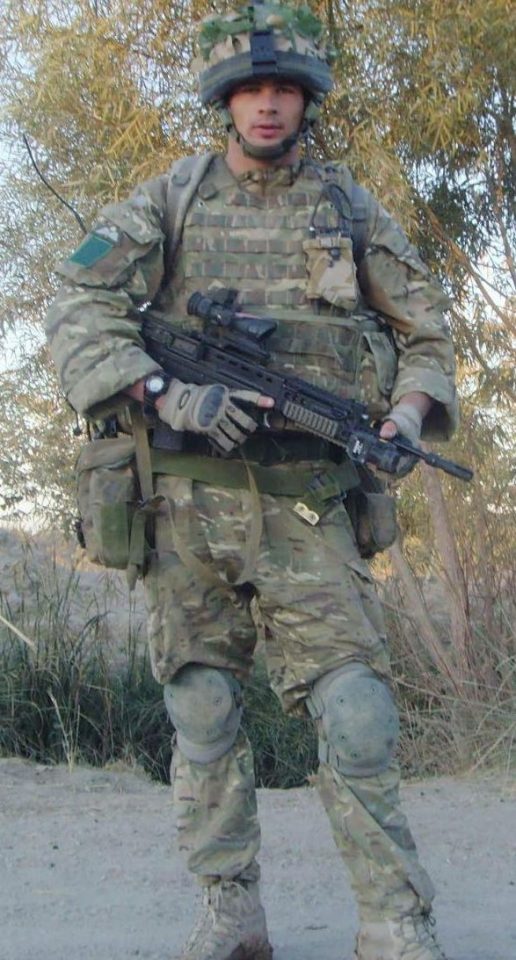 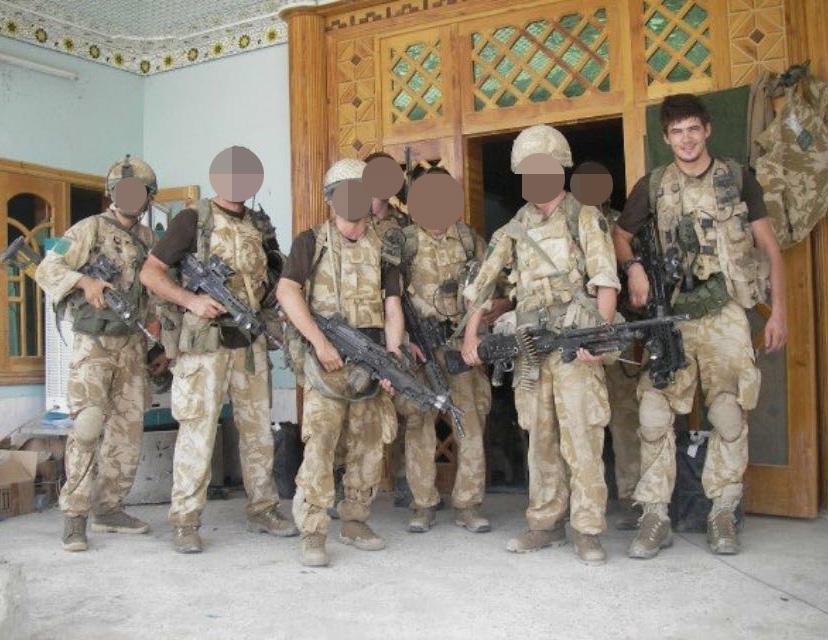 After a career risking his life in some of the planet’s most dangerous countries, it is shocking to hear how close Fryer came to serious injury just trying to get his MMA career up and running.

After winning too many amateur middleweight fights, domestic match-ups were hard to find and promoters could only offer him welterweight fights.

Against his better judgement, Fryer sweated off just over a stone (6.8kg) – risking long-term damage to his major organs – and lost two of his first three pro fights.

At his lowest point he considered quitting – long before he ever really got started – but he’s now on a five-fight win streak at 13stone and improving with every fight.

Fryer said: “In my two losses as an amateur I lost to a light-heavyweight – after moving up – who was just too big and two strong for me and my second was against a gut who was just too good and experienced and I probably shouldn’t have been in with. 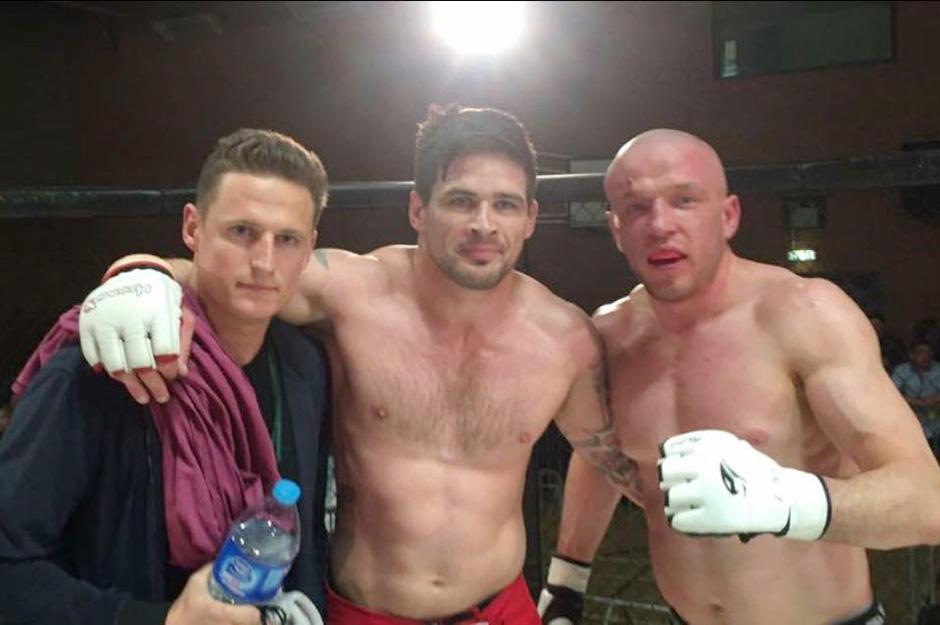 “I won all my other middleweight fights but that meant when I turned pro I struggled to get fights and had go down to welterweight to get a match.

“I got down to welterweight but it nearly killed me, I just was not the same fighter.

“I lost two welterweight fights and decided to quit, I assumed I just wasn’t good enough.

“I finally got a fight at middleweight and I thought I would have one last go to see how I get on and I won the second round and have not stopped since. 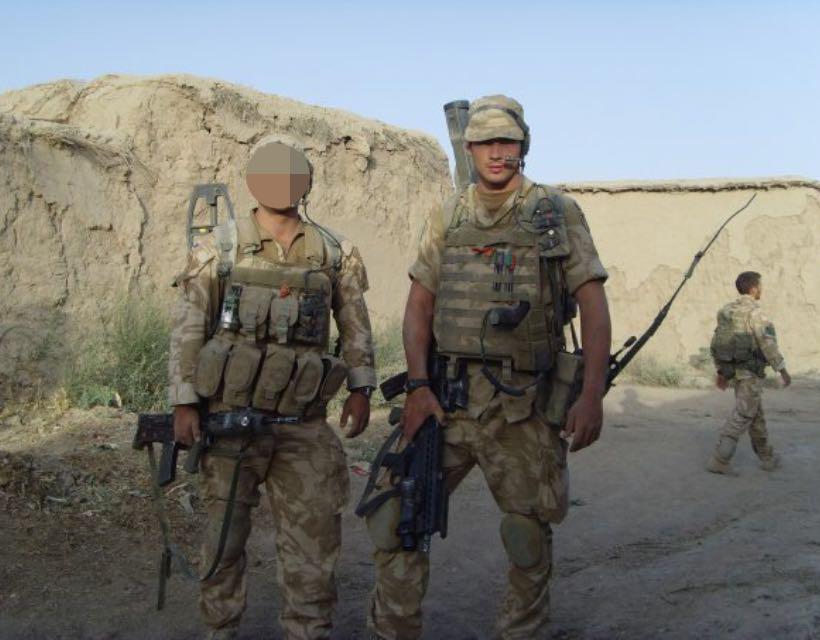 “When I was getting down to welterweight it was really bad, my body was shutting down and – in one fight – I knew I was going to lose.

“I did not care, was not even bothered, because I was so drained, dehydrated and exhausted. I had the life sucked out of me and I did not care that I was about to lose. It was such a weird feeling.”

A chance viewing of a Michael Bisping UFC fight on the long-gone Bravo channel – on a rare weekend in for the reformed swigger – sparked his interest in MMA. 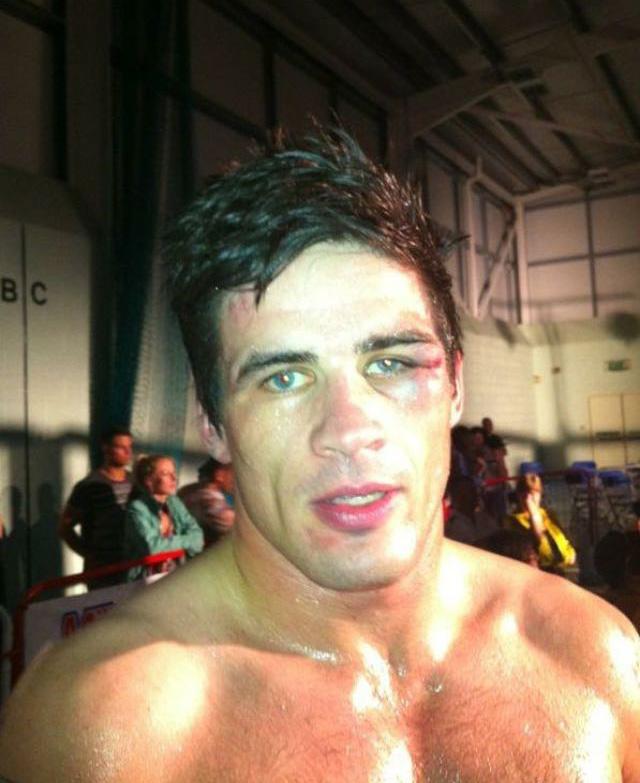 And now he is on card of one of the UK biggest every shows and can boast of being the toughest man in the regiment now Marshman has left to focus on fighting full-time.

He said: “I had done no martial arts at all but I was on leave once and – unless I went out boozing – I just used to watch bad late-night TV.

“One night I was watching that old cable channel Bravo and they had the UFC way before it became popular.

“Michael Bisping was on and because he was British I took an interest but I was deployed to Afghanistan not long after and never followed it up.

“Then I met Jack Marshman in Afghanistan and did a bit of training with him and once I got home I joined a club and joined the ITC gym in Blackpool and now Jack has gone I must be the toughest man in the team.” 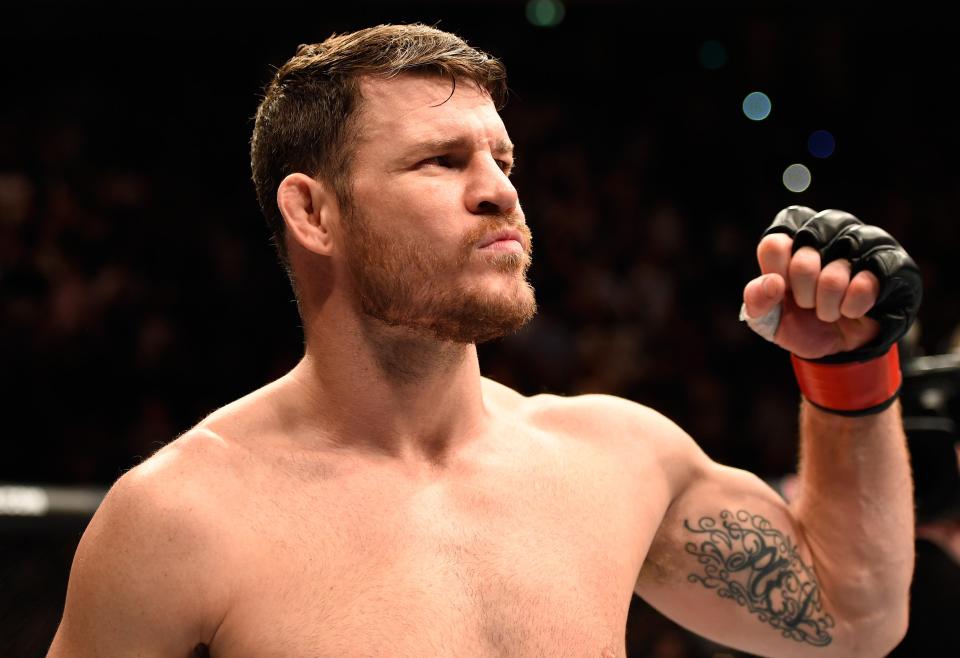 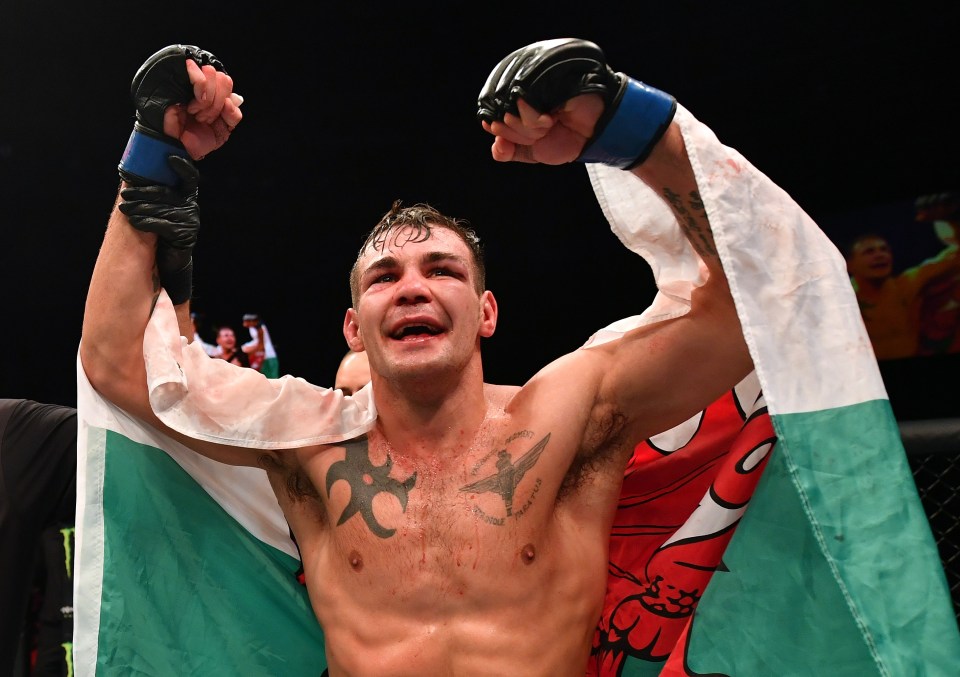 Unfortunately for 32-year-old Fryer, his regiment is sent on leave the day before his fight so his usual crowd of fans will be dashing back to see their loved ones instead of taking over Wembley Arena.

But he does not seem in desperate need of moral support for his clash with Dutchman Costello van Steenis, as the stress of the day job makes walking into the octagon a stroll in the park.

He said: “The fight falls on a dodgy time because the day I am fighting is the day we all get sent on leave.

“The guys have been really busy recently so, there are a few coming, but I think a lot want to get straight home to their families and I don’t blame them. 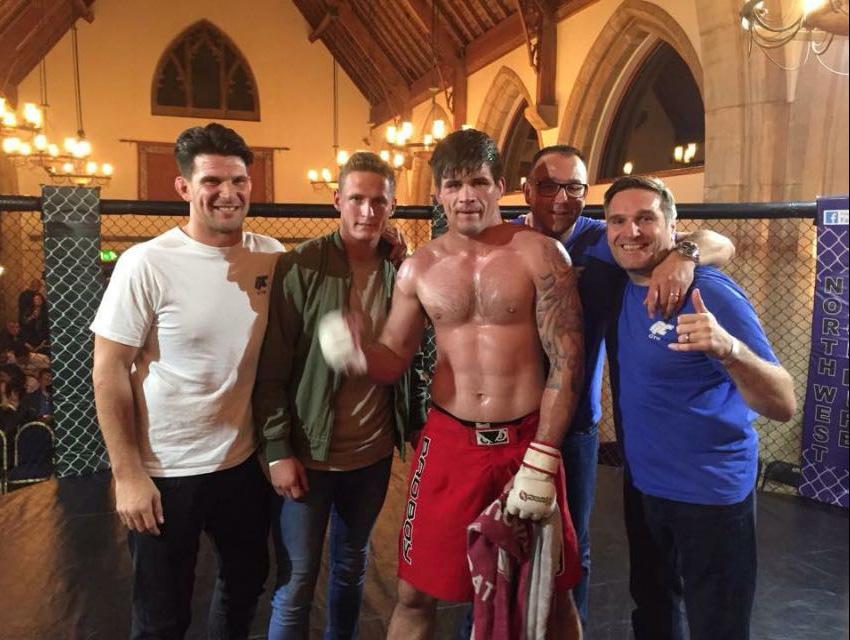 “I used to think there was no aspect to the sport because I didn’t really see there was pressure.

“What’s the worst that can happen in a fight – alright I could die, but it’s not very likely, they are so slim.

“The worst thing is that you get knocked out or lose and – although it’s not nice – it’s not the end of the world.

“I don’t want to sound big headed but – with the things I have had to do at work and in Afghanistan – this is nothing.”

Tickets for the event will be available to the general public on Friday, March 2 at The SSE Arena, Wembley Box Office (0844 815 0815), Ticketmaster.com, ssearena.co.uk and axs.com.