But the beaten boxing debutant insists his physique 'looks like s***' since undergoing hip surgery. 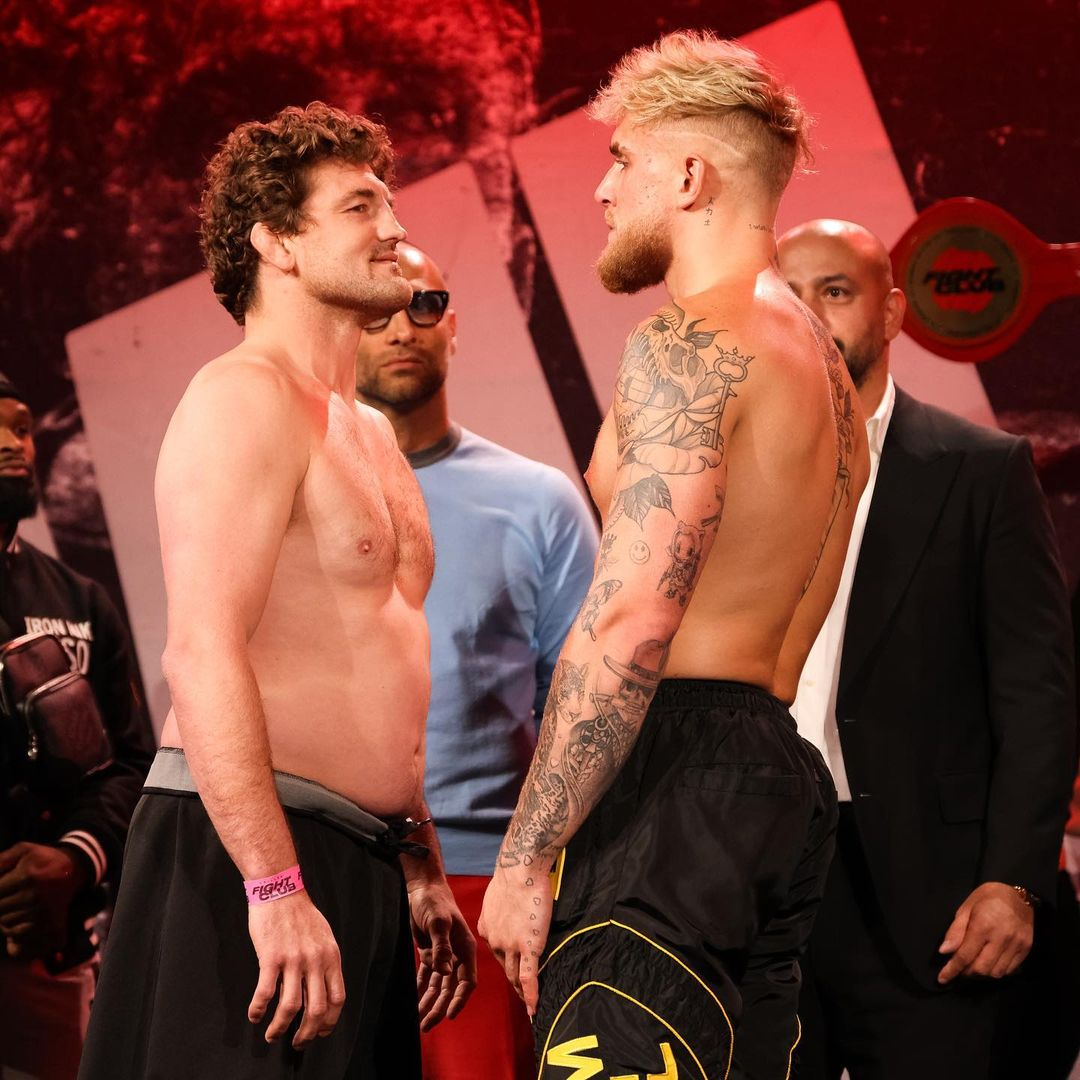 Askren, 36, hit the canvas in the first round against the YouTuber.

He tried to get back up from a right-hand blow and carry on but the referee called it off with less than 60 seconds on the clock.

Askren tipped the scales at 191lbs for his lucrative clash with the social media star, which earned him a guaranteed £500,000.

But ESPN's Stephen A Smith said he 'should be ashamed of himself' for 'coming in looking like a fat slob, like somebody's grandparent'.

Paul also mocked his opponent, slamming him for his 'beer belly'.

However, the former Olympic wrestler revealed the physical ordeal he went through to get in shape for the brief bout.

Asked if he trained for the fight, Askren told ESPN MMA: "Absolutely. I get it. Part of it is my physique looks like s***. You made fun of me when I was 170lbs.

"What do you think is going to happen when you add 20lbs to that physique? When I first started training, I weighed 215. I hadn’t been working out.

“My hip surgery. I had just been cleared to get back into it. I ended up losing 22lbs or something like that. I lost a lot of weight.

“If the fight were at 170, I would have said, ‘I can’t get there in that time. It’s impossible because of where I’m starting at.’

“I was retired – this came out of nowhere. The only thing I focused on during camp was the boxing skill part of it and getting in shape to fight eight rounds hard. That was it."

There were accusations the fight was fixed because Askren went down in the opening stages and it was immediately called off.

But he is adamant he tried to convince the referee to let him continue.

“I got hit. I guess the question I ask those people is, ‘What do I gain by it?’ I told you what I made for this fight: it was a very nice pay cheque.

“It was the spot behind the ear is where he hit me. I didn’t really feel it, and I got up. There wasn’t a lot of pain there.

“He hit me hard enough to knock me down. I got up, and the referee said, ‘You didn’t get up fast enough,’ and I said ‘OK,'

“Obviously, I would have liked to have won, but the referee stopped it.

“Then I said, ‘I don’t need to be here anymore, I’m out of here.’ I don't regret taking the fight at all.

"The only reason I would not have taken the fight actually happened. The ability to have an embarrassing moment, and that’s a terrible reason not to do it.

“I said the reason I took it is that I’m getting paid really well, and it was a fun opportunity." 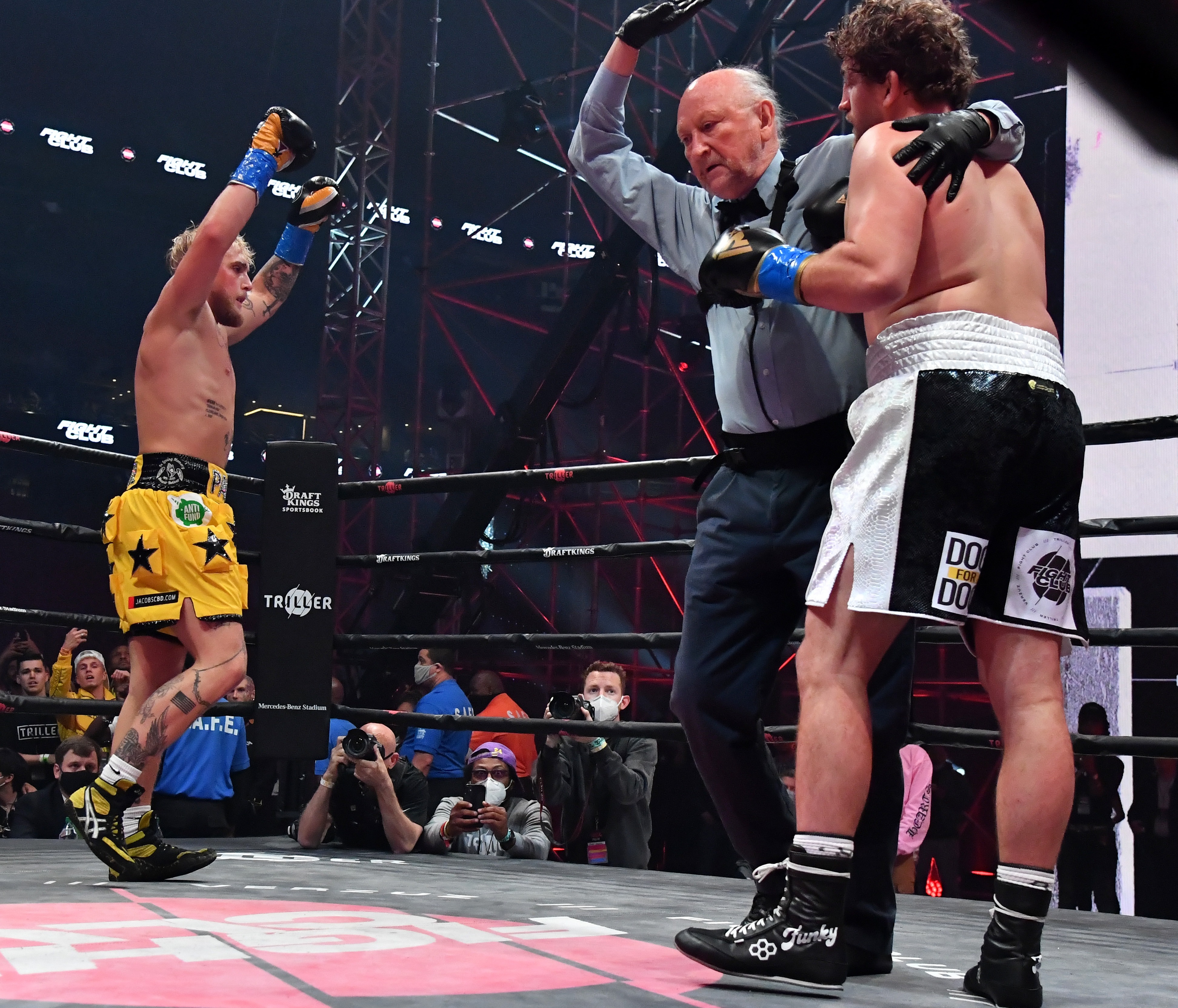 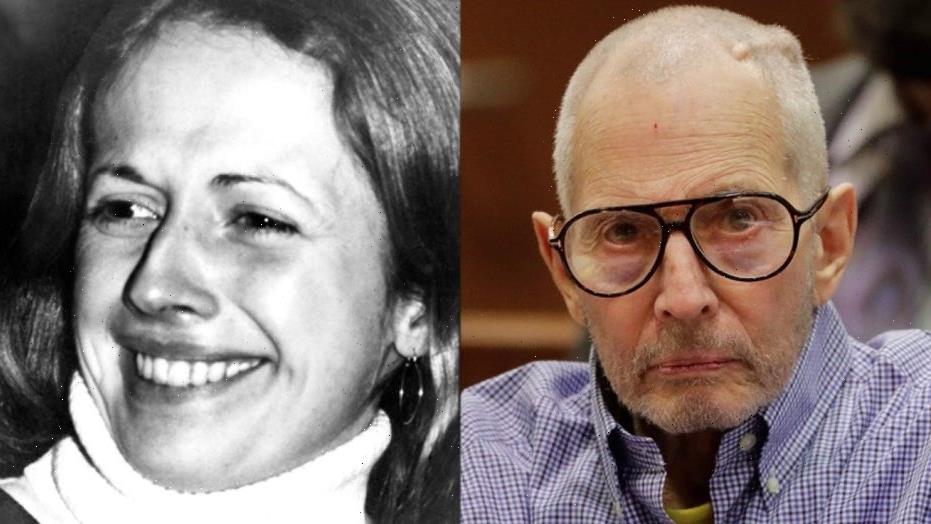