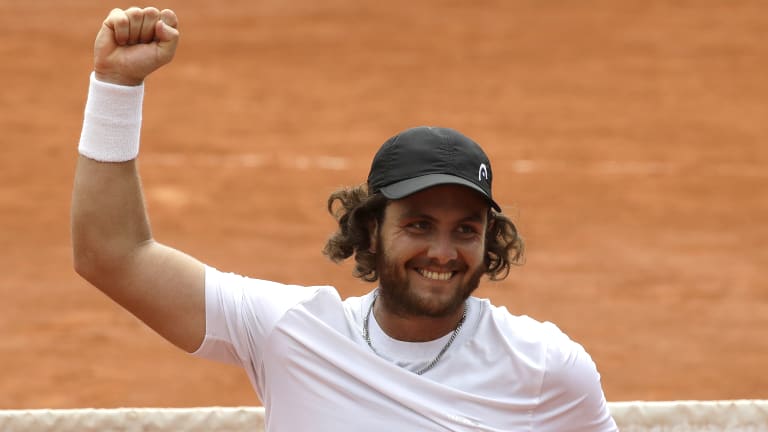 Trungelliti had been the latest of late replacements for Nick Kyrgios, whose 11th-hour withdrawal with a chronic elbow injury denied fans a first-time grudge match between Australian tennis's two most polarising talents.

The South American made an epic 10-hour drive from Barcelona to Paris on Sunday night to assume Kyrgios' place in the main draw after tournament officials ran out of "lucky losers" from qualifying to fill the void.

Trungelliti returned from his Spanish base with his mother, grandmother and brother after losing to Pole Hubert Hurkacz in the final round of qualifying when alerted about his second chance.

After arriving back in the French capital just before midnight on the eve of his unexpected date with Tomic, the 28-year-old received generous applause from the crowd, which included his mother, grandmother and a couple of excited mates. 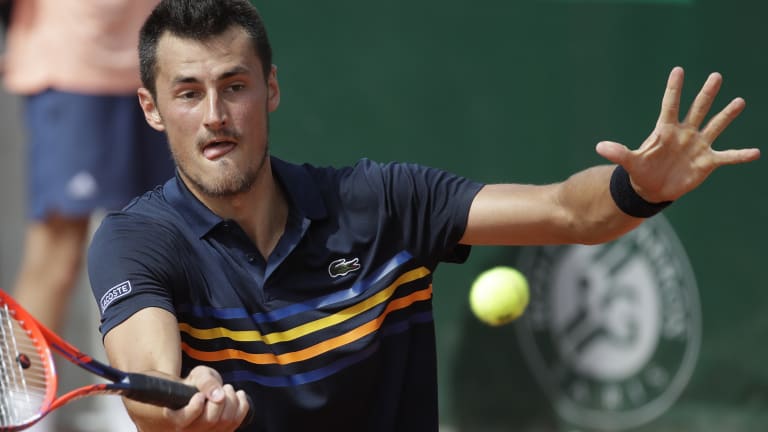 Ironically, it was Trungelliti left waiting for several minutes for Tomic to appear.

The Australian could have been excused for thinking he'd received a walkover in the second round, with Trungelliti only revealed as his opponent 21 minutes before the match.

Instead it was clear from the outset that Tomic was in for a fight.

Despite his lowly ranking of No.190 in the world, Trungelliti is certainly no mug on clay.

He dumped Wimbledon and Australian Open finalist Marin Cilic from the Roland Garros draw two years ago took the opening set against Tomic in 46 minutes to signal his intentions.

Actually ranked 18 spots below the Argentine following his spectacular fall from grace, Tomic battled back to level the match at one set apiece before the turning point early in the pivotal third set.

Opportunity lost, Tomic conceded the set after being broken the very next game and failed to recover as Trungelliti also claimed the fourth set to complete a memorable triumph in six minutes shy of three hours.

The journeyman's reward is at least $90,000 pay day – the biggest cheque of his career – and a clash with Romanian Marius Copil or Italian Marco Cecchinato for an unlikely spot in the last 32 at a slam for the first time.

Tomic, who had been winless since January until his unexpected revival on the European clay, must settle for a projected rankings rise of 28 spots to No.178 in the world ahead of his favoured grass-court swing.

The 25-year-old was in no mood to discuss his exit beyond saying he performed "okay" and that his encouraging clay-court form was "solid".

He refused to reveal his plans beyond returning to his Monte Carlo base and dismissed a question asking if he was motivated to play on "primarily for financial reasons".

"Next question," he said.

Thompson's valiant fightback from two sets down proved fruitless as he bowed out 6-1 6-4 2-6 4-6 6-3 to Norwegian qualifier Casper Ruud.

The setback follows gut-wrenching losses to Nicolas Kicker in Melbourne and Thomas Fabbiano in New York.

Thompson also lost in the opening round in Paris last year.

Australian players have won none from four so far, following Ajla Tomljanovic's elimination on Sunday at the hands of women's fourth seed Elina Svitolina.