Instead, the Southern Californian makes her home in Edinburgh and has spent most of her career competing throughout Europe, far from the L.P.G.A. spotlight.

Daughter of Jim Allen, former director of golf at Torrey Pines Golf Course in La Jolla, Calif., she is a past L.P.G.A. tour member and a four-time winner on the Ladies European Tour in a career that includes a win at the 2016 Lacoste Ladies Open de France.

Allen, 37, is the only American to have won the Ladies European Tour’s Order of Merit, which she accomplished in 2016. She hopes to contend again this week in France.

The following conversation has been edited and condensed.

Where has your professional career taken you?

I have been a pro since 2005, which makes this my 15th year on tour, and I’ve played on the L.P.G.A., L.E.T., Futures Tour (now the Symetra Tour) and the Australian Ladies Professional Golf Tour. I have also competed in 30 countries worldwide.

Where have you won tournaments?

I won on the Australian tour in 2015, as well as the 2015 ISPS Handa Ladies European Masters outside London. In 2016, I won the Lacoste Ladies Open de France at Chantaco Golf Club and the Fatima Bint Mubarak Ladies Open in Abu Dhabi, United Arab Emirates.

As a former women’s French Open winner, what are your expectations at this year’s championship?

Les Châteaux at Golf du Médoc is certainly a ball striker’s course. It is not as quirky as Chantaco, where I won, so it’s a big change from the six French Open championships held at Chantaco. My best finish so far this year has been a tie for sixth in Thailand, but I have high expectations for the French Open.

Sophie and I no longer work together, but we are good friends. She is now more of a mentor. I had success before she caddied for me, but I think because she believed in me, it helped me believe more in myself. It makes such a big difference to have someone on your bag who has won and knows how it feels, and to also know what you are feeling.

How did your golf-professional father help you build the foundation for your career?

My dad was tough, and he taught me discipline in everything I did. I remember not being allowed to play on the course until I was able to consistently hit the ball in the air. In my first tournament, I hit my first tee shot into the water and immediately took a ball out and reteed. As we walked down the fairway, my dad told me that I could have dropped another ball where my tee shot had entered the water. I didn’t know the rule, so he let me do the wrong thing. I never made that mistake again.

How does your career differ from the golf careers of your American peers?

It was a brave choice to head to Europe on my own, but it was right for me. I played an L.P.G.A. event in Mexico during my rookie year, and three years later, I used golf as a vehicle to see the world on the L.E.T.

Since the start of my career in 2005, so many of my American friends are no longer playing tournament golf. I never thought I would outlast them.

You once said you “never wanted to be the best player in the world.” Do you still feel that way?

I have been able to earn a living doing something that I love. I have never been too caught up in rankings. When I was leading the L.E.T.’s Order of Merit in 2016, I was certainly aware of that, and I wanted to win the bonus money. Of course, it would be great to be world No. 1, but I know what it takes to do that, and at my age, it probably is not attainable. I’m just proud that I am still able to compete.

What does it mean to be the L.E.T.’s only American winner of the Order of Merit?

I’m still the first and only American to win the L.E.T. Order of Merit, and that is the one achievement that makes me most proud. Making history is special, and my love for the Ladies European Tour is very strong.

How do you define success in your career?

It’s hard not to define success by wins, but it is also hard to win. There are some great players who have never won a major or any tournament at all.

Sometimes, I struggle with the idea that I haven’t done very well on the L.P.G.A., the best tour in the world. I’ve had some good weeks there, but never a great full season. I don’t know if that will ever happen for me because I’m strictly playing in Europe right now. I won’t rule out going back to the L.P.G.A., but I can honestly say I feel that I’ve had a successful career, and it has surpassed my expectations. 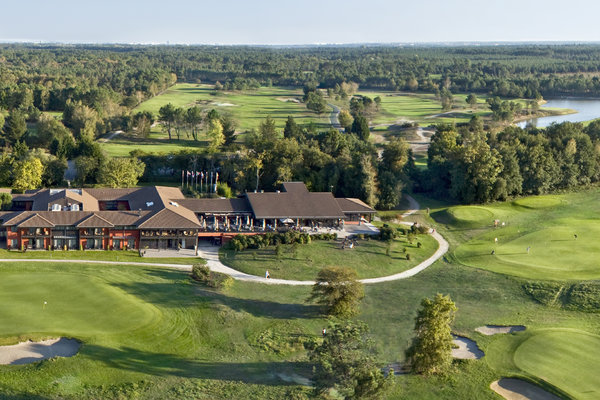 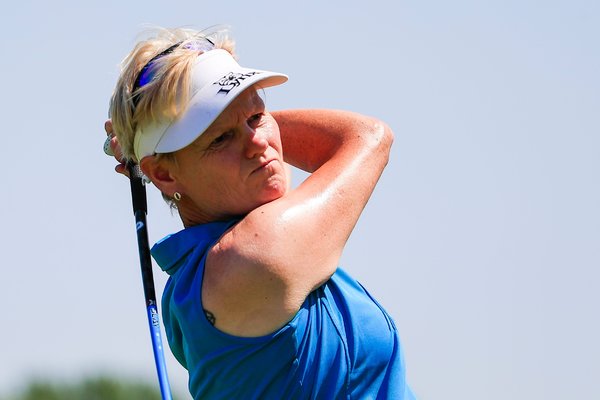