For the first time, Big Bash League clubs will play a full allotment of home and away games. Is it too many? Time will tell. For now, let's look at the eight sides.

Availability: This was a big advantage enjoyed by the Strikers last year, and again they shouldn’t be too hard-hit. The major loss will be Head, who as a member of both the Test and ODI sides is unlikely to feature until late in the tournament. Carey has been identified as Australia’s go-to one-day international wicketkeeper, meaning he will miss a couple of games in the second week of January. Siddle, Stanlake and Neser are also on the fringe of national selection so it wouldn’t be a complete surprise if they missed a bit too, but the bulk of the Strikers’ title-winning squad from last summer should be available for the whole tournament. 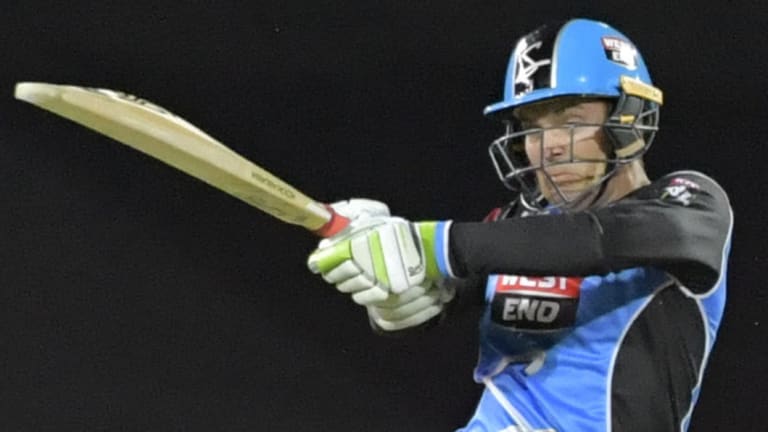 Strengths: The Strikers’ attack is outstanding. Leg-spinner Khan was a revelation last summer, leading the league for wickets and going at less than a run a ball. Again he looms as the biggest threat for opposition sides, although perhaps having seen a bit more of him the rest of the league will be better prepared to nullify the Afghani youngster. The quicks shouldn’t be discounted either. Beanpole Stanlake provides rare pace and bounce, Neser and Siddle are both extremely steady, while veteran Laughlin is a long-time expert at the death.

Weaknesses: The batting is still strong although it will be tested when both Head and Carey are away. Emerging Victorian all-rounder Short was targeted by the Strikers to add a right-hander to their heavy mix of lefties, and the former Melbourne Renegades bit-part player could play a big role this summer. 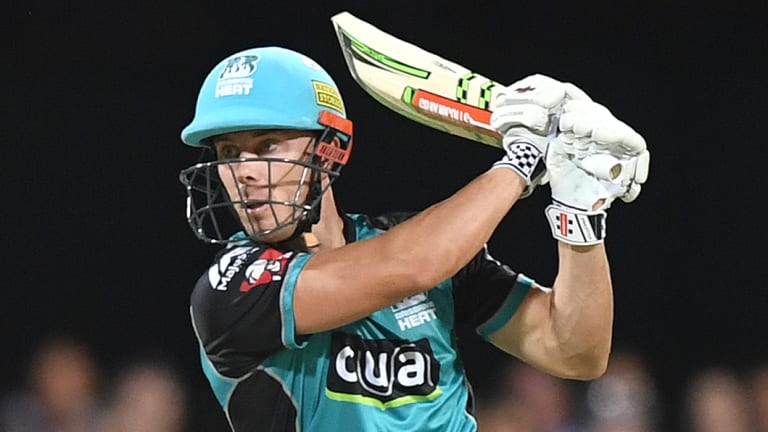 Availability: Burns, Renshaw and Labuschagne have all been around the mark for Australia in Test cricket this year but the trio find themselves on the outer, and at this stage will be available to play the duration of the tournament. Swepson is also only an occasional Australian player, and Chris Lynn’s struggles against South Africa mean he can't quite be considered an ODI lock just yet. All in all, the Heat have very good availability.

Strengths: The batting line-up is still perhaps the most destructive in the competition. McCullum, 37, is in the twilight of his career and has handed the captaincy to Lynn, but the big-hitting pair remain a huge threat at the top of the order. Ross, Burns, Labuschagne and Renshaw are also very capable, while Cutting always threatens to let loose, and the emerging Bryant turned heads with some blistering batting for Queensland in the domestic one-day competition early in the summer.

Weaknesses: The bowling looks shallow, with not enough players proven to be big wicket-takers. The Heat are likely to need big summers from recruits Mujeeb, the young Afghan off-spinner who has an exceptional ODI record for his country, and the express Pattinson, who is coming along nicely after returning to Sheffield Shield cricket with Victoria after a long lay-off.

Availability: The main absentee for the Hurricanes will be the Australian Test skipper. Paine’s heavy workload with the national XI means he is unlikely to feature much for his club. McDermott has emerged as a white-ball batting option for Australia after a strong JLT Cup, while D’Arcy Short, a hero in this tournament last summer, remains in Australia’s ODI mix. However the fact there are only three ODIs against India during the BBL means Hobart should be close to full strength for most of the tournament. There remains an outside chance national selectors could recall Wade given his weight of red-ball runs. 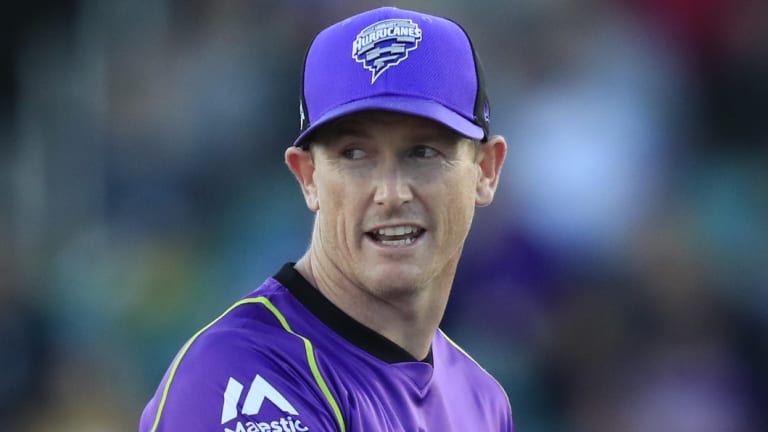 Strengths: The Hurricanes made a barnstorming run to last year’s final and explosive batting was the big reason behind it. Short hasn’t quite been able to repeat his form of last January but if he can come close then the rest of the competition should be afraid. McDermott, Wade and Bailey are also threats, while recruit Faulkner can’t be discounted despite his fall from grace.

Weaknesses: Import Archer was a revelation last summer and, along with Short, helped catapult the Hurricanes back into the title frame. However aside from the soon-to-be-naturalised Englishman, the bowling has been a little skinny. They will hope veteran spinner Botha, and former Australian mainstay Faulkner can make a difference. 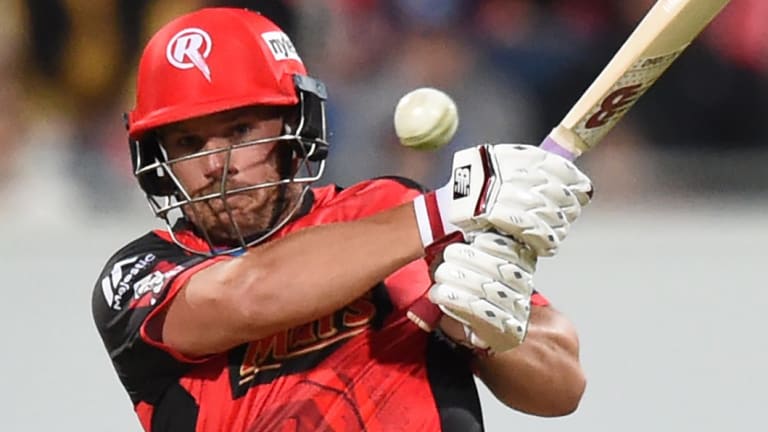 Aaron Finch has been devastating for the Renegades.Credit:AAP

Availability: The Renegades could be hit reasonably hard. Finch and Harris are the incumbent Test openers, and while neither has yet cemented their spot, the Renegades will, at the very least, need to change things up early in the tournament. Fast bowler Tremain is also around the mark in Test cricket, while Richardson and Holland have both played for Australia this year and loom as potential international back-ups. Finch is also the ODI captain, so is unlikely to feature until late in the BBL. Usman Khan will be replaced by fellow left-arm import Gurney midway through the tournament.

Strengths: Arguably the biggest strength of the Renegades is their versatility. Even having lost Bravo to the Melbourne Stars, the Renegades can still call upon the all-round talents of Wildermuth, Nabi, Cooper and Webster, as well as Christian, who has joined from Hobart. They would have yet another all-round option if Sutherland wasn’t still making his way back from injury.

Weaknesses: The top-order batting is a bit of a concern without Harris and Finch. Ludeman spent a lot of time down the order last year but will probably need to absorb more of the responsibility, while veterans White and Cooper will again be called upon to deliver. 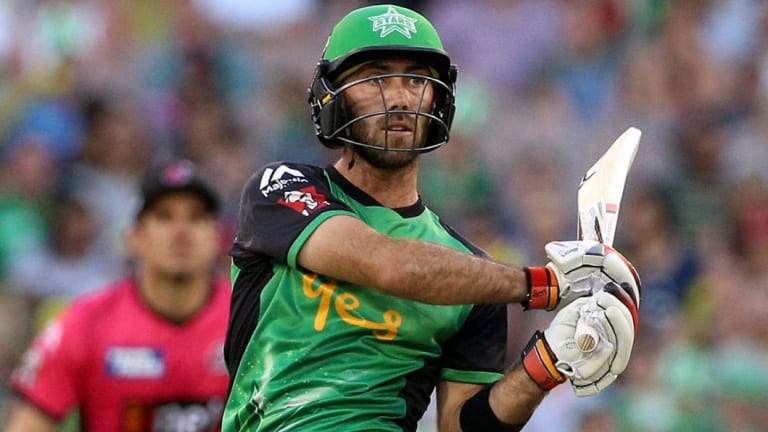 Availability: Maxwell would desperately love to be a part of Australia’s Test side but, as it stands, that seems unlikely this summer. The Stars will be the beneficiaries, likely to be able to call on their new captain for the bulk of the tournament, with the exception of the brief ODI window from January 8-18. Stoinis and Zampa are also likely to be a part of that Australian ODI squad, while Handscomb’s availability will hinge on whether he can cement his spot in the Test top six having been given another chance in the baggy green. Veteran paceman Plunkett will replace Lamichhane when the Nepalese teen departs for the Bangladesh Premier League. Maddinson broke his arm playing in the Sheffield Shield and will miss around a month, set to be replaced by NSW batsman Nick Larkin. Gotch is also sidelined with a broken finger.

Strengths: Whiz kid leg-spinner Lamichhane headlines a tweaker-heavy squad. Spin is clearly a focus, with Zampa, Bowe, veteran Beer and Maxwell all very capable. The fact Maxwell and Stoinis should be available for most of the tournament is a huge bonus given they are arguably the country’s two leading white-ball all-rounders.

Weaknesses: Little went right for the Stars last summer, and the top order was chief among their issues. Opening pair Dunk and Wright completely flopped, and the Stars desperately need Dunk, who has twice been the leading run scorer in this competition, to enjoy a reversal of fortunes. 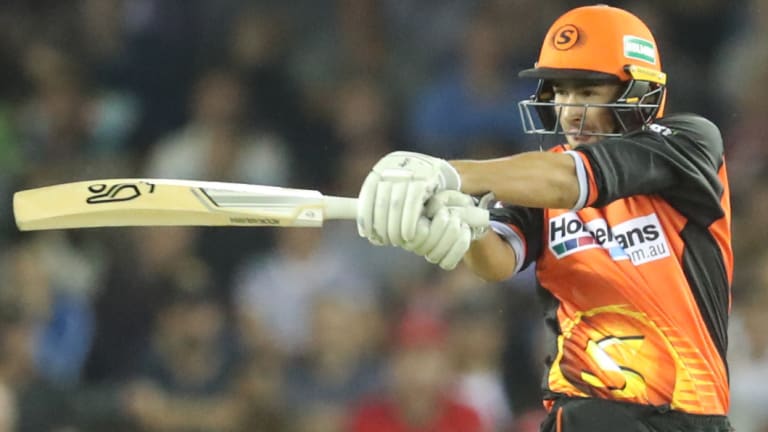 Availability: The Scorchers are regularly hit hard by international call-ups although it might not be quite as bad this year. Shaun Marsh looks reasonably secure in the Test side although his brother Mitchell has lost his spot. Returning late this month from suspension, it’s hard to envisage Bancroft playing for his country again before the summer is out. Several of Perth’s impressive brigade of quicks are in the mix for a white-ball bowling spot but fitness – both their own and those above them in the pecking order – will play a big role in determining how many pull on the yellow kit. Agar, too, is another perennial international squad member.

Strengths: Above all it is the Scorchers’ bowling depth that has led to their repeated finals berths. In Tye, Kelly, Richardson, Coulter-Nile, Behrendorff and Paris they hold an embarrassment of seam-bowling riches, even if all of them being available at once sometimes feels like a pipedream.

Weaknesses: The batting isn’t terrible, but it looks a bit vulnerable. Turner returned to form with an impressive showing for Western Australia in the recent Shield game against Victoria, but Klinger is clearly in the twilight of his career and is coming off a recent injury sustained during a Twenty20 tournament in South Africa. Cartwright is capable but hasn’t quite delivered as consistently as hoped. 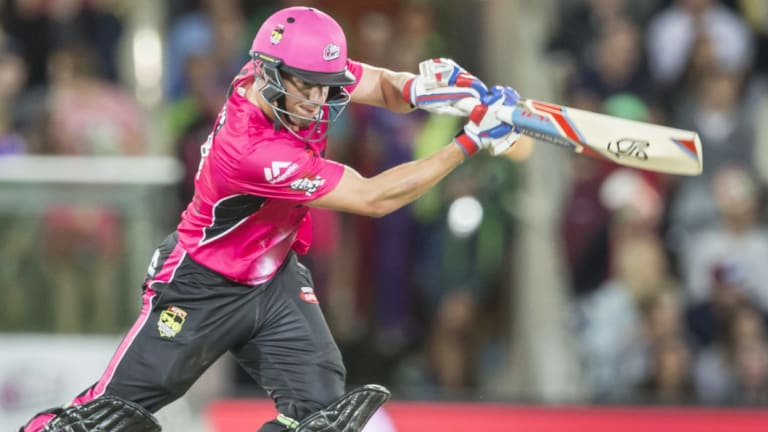 Availability: Barring any unforeseen call-ups, only Australia’s pre-eminent off-spinner in Lyon is likely to be unavailable during the tournament. He hasn’t given up hope of a one-day recall, so there is a chance he mightn’t play until deep into the tournament.

Strengths: Their imports are impressive. Batsman Denly is on the cusp of a long-awaited Test-debut after an outstanding year in county cricket, and did very well when he joined the Sixers late last season. Curran should be no stranger to Australian audiences, having played for England here last summer, and the paceman looms as a major threat.

Weaknesses: There are some very talented cricketers in this squad, with the wunderkind leg-spinner Pope and emerging batsman Philippe both viewed as future Australian players. But the fact is both are still young, underscoring the general theme of inexperience in this squad. Veterans like Henriques, O’Keefe and Nevill may need to carry a heavy load.

Availability: The Thunder pulled off a coup by securing England Test captain Root and star batsman Buttler for the first half of the tournament, at which point they will be replaced by Devcich and Jordan. Khawaja is unlikely to feature much during the tournament and Cummins is in the same boat. It will be interesting to see whether Cricket Australia release the latter for the end of the tournament if the Thunder can make it through to the finals. 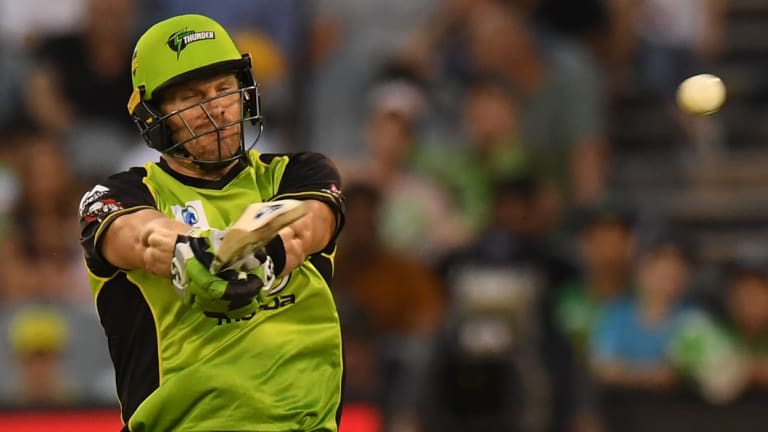 Strengths: Clearly Root and Buttler loom as potential match-winners. Combined with the evergreen Watson, mainstay Patterson and the potential late-season addition of Khawaja, this is a seriously impressive batting line-up which should be expected to do a fair bit of damage.

Weaknesses: Fawad keeps on keeping on, having success across multiple continents this year despite initially being dumped by Victoria. The leggie and fellow tweaker Nair, whose action has been remodelled, are both keys. The pace stocks are a bit leaner though. They will be hoping the late addition of Tasmanian Rainbird can make a difference.