Saturday night's semi-final between Sydney FC and Melbourne Victory will be the 40th time the two clubs have met in a rivalry that's grown organically and verges on spiteful. These are 10 moments that made it so.

The two clubs met in round one of the inaugural season, but it was the second meeting between the pair that heightened the tensions. On October 16, 2005, at packed house at the old Olympic Park in Melbourne, Victory took the gloss off the so-called glamour club of Australian football, thrashing Sydney 5-0. Victory were jubilant, but it proved the high point of their first season. Sydney went on to win the league, but the thumping in Melbourne left a dark stain on their first season.

If the second meeting set the tone, the fourth Big Blue lit the fuse. Mebourne's Brazilian midfielder, Fred, struck Sydney's Mark Milligan with a sickening blow,  elbowing him in the throat. Milligan struggled to breath after the challenge and required medical treatment. The incident was not seen by the officials but Fred was immediately substituted before further action could be taken. 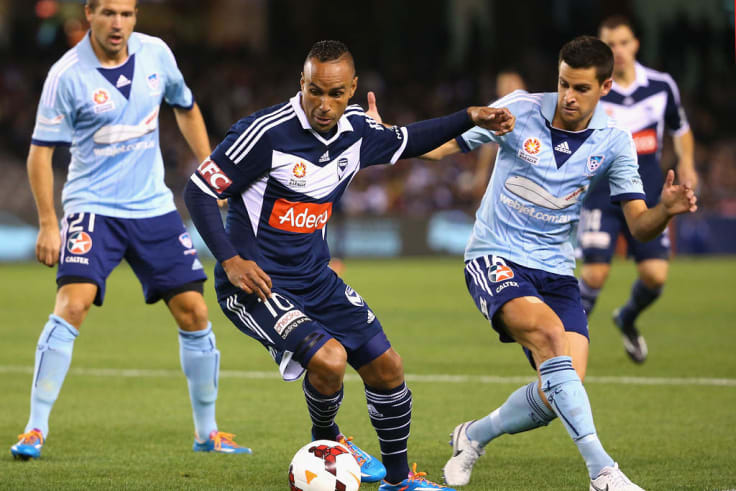 It was hardly the most memorable match between the two but it will go down in history for a record-breaking attendance. In the greatest sign of the young rivalry's legitimacy, 50,333 packed into Etihad Stadium to witness a bore draw.

It was hardly the massacre Sydney FC made it out to be but it was one of the sweetest wins. As fate would have it, the two clubs faced one another on the final day of the season in Sydney, where a win for either would have delivered them the Premier's  Plate. A 2-0 win for Sydney FC  clinched their first premiership. A John Aloisi strike from outside of the box crowned the occasion for the Sky Blues in a match that set the tone for a dramatic final series.

After playing twice in the finals since Valentines Day, the two clubs met again in the decider in Melbourne. Some 44,000 packed Etihad Stadium for a tense finale where nothing split the pair. One-all after extra time and the match went to penalties. The usually reliable Muscat missed from the spot, and the thud of his effort hitting the post echoed around Docklands. Sydney FC went on to win the shoot-out and clinch the championship.

Headlines weren't just made from the clashes on the pitch.  All too often they were made away from the arena. The first stoush between supporters began on day one and it didn't take long for violence to escalate. A clash in Melbourne saw fans throwing objects at each other, shattering the window of a full tram carrying passengers. Melbourne fans stormed a pub and attacked Sydney supporters with weapons and bottles. Frequent brawls, some organised, occurred in parks and public places in areas around stadiums. The worst was in 2013 in Surry Hills where a Victorian man was stabbed in the torso.

The first signs of a star in the making came six years ago when a teenaged Andrew Nabbout proved to be final straw for then Sydney FC coach Ian Crook. With Victory trailing 2-0, the youngster was thrown into the contest and scored two stunning goals to spark a 3-2 comeback at Allianz Stadium. He not only upstaged Alessandro Del Piero but his performance proved the catalyst for Crook's resignation and what became one of the most disappointing eras for Sydney FC. The next morning, the English coach stood down from his position. The Sky Blues missed out on the A-League finals and spent the bulk of the next two years in a state of flux. 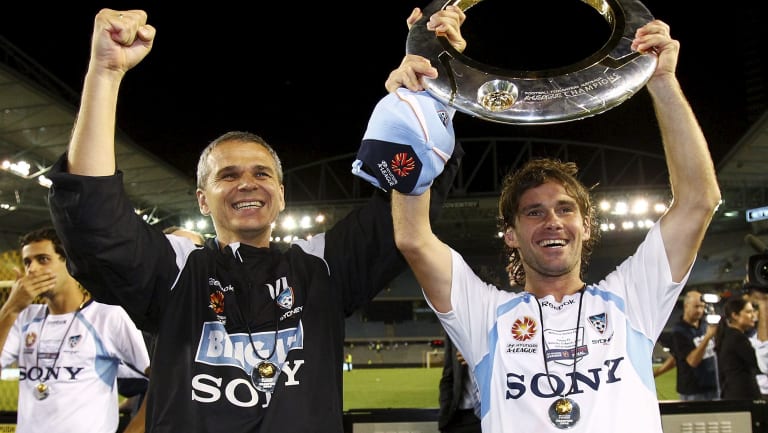 Hard road: Vitezslav Lavicka and Karol Kisel of Sydney hold the trophy after the 2010 A-League grand final win over Melbourne.

It had been four years since Sydney FC won a Big Blue in Melbourne and on January 26, 2014, they snapped that rut in emphatic fashion. The Sky Blues sought to pull themselves out of a slump at the expense of their rivals and thrashed Melbourne Victory 5-0. Del Piero scored a brace but the goal most remembered was that of former Victory defender Seb Ryall, who scored against his former club and celebrated in front of his former fans.

Of all the bitter blues between the two, none was as personal as the 2015 decider. Little separated the two teams during the regular season. Victory won thePremier's Plate on the final day but Sydney FC coach Graham Arnold gave little respect or regard for his rival's triumph. His media comments digging at Victory were used as motivation by Melbourne coach Kevin Muscat, who posted Arnold's remarks around his team's dressing room. The result? A 3-0 drubbing for Sydney that left them battered and bruised. Fan favourite Leigh Broxham sealed the rout just to make the moment all the more special for Victory. 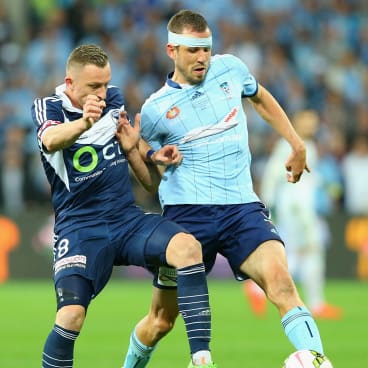 A scintillating Sydney FC had topped the regular season in a canter but had to beat Melbourne Victory in yet another grand final Big Blue to claim the main prize.

With little hope of out-playing Sydney FC, Melbourne's plan relied on bringing them down to their level and beating them on experience. What transpired was one of the most aggressive and physical displays seen in such a game. In all, 60 fouls broke up the match and 11 yellow cards were brandished, which was fewer than deserved. The match went to a penalty shootout, where former Victory goalkeeper, Danny Vukovic, proved decisive in Sydney's win. He saved Marco Rojas's attempt before a battered Milos Ninkovic slotted the winner. 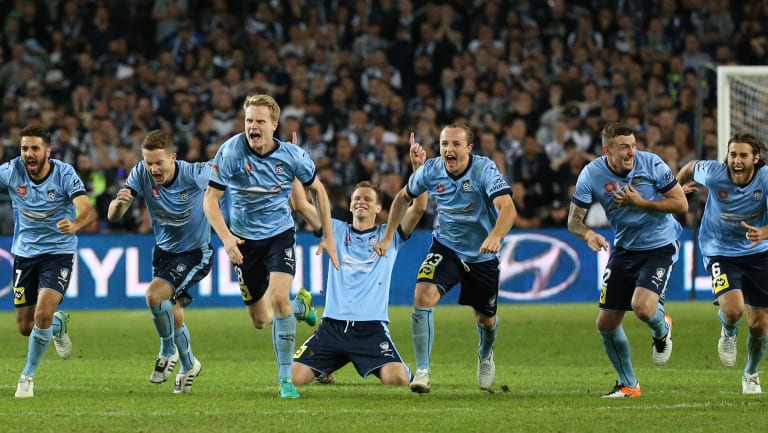