Three months after Canterbury officials indicated David Klemmer was not for sale, Newcastle are poised to make him the highest-paid front-rower in rugby league.

Klemmer is reported to have met with Bulldogs chief executive Andrew Hill last week to discuss the possibility of leaving the club, although it is understood he has not yet formally requested a release from the remaining two years of his contract. 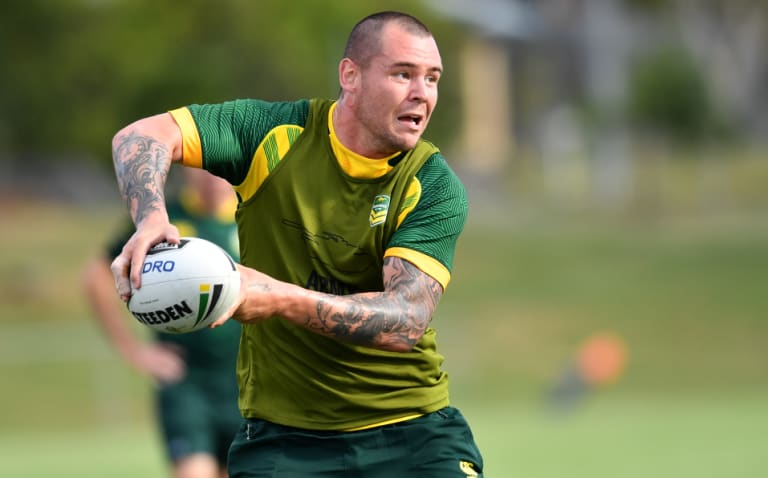 Fairfax Media has been told that the Wests Group, owners of the Knights, agreed at a board meeting last Thursday to launch a bid for Klemmer that the Bulldogs would find almost impossible to match. The Knights are reportedly prepared to offer the Test prop a four-year contract worth $4.6 million, apparently more than double what he is earning at Canterbury.

Knights/Wests Group CEO Phil Gardner dismissed as “speculation” reports that negotiations were already under way with Klemmer, saying on Monday: “He would be great for us but is currently contracted to the Dogs.”

Under the NRL’s anti-tampering regulations, Klemmer is supposed to be off limits to rival clubs until November next year. The NRL has the authority to impose a range of sanctions, starting with warnings and fines, in the rare event that a tampering offence is proven.

An estimated $2 million of Newcastle’s 2019 salary cap remains unspent, and Knights coach Nathan Brown has repeatedly stated that his priority is to sign a “marquee forward” capable of putting his team on the front foot.

Brown told Fairfax Media in July that he bumped into Canterbury chair Lynne Anderson and her husband Chris, a Bulldogs board member, by chance at a service station on the M1. The conversation turned to Canterbury’s much-publicised salary-cap problems, at which point Brown declared: “We’ll be happy to help you out and take Dave Klemmer off your hands.” Brown said that Chris Anderson “laughed at me” in response.

If Newcastle are successful in signing the 24-year-old, it will be the second consecutive year in which they have staged a recruitment coup late in proceedings.

Last November they beat a host of clubs to sign former Roosters halfback Mitchell Pearce to a four-year contract.

Newcastle have already bolstered their ranks for next year with the addition of Tim Glasby (Melbourne), Mason Lino (Warriors) and Cronulla duo Jesse Ramian and Edrick Lee, but they still have several vacancies on their 30-man roster.

Meanwhile, Newcastle announced on Monday that versatile Jamie Buhrer had re-signed until the end of the 2019 season.

Buhrer, one of Newcastle’s co-captains last season, has played in 36 games for the Knights since arriving from Manly at the start of 2017.

“My family and I absolutely love Newcastle and couldn't imagine leaving,” Buhrer said in a club statement.

“I'm confident the club is headed in the right direction and excited to be part of what I believe will be a very successful future.”