Jack Bird has turned a blind eye to the State of Origin storm over his suitability to wear NSW's No.6, but his former coach Shane Flanagan has urged Matt Moylan to return to the representative arena as a Blues wildcard for Brad Fittler.

Only days after Andrew Johns anointed the out-of-sorts Bird as the big body NSW desired at five-eighth, the Brisbane playmaker has shut himself off from the Origin debate just days after a stinging self-appraisal of his first few games with the Broncos. 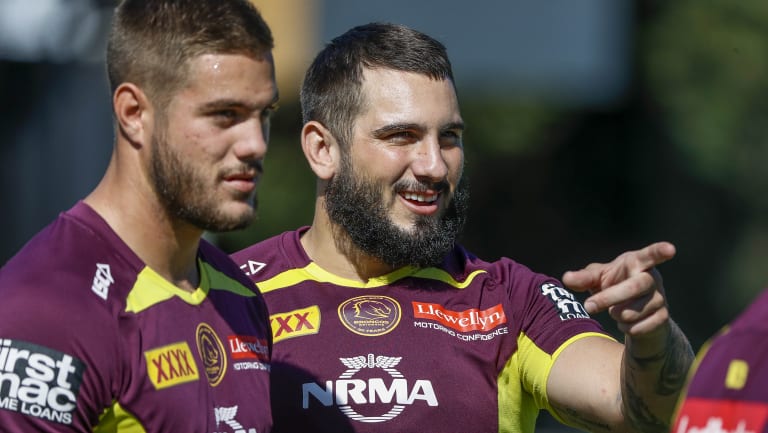 “I am trying not to think about NSW," Bird said after he he wore the No.7 and recovered from an early howler to help the Broncos mow down the Rabbitohs on Thursday night. "If I get chosen, I get chosen. I am trying to stay off the internet and trying to stop reading about all that stuff.

Moylan's own mental approach has been the subject of much conjecture in the past six months after his switch to the Sharks – and he was almost considered to have fallen off the NSW radar as he struggled with early-season knee and shoulder complaints.

A return to the NSW halves alongside James Maloney, the man he swapped clubs with over summer, would be one of the stranger scrum-base combinations, however remote the chances may seem.

But Moylan's Sharks coach Flanagan, who won't be burdened with the Origin drain of previous seasons as Wade Graham, Josh Dugan and Valentine Holmes push for selection, wanted his 26-year-old enigma to target a Blues recall.

"Those type of players that have played for their country and played Origin before always have it in the back of their head they want to do it again," said Flanagan, who is sweating on Graham returning from a hamstring complaint for Saturday's clash against the Gold Coast.

"I put Matty Moylan in that category as a rep player. We need him to play rep football because that means he's playing well at the Sharks.

"It's a new coach [for NSW]. I'm not real sure which way Freddy [Fittler] is going to go – I don't think anyone does. It's a good thing for all the NSW players as they've got to perform or they don't get in. Performing now is not good enough [with] what I've spoken to Freddy about.

"You've got to perform right up until that Sunday the Origin team is selected. That's a good thing."

Nathan Cleary's imminent return from a knee injury could give him the inside running to partner Penrith teammate Maloney in the NSW halves if he can get through several NRL games unscathed.

But Bird will still have a big role to play as he settles into the Broncos halves alongside Anthony Milford.

Asked about Bird's scathing assessment of his start to life in Brisbane before the win against the Rabbitohs, Broncos veteran Sam Thaiday said: "It was a bit surprising when he came out and pretty much bagged himself out and [brought] himself down. 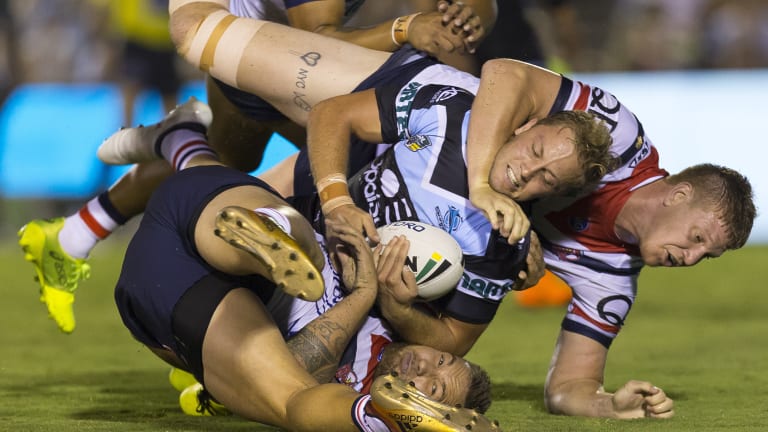 "We have to make sure he's in a positive frame of mind and if he's having fun he plays some brilliant footy. I think every footballer is their harshest critic and, to be honest, I think he's being a bit hard on himself.

"We need to pump his tyres up a bit more at training and make sure he's happy and enjoying his footy."