The Blues supporter vowed to get the 39-year-old's image permanently inked onto his skin if his side beat Fulham on Sunday. 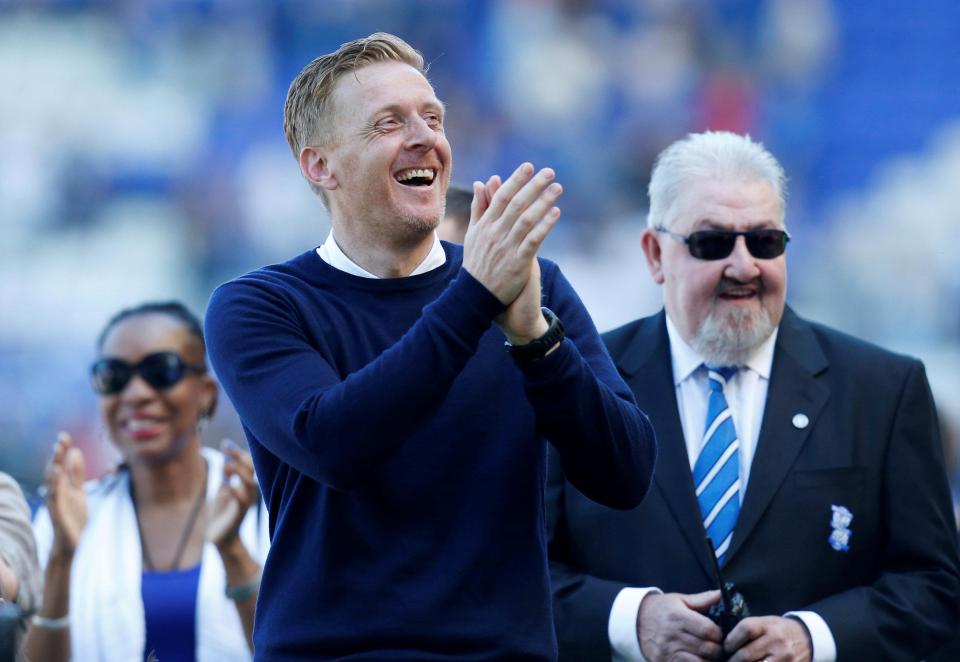 Kevin Tomlinson, from Birmingham, was then forced to open a gofundme page after Monk's men triumphed 3-1.

He said: "I promised if Birmingham City beat Fulham I would get Gary Monk's face tattooed on my bum and hey ho. Guess what happened.

"If I can raise enough for the small tattoo, remaining money will go to the justice for the 21 campaign."

And the Blues boss decided to help after he steered his side to survival in the Championship.

The former Swansea boss wowed fans by donating £80, which took Tomlinson's total up to £100.

After handing over the cash, Monk said: "Just paid for it, pal!

"But just one condition: all bluenoses want to see the proof!!!"

One fan hailed the 39-year-old as a legend, while another said: "Is that actually Garry Monk that donated £80 because that is hilarious." 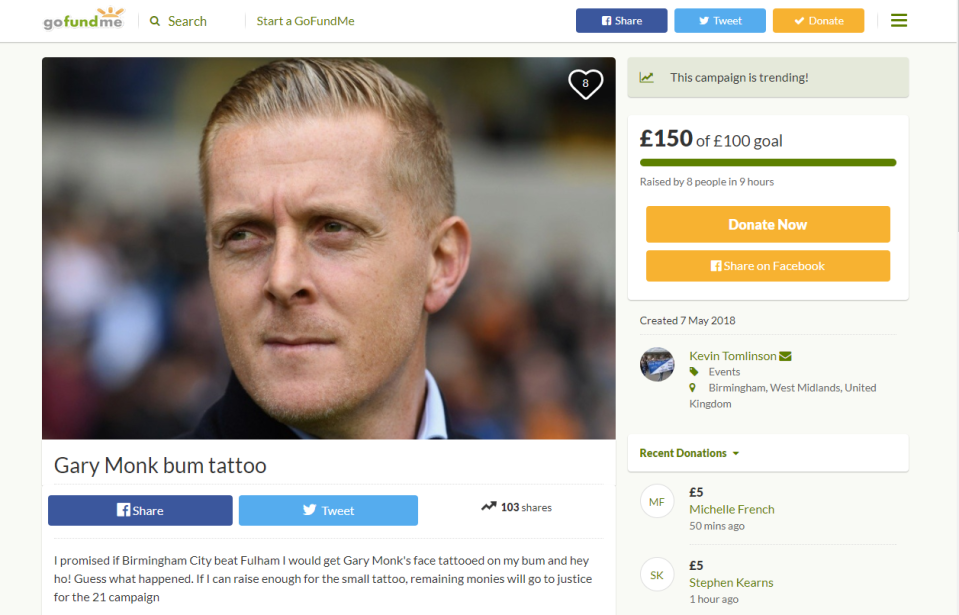 Monk confirmed it was him by tweeting an image of his donation to his personal Twitter page.

Despite only being live for one day, the page has already surpassed its initial target by £50.

Surprisingly, this tattoo is not the first of its type in the English leagues this season.

Last month Arsenal ace Alexandre Lacazette met a fan that had his face brilliantly tattooed on his bottom. 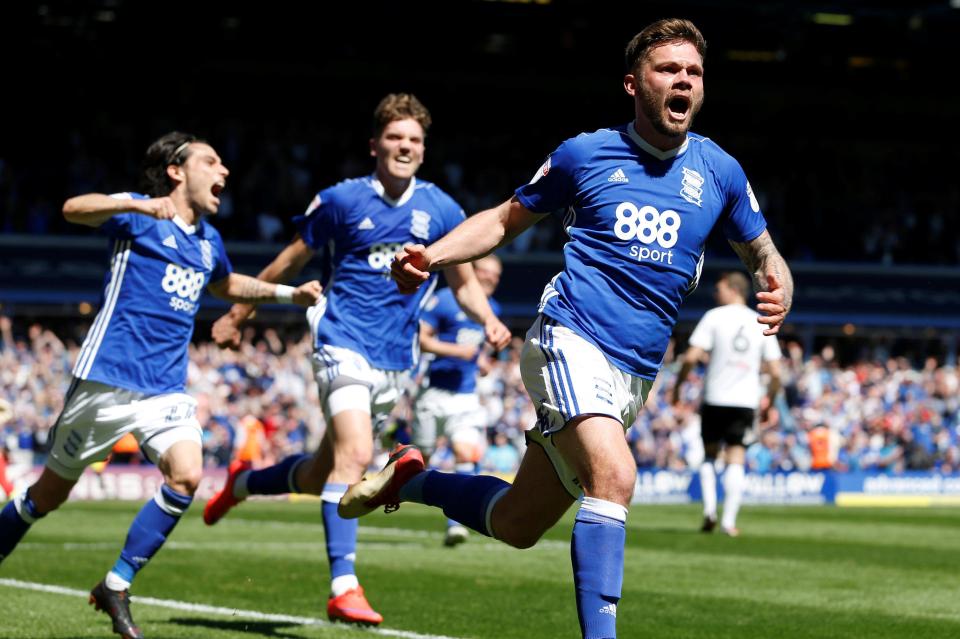