Look it is one thing for we of the rugby union to identify a young man of promise, shape him, teach him fabulous skills, get him fit, fill him with confidence, send him around the world and turn him into one of the best players going around, before he takes all those skills to rugby league and turns himself into the best player of his generation – I refer, of course, to Wally Lewis – but this is different. 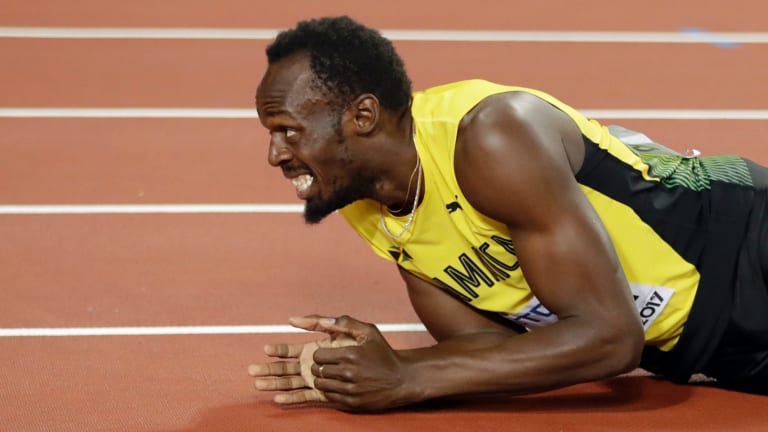 Let’s have a look at it. As far as we know, Bolt has one major sporting skill – and a killer skill it is – he is the fastest man that ever lived.

But what do you need to be a star in soccer? (And for once, let me not make unpleasant remarks.) You need speed, you need guile, you need to be able to read the game, you need – and this is the most important thing of all – to be able to control the flying orb with one flick of your foot, or one toss of your head, and send it exactly where you want it go. You need to be able to flick it left, flick it right, then left two more times, to get it past the defender, and bobble it about for a bit before flicking it on to your right foot at the exact moment your crashing boot comes swinging through for a – everyone, on my call – “GOOOOOOOOAL!”

How do the best soccer players get those skills, and be able to bend it like Beckham, to boot?

Obviously, by doing it from toddlerdom onwards. You need to have a bobbling ball on your feet, while in the kitchen, in the streets, on the way to school, at school, in the corridors, out on the fields, on the way home, back in the kitchen again and on the way to the bedroom for a quick kip, before you are at it again. And then do you turn into a star?

No. Only one in 10,000 does. Only those who were also born with colossal talent, and then go through that process and – these days – also receive specialised coaching, get to dominate and play serious professional soccer, if . . .

If they are capable of doing one other key thing.

They need to be able to do all those things by running hard for about 90 minutes.

See, if we are to measure Bolt’s qualifications for an athletic transfer of skills in this particular regard, then he is, seriously, the least qualified of the lot because his best performance to date goes – let’s see – for 9.58 seconds. 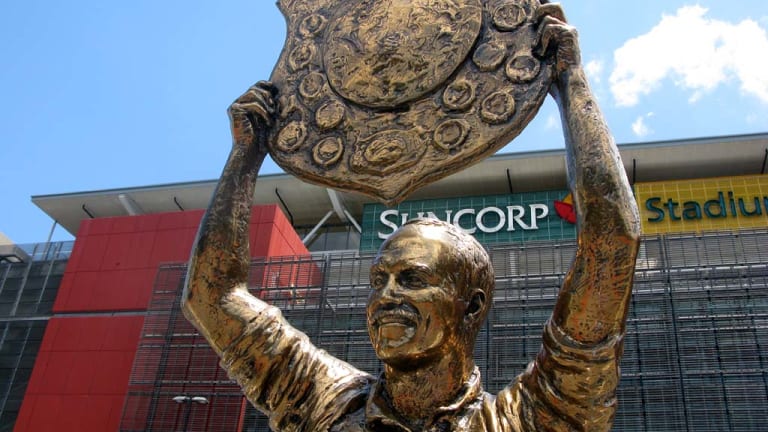 Legend: Wally Lewis is an exception when it comes to switching sports.

This is not to say that the skills of one sport are never transferable to another sport. As noted, Wally Lewis did it, as did other legends of league who started in rugby: Ray Price, Michael O’Connor and Ricky Stuart spring to mind.

But, there, the similarity of the skills required are obvious.

And there have been others who have shone at two sports. Ellyse Perry shines at both cricket and soccer, the way Deion Sanders and Bo Jackson used to be outstanding at both baseball and NFL. But they are – what’s that word again? – genii. By some cosmic wrinkle they got the sporting talent of 50 people in one, and developed those skills all through their teenage years.

So let’s have a look at the list of those of more advanced years who had a full blooming career in one sport and then transferred to another, and see if they became superstars there, too? 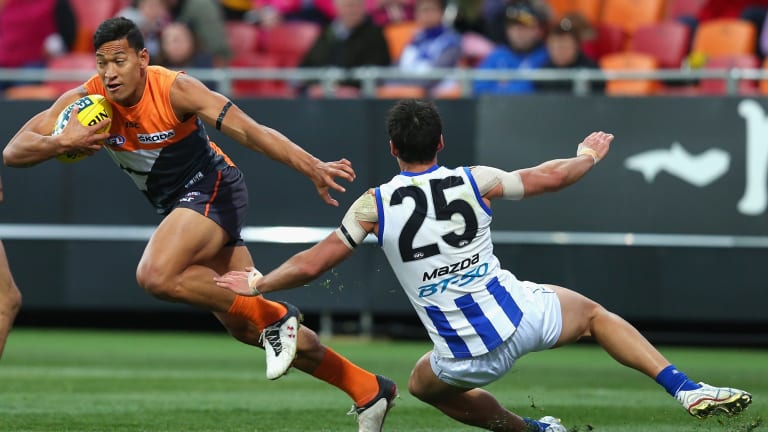 We can eliminate Michael Jordan, who dreamed of making it big in baseball, but never made it out of the second tier of the minor leagues. And certainly not Jarryd Hayne, when he tried to go to the NFL. His promising start with the 49ers fizzled into nothing very quickly – almost as quickly as playing Olympic Sevens with Fiji. Jeff Fenech, going from boxing to rugby league? No. The less said the better. Ditto, Darren Clark, going from athletics to NRL. Disaster. Israel Folau to AFL? Geelong forward Cameron Mooney was cruel, but on the money: “He doesn't know what to do out there … he is a statue watching the birds.” It was only when Folau went to rugby union that his skills proved transferrable.

All up – and I look forward to emails pointing out my omissions – on the local scene there are only two names that spring to mind when it comes to a star in one sport, going on, in maturity, to star in another sport of entirely different skills.

After playing rugby union for Canada, Mike Pyke became a regular player, if not quite star, for the Sydney Swans – a much bigger accomplishment than Tadhg Kennelly going from Gaelic football to AFL.

And of course, we have Anthony Mundine, who was a great player of rugby league, before becoming a highly accomplished boxer. In both cases though, Pyke and Mundine made the transfer when they still had plenty of juice left in the tank.

Usain Bolt will be 32 years old next month.

In sum, sports fans, this is not going to work. Bolt may, I guess, sign some kind of contract, turn up and make the turnstiles swing for a few weeks, just for the fun of seeing him play. But, actually pull his weight, be a bona fide member of the team, picked on ability alone, to help guide them to a Premiership?

It simply isn’t going to happen. And, for my money, it demeans the A-League if they even try, making a circus out of what is meant to be a premium sporting competition.