There was plenty of star power in the room at the launch of the A-League and W-League seasons on Monday. But the bloke who has brought an unprecedented worldwide buzz to Australian football was nowhere to be seen – and it may even be that he is never seen again in a Central Coast Mariners shirt.

Melbourne Victory’s Keisuke Honda and Perth Glory’s Sam Kerr were front and centre at Fox Studios, embracing their new roles as the faces of their competitions. As they should be. Honda, the Japanese superstar, and Kerr, the all-conquering Matildas sensation, are globally recognised players who will drag punters through the gates and glue eyeballs to TV screens. 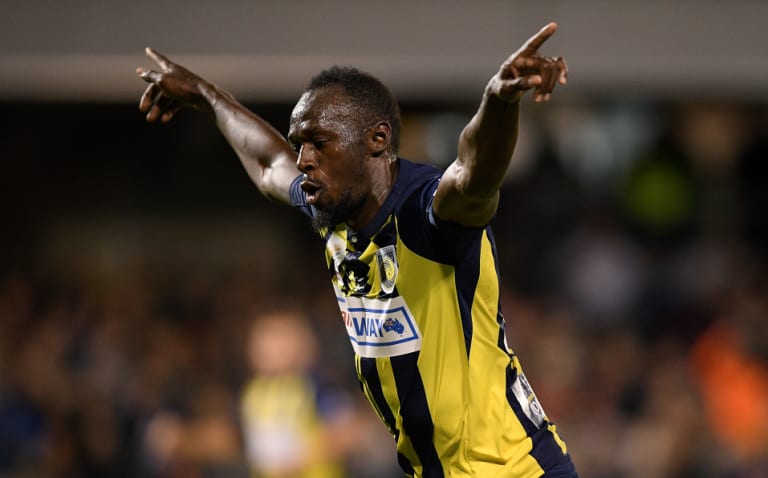 Leaving so soon? Usain Bolt celebrates one of his two goals in a pre-season trial last Friday night.Credit:AAP

Usain Bolt, meanwhile, could be on his way out. The Australian agent who facilitated his ‘‘indefinite training period’’ with the Mariners, Tony Rallis, confirmed on Monday night that Bolt has received a contract offer from a southern European club.

The deal would be for two years with an additional one-year option. If Bolt signs on the dotted line, his dreams of becoming a professional footballer – rather than a celebrity triallist in Gosford – will become an instant reality.

It has no doubt arrived because of the staggering amount of coverage generated by his brace against a cobbled together Macarthur South West United side in last week’s friendly. Bolt’s first goal has been viewed more than six million times through Central Coast’s Twitter account.

The former Olympic champion originally chose to link up with the Mariners because he loves the Australian lifestyle and didn’t have to learn a new language. He could be giving both those things up.

It’s understood Bolt has been paid a marketing retainer by the Mariners but until he becomes a contracted player, he won’t receive a regular wage. It’s clear Bolt is nowhere near ready for the rough and tumble of the A-League. 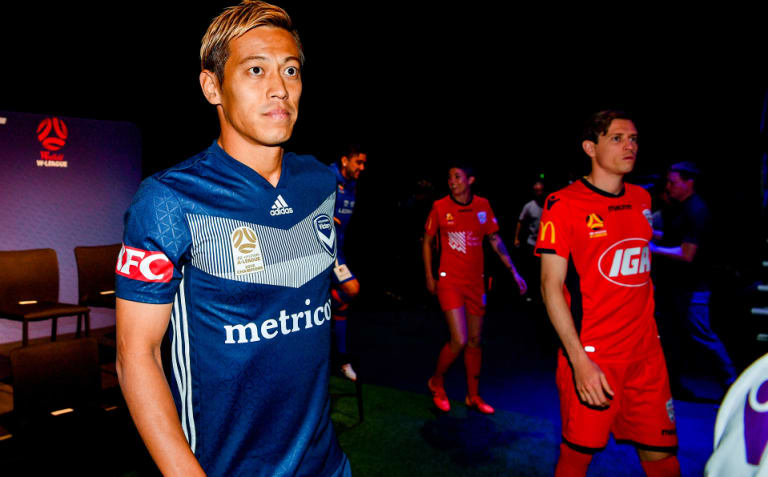 Big attraction: Keisuke Honda at the A-League season launch in Sydney on Monday.Credit:AAP

If the Mariners were to sign him and start playing him, they would be compromising their season. New coach Mike Mulvey has assembled the best squad Central Coast has seen since their championship year. Bolt doesn’t deserve a spot in it. Not yet, anyway.

If he chooses to try his luck in Europe, the Mariners can wash their hands of the experiment and say they gave him a crack but were ultimately gazumped by a richer club.

They have pretty much already got what they wanted out of Bolt – a bucketload of publicity – and the real footballers on their books could then step into the spotlight.

If Bolt is to stay put, it looks like a sweetener from Football Federation Australia would be required. But that doesn’t seem to be forthcoming.

FFA has previously ruled out using its $3 million marquee fund – which helped lure Honda to the A-League and kept Kerr in the W-League – to supplement any permanent deal for Bolt.

FFA chief executive David Gallop said on Monday the governing body would consider dipping into its marketing budget, but only if the Mariners decided he was worthy of a contract.