It’s been more than 5000 days, and Essendon chief Xavier Campbell has declared his club is free of distractions – and excuses – to chase the Bombers’ first finals win for 15 years.

After a successful first season at the Bombers for recruits Devon Smith (best and fairest this year), Jake Stringer and Adam Saad, Essendon list manager Adrian Dodoro snared another coup for his club this year, completing a trade for Greater Western Sydney gun Dylan Shiel.

And with the club thriving off the field – with their debt reduced from $11 million to nearly $4 million following the tumultuous drugs saga – Campbell said there was no reason his side couldn’t challenge finals contenders.

"I think we've got a really clear run at it," Campbell said on Tuesday. 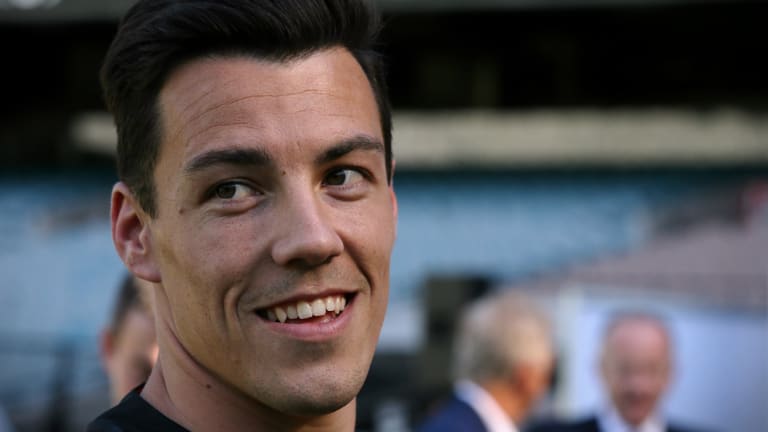 "There have been a range of distractions over the years but now we're at a point, and I know (coach) John (Worsfold) has spoken about this before, that we can see the steps that we're taking now.

"We don't have the distractions. Our peripheral vision isn't clouded any more and that's exciting."

Campbell was in his mid 20s and travelling through Europe in 2004 when Essendon last won a final; against Melbourne.

Granted, the club has gone through an unprecedented period in its history since then, something that will be remembered for decades to come.

"Our list build was slightly interrupted four or five years ago,” Campbell said.

“But Adrian (Dodoro) and (coach) John (Worsfold) have spoken to this, our need to build robustness in our midfield was a clear priority and we've been able to achieve that with adding Dylan to the side.

"I feel (the same as) Adrian and John, that we've got a list where we can really compete."

Campbell was speaking at the club’s headquarters in Tullamarine, following an announcement from Federal Opposition leader Bill Shorten, who pledged $4 million to the second phase of redevelopment, should Labor be elected.

The development will also support the expansion of disability sporting programs, which is closely linked to Essendon’s direct partnership with the Australian Paralympic Committee.

The full Essendon squad doesn’t return to pre-season training until Monday, but there have been a handful of senior players beginning work early.

Stringer and Saad were both in the gym on Tuesday morning, donning the boxing gloves and heading into the ring for some extra fitness.