The Australian men's basketball tea will make their Victorian homecoming later this year with FIBA World Cup qualifiers in Bendigo and Melbourne.

The Boomers will play Kazakhstan at the redeveloped Bendigo Stadium on September 17 in a game which could see the return from suspension for star guard Chris Goulding following the spiteful brawl in the Philippines earlier this month. 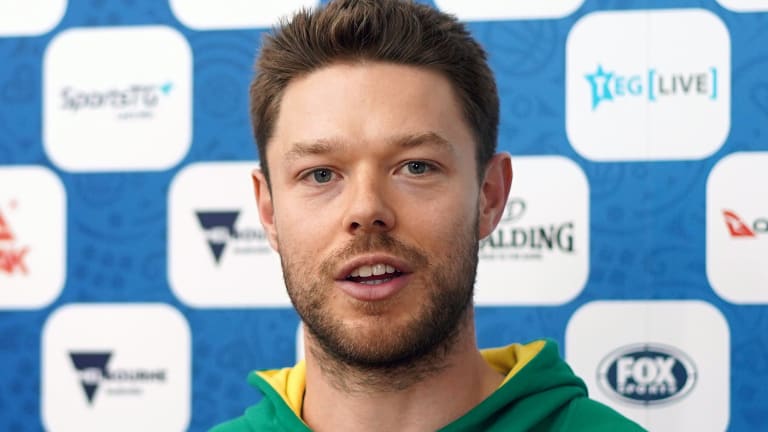 Maryborough boy Matthew Dellavedova could play in nearby Bendigo.

Basketball Australia is still considering its options for an appeal to a FIBA disciplinary panel decision to suspend Goulding for one game for “inciting sportsmanlike behaviour” in the lead-up to the brawl which made headlines around the world.

The Boomers play Qatar in Qatar on September 13 before coming home for the Bendigo game.

It’s not confirmed if Maryborough product Matthew Dellavedova will be available for the Bendigo fixture, which falls very close to the beginning of his NBA pre-season training with the Bucks.

Margaret Court Arena will then host both the Boomers’ pivotal home qualifiers against Iran and Qatar on November 30 and December 3.

If the Boomers win all three home games they will likely lock in qualification for next year’s FIBA World Cup in China as they have carried over their 5-1 record for the first round into the six-game final stage.

“The game will be a landmark event for the city of Bendigo as we bring international basketball to their new stadium for the first time,” Moore said.

“Bendigo has a proud basketball history and we are sure that fans from across regional Victoria will get behind our Boomers as look to secure our spot in next year’s FIBA World Cup.”

Tickets for all three games will go on public sale on July 26.

The NBL will announce its fixture on Wednesday with the season to pause during the FIBA windows in November/December and again in late February FIBA when the Boomers play their final two qualifiers away to Kazakhstan and Iran.