Girls wore revealing dresses while a number of the boys looked like characters from Peaky Blinders in three piece suits and flat caps. 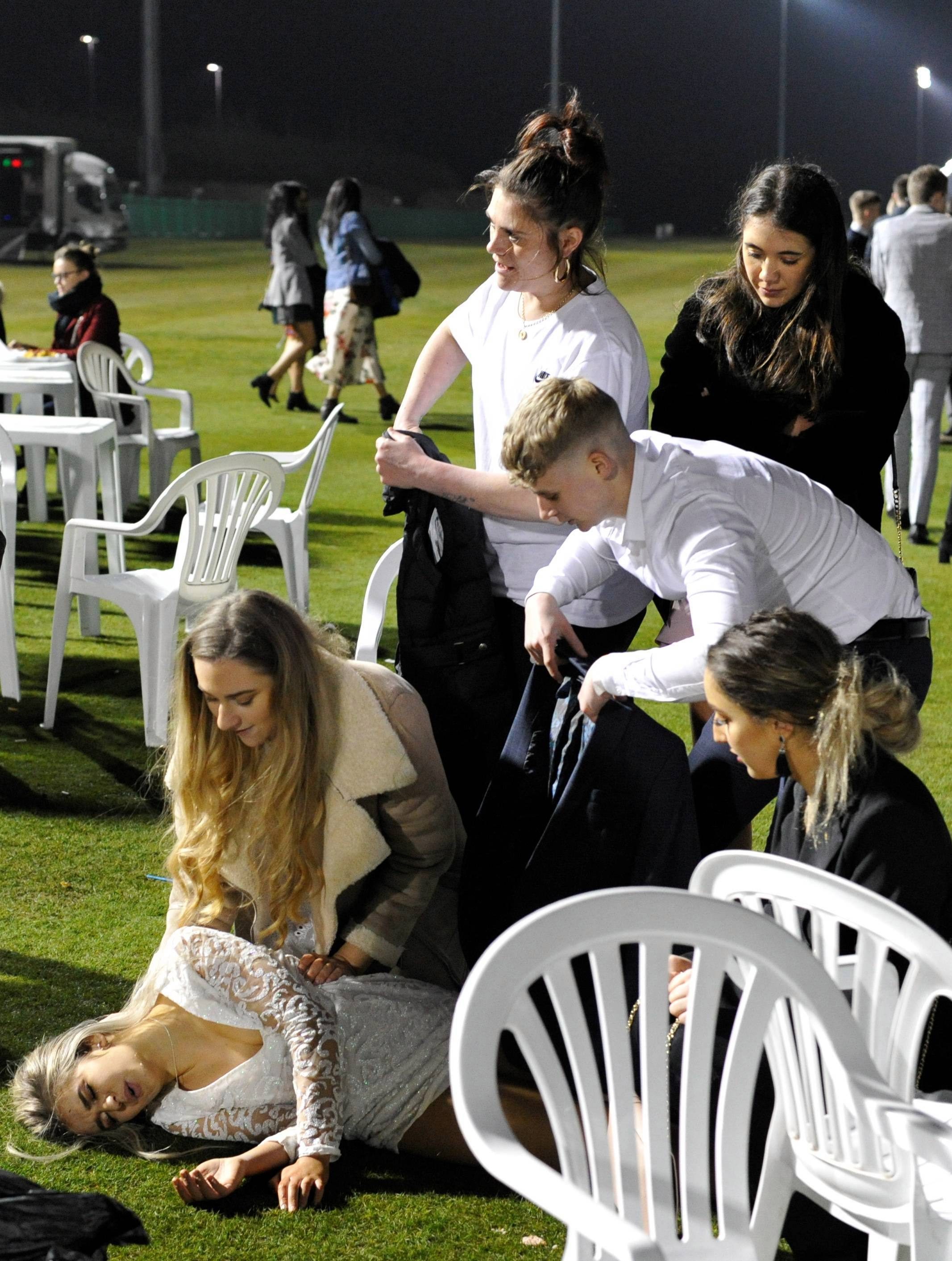 Organisers of the event even set up fairground rides – including dodgems – and an outdoor stage booming out music with Djs.

But boozers were seen falling off chairs and collapsed to the ground as the partying went on into the night.

Racecourse staff then spent hours picking up hundreds of empty plastic cups and bottles strewn across the famous racecourse.

A shocked onlooker said: "It was like Ibiza had come to Newcastle racecourse. 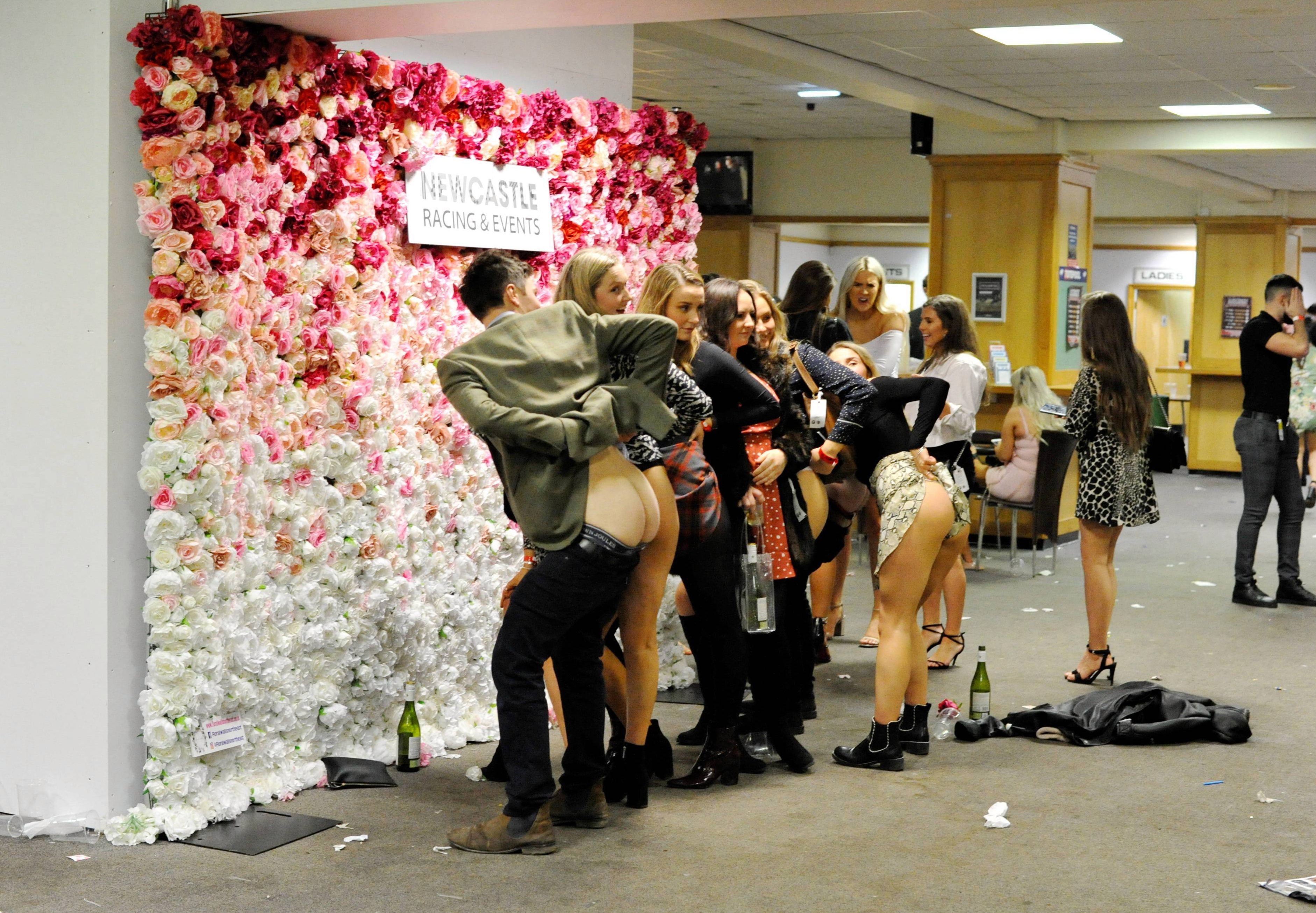 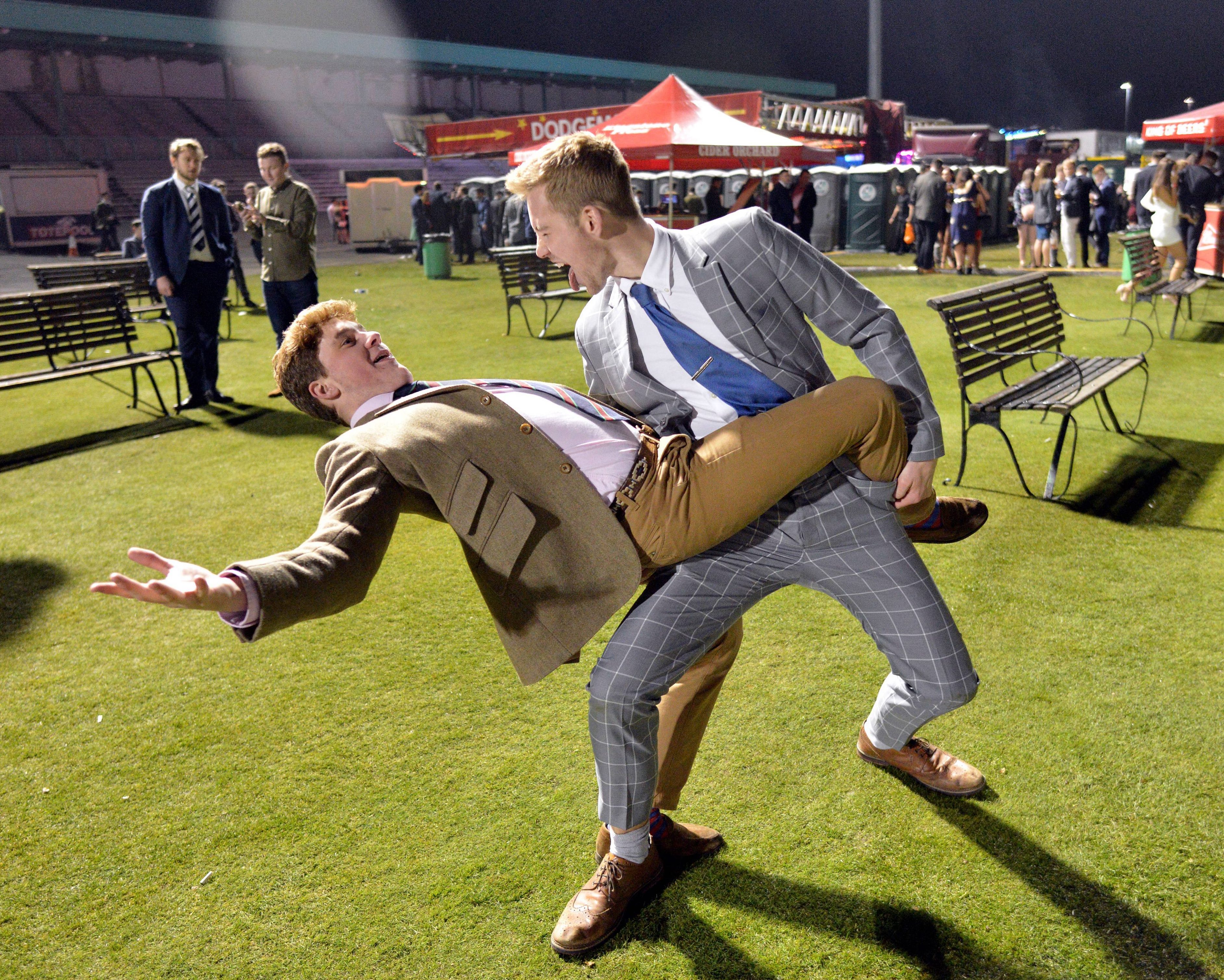 "It was not like the usual clientelle. You expect to see proper ladies and gents and pundits dressed in tweed assessing the horses at racecourses.

The first race began at 5.30pm but within half an hoursome girls had kicked their heels off and opted to walk around barefoot or in flip flops and swig from wine bottles. 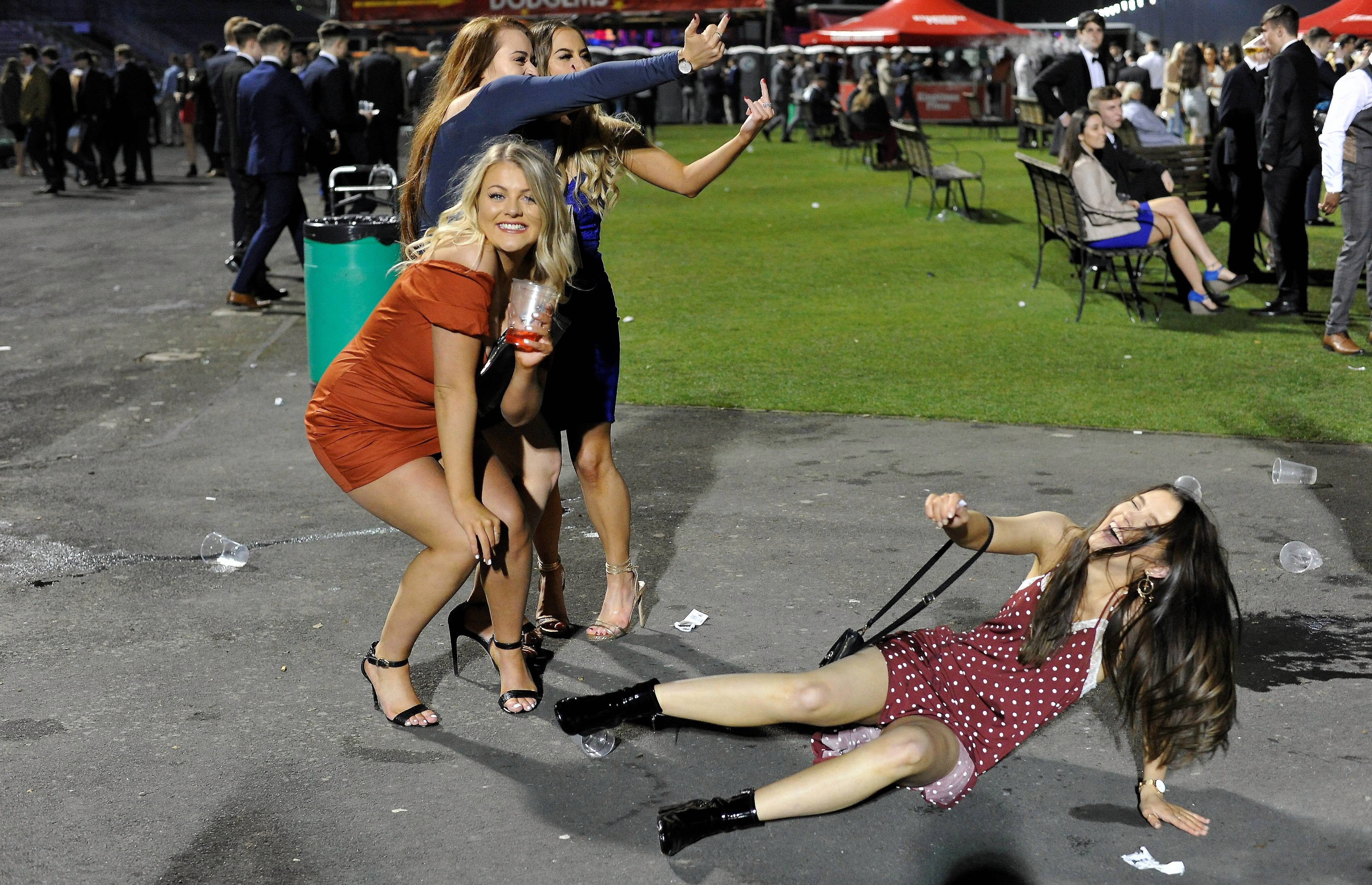 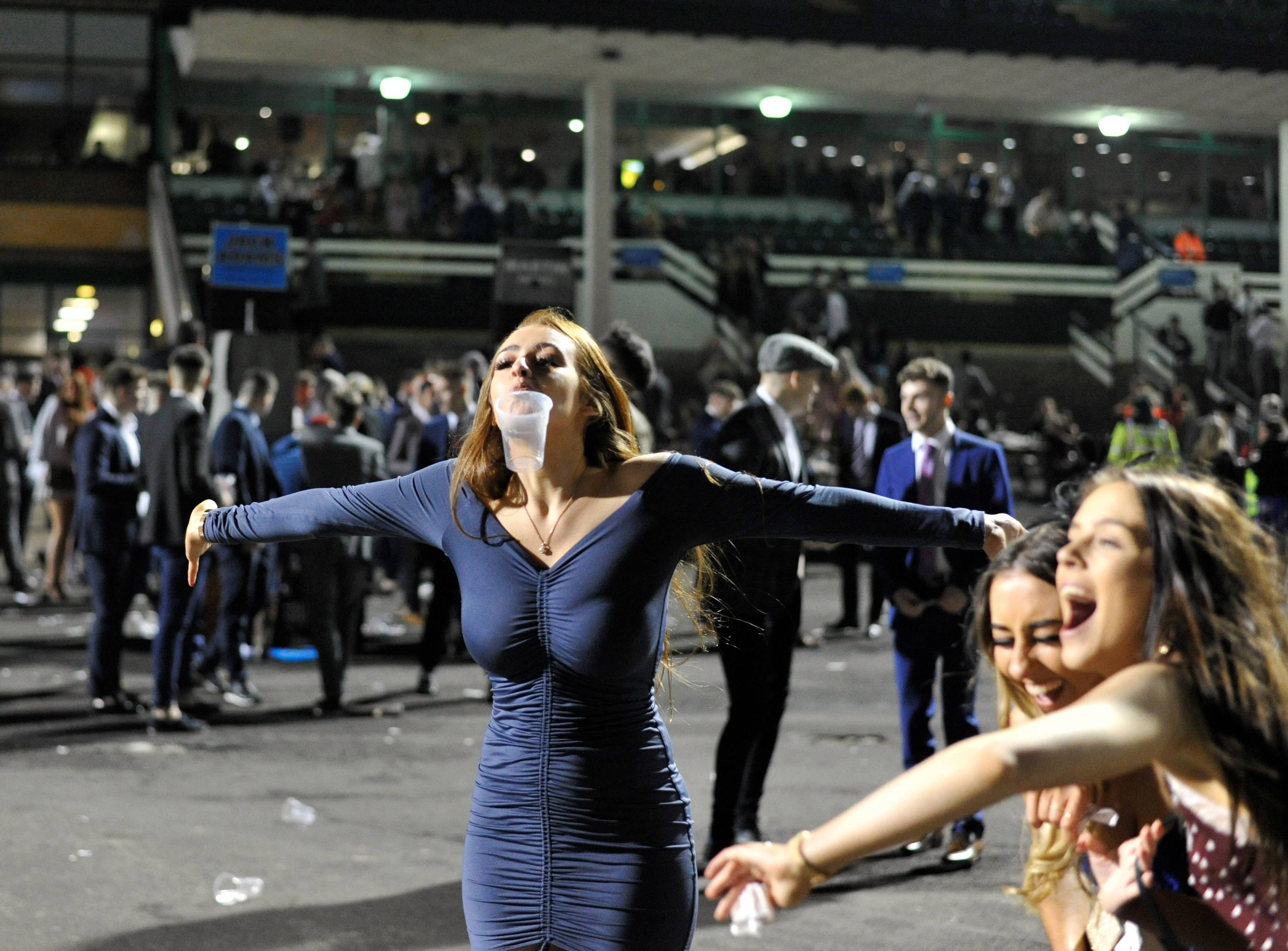 In a bid to get a better view of the racecourse others stood precariously on plastic chairs while two boys grabbed a wooden bench.

One girl's night came to an abrupt end when she drunkenly slumped off her chair and then fell head first as pals tried to get her to her feet.

One race-goer said: "She was mortal. Then all of a sudden she was on the floor.

"She was taken off in a wheelchair by the emergency service staff for first aid. 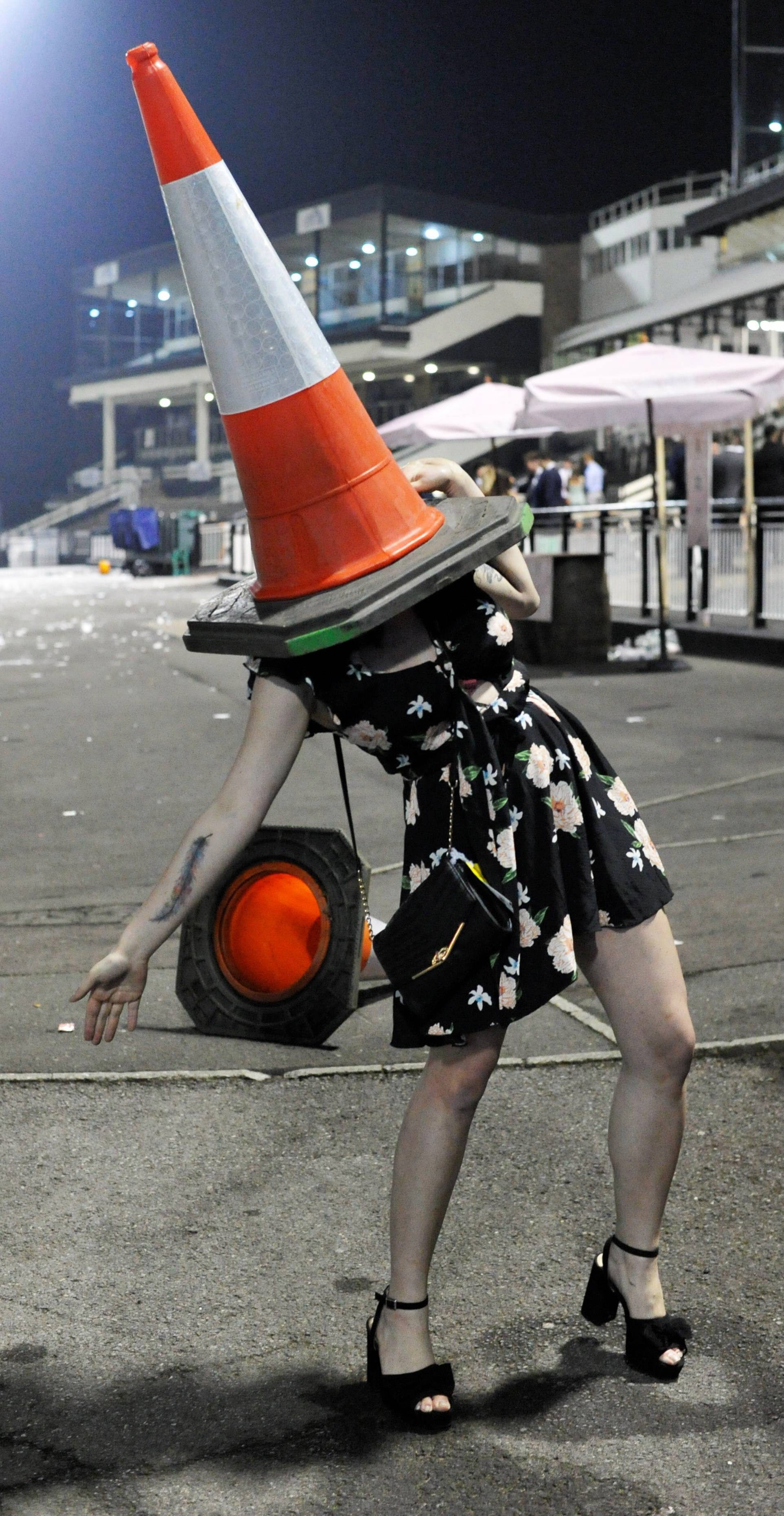 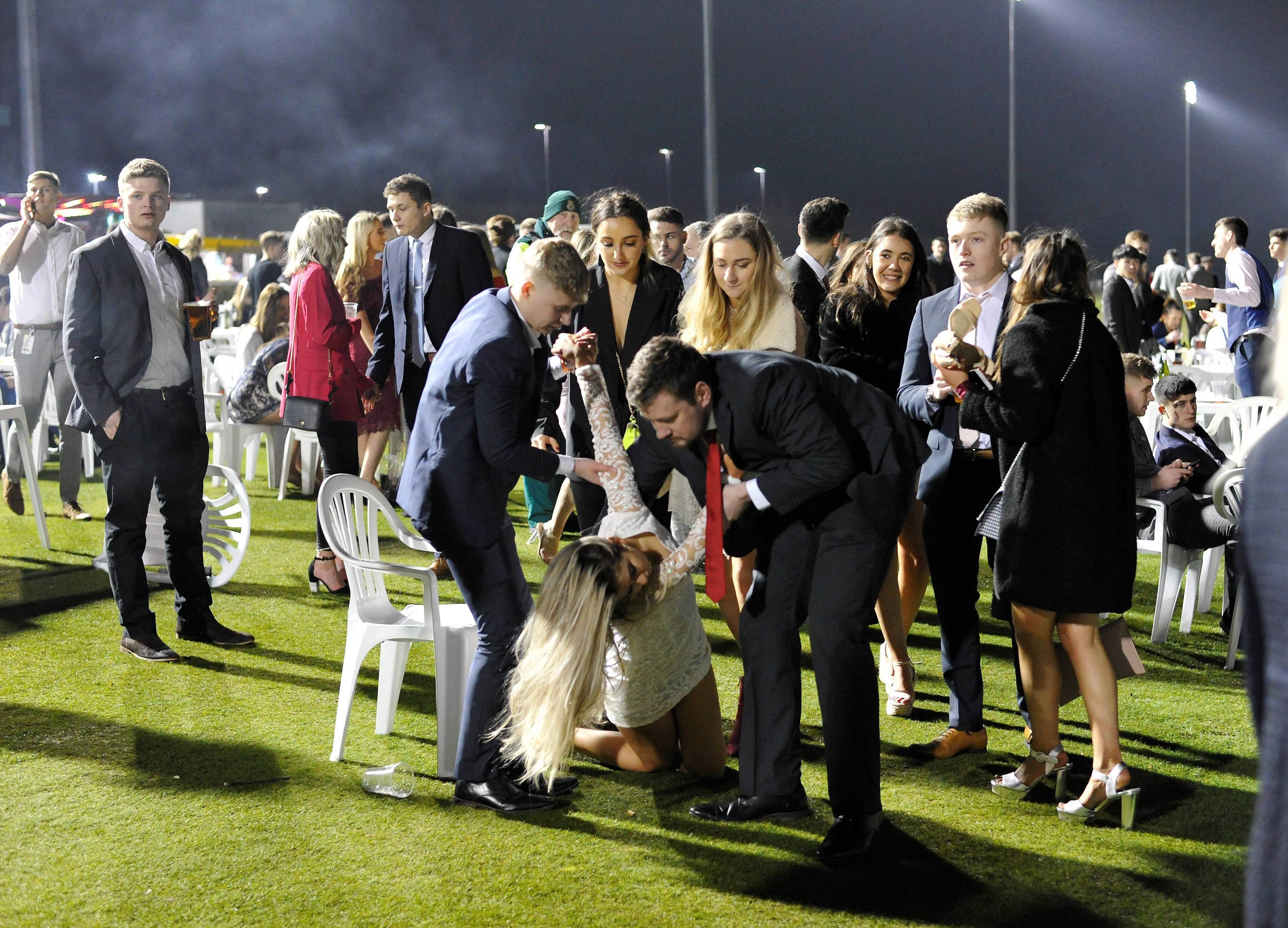 At one stage a group of lads started throwing throwing plastic furniture around. After the last race at 8pm the teens took to the dance-floor as the grandstand became like a night-club.

People climbed on top of one another's shoulders as the booze continued to flow.

Then at the end of the evening revellers piled onto shuttle buses to continue their night out in the city centre.

Nightlife promoter Jaluminati hailed the event as a success and hinted “the Blinkers” will be back.

A spokesman wrote on Facebook: "Three thousand six hundred people all descending onto Newcastle racecourse for the biggest student event I’ve ever seen.

“Never been so proud of one of our events. Massive things to come from Jaluminati and Newcastle Racecourse."