BOURNEMOUTH have been ridiculed by their own fans after they made a huge error when announcing their team to face Chelsea on Twitter.

Eagle-eyed supporters noticed that Simon Francis' body had been photoshopped onto Steve Cook's in a graphic tweeted out by the Cherries. 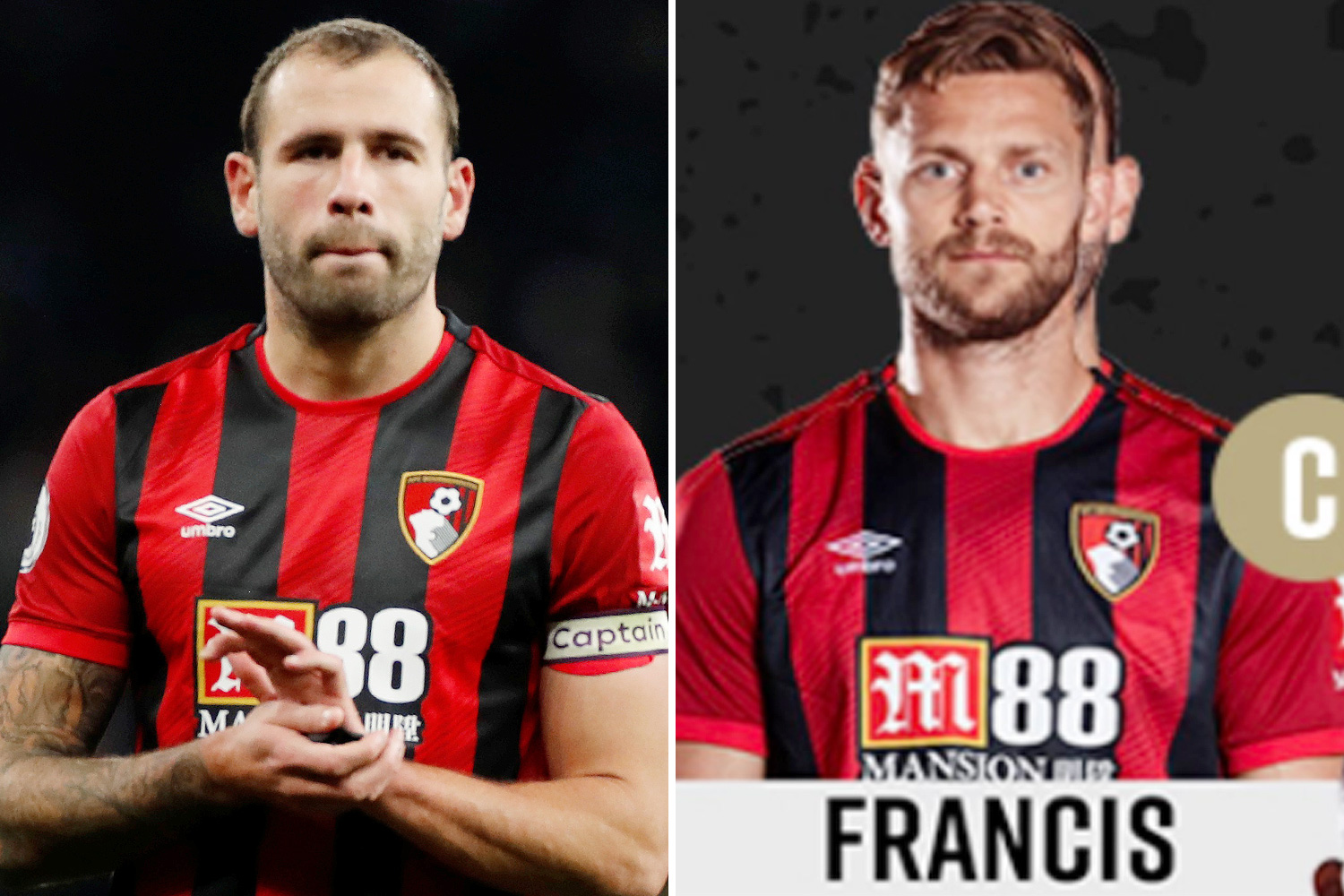 Cook's body can be clearly seen behind Francis', with the defender looking as if he has two left ears.

Commenting on the gaffe, one fan was left in tears as he said, "Francis pasted on top of Cook", followed by two emojis.

Another even suggested that boss Eddie Howe has somehow created a hybrid between the two centre-backs.

He quipped: "Maybe Eddie has combined their dna and it's a frankenstein cook franno hybrid?"

A third took a grab of the players, and simply stated: "Lol."

Replying to the supporter's message, another said: "Only if it was Steve Cook."