Follow the latest boxing news live today as we begin building up to one of the biggest fights of the year: Tyson Fury’s rematch with WBC heavyweight king Deontay Wilder.

The two men fought to a genuinely sensational draw in Los Angeles at the end of 2018 and on Saturday night will reconvene for what promises to be another dramatic fight. The final press conference took place on Wednesday and today we will be bringing you news from the weigh-in.

Elsewhere, British heavyweight contender Dillian Whyte has been told he “should be next” for the winner of Saturday’s rematch by Top Rank president Bob Arum. And boxing legend Lennox Lewis has insisted that both Wilder and Fury are better than unified champion Anthony Joshua. All that and more below. 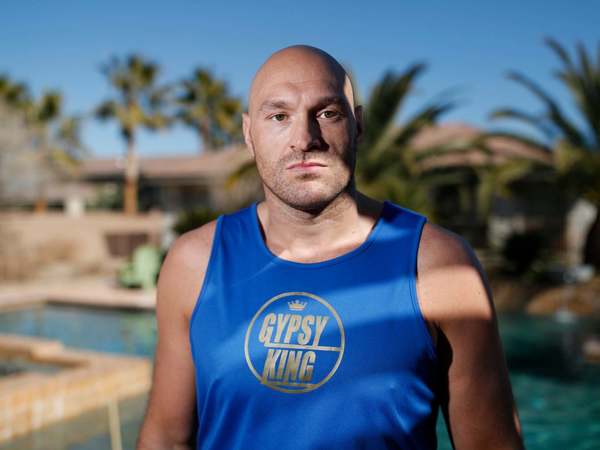 Fury has dismissed Wilder as a “one-trick pony” ahead of their WBC heavyweight title rematch on Saturday.

Britain’s Fury failed in his bid to snatch the belt from the champion when he was dropped twice in their 2018 bout, earning Wilder a draw despite being out-boxed for much of the fight.

Wilder’s renowned power was evidenced that night when he knocked Fury down in rounds nine and 12, with the latter a particularly devastating shot which the Mancunian somehow recovered from.

Many believe that power will ensure Wilder keeps the belt again when the pair fight at the MGM Grand in Las Vegas this weekend, but Fury believes he has the measure of his man.

“There’s no stress about his power going into the fight,” he said. “I’ve been 12 rounds with him, out-boxed him quite comfortably, took his best shots, got up, fired back at him.

“The one who should be concerned is Deontay Wilder because he is a one-trick pony.

“He’s a knockout artist, but he knocked me down twice in two rounds, nine and 12. And he had over two minutes in each round to finish me and he couldn’t finish me.

“It was like on (video game) Mortal Kombat. They said ‘finish him!’, and then he couldn’t finish me.

“He’s the one who should be concerned. He’s landed the two best punches that any heavyweight in the world could ever land on somebody else, and the Gypsy King rose like a phoenix from the ashes back to my feet and hurt him at the end of the round.

“So yeah, it’s going to be pretty difficult for Wilder, not me. This is heavyweight boxing. I’ve been hit, I’ve been hurt, I’ve been put down in my career, but it’s not about when we get put down, it’s what happens when we get back up and keep moving forward.”

When and where is the fight?

The fight takes place at the MGM Grand arena in Las Vegas on Saturday 22 February – or the early hours of Sunday morning for UK viewers.

What time does the fight start?

The ring walks are expected at approximately 5am UK time.

How can I watch it and how much does it cost?

The fight will be broadcast live on BT Sport Box Office for £24.95. Fans can also stream the fight online via BT’s official website.

Wilder is looking to make the 11th defence of his WBC World Heavyweight title and thereby surpassing Muhammad Ali’s record. The Ring Magazine title and Fury’s status as lineal champion are also up for grabs.