North Melbourne coach Brad Scott says his side's display in their 28-point win over Hawthorn on Sunday was the club's best performance since he took over as coach in 2010.

The Kangaroos – who many tipped to be in the doldrums in 2018 – were brilliant at Etihad Stadium against the highly fancied Hawks, despite losing Shaun Higgins and Ed Vickers-Willis to concussion during one devastating passage of play in the third quarter. 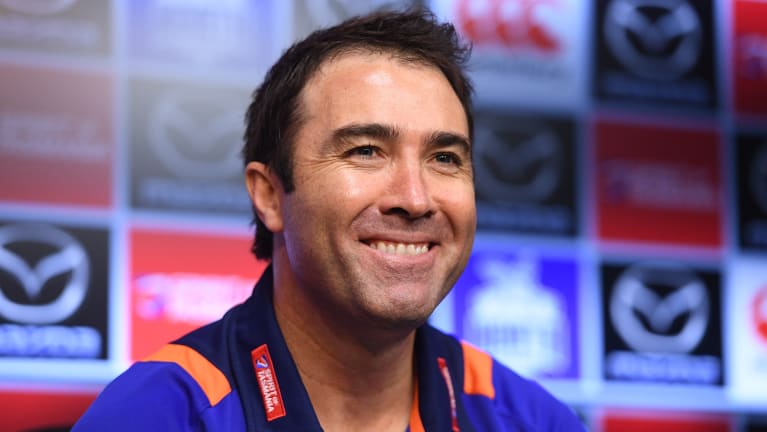 "We leave the prognostications to you guys [media] and we have never sat here thinking 'gee we are going to finish in a certain position on the ladder'," Scott said. "We just continue to try and evolve and improve our game and I think we certainly have improves our game from last year, under a bit of duress in terms of where our list is building.

"But there are going to be huge challenges to come for us. We're trying to build a midfield, other players in other positions … our list in terms of demographic is there for all to see."

Higgins was concussed in a head clash triggered by a bump from Hawthorn's Ryan Burton. The former Bulldog looked to be out cold before he hit the ground and there was a lengthy delay while he received treatment.

Seconds later Vickers-Willis was concussed when his head cannoned into the shoulder and head of Hawk Harry Morrison while trying to tackle him. 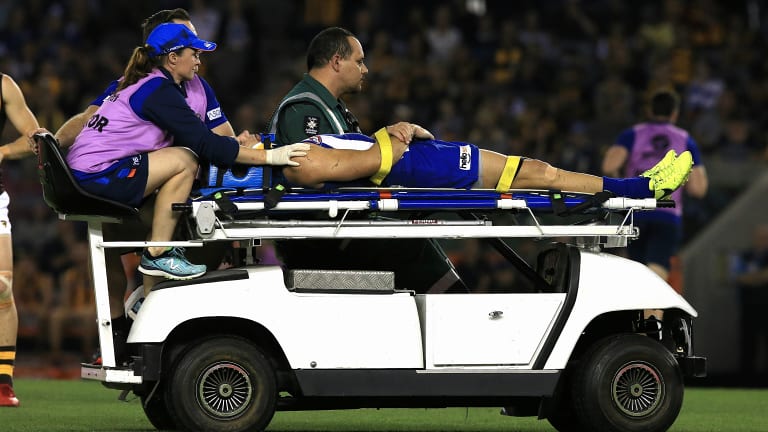 Both Kangaroos players were immediately ruled out of the game. Vickers-Willis was alert and not in need of hospitalisation while Higgins remained at the Epworth Hospital on Sunday evening undergoing tests.

Scott said Higgins was "coherent in the rooms … he remembered that his wife gave birth this morning."

Remarkably, Higgins confirmed he would play at 7:30am on Sunday, after having very little sleep due to the birth of his first child the morning of the game.

"He went off the track Saturday morning and had the news that his wife had gone to hospital and he was with her all the way through so he had very minimal sleep.

"It was never going to be anyone else's decision. He is as professional a footballer as I have seen."

Other than the concussion incidents, another sour note from the game was the report of Cam Zurhaar. Returning to the side for the first time in 2018 and playing in his first ever win, he will face match review scrutiny for bumping David Mirra into the Etihad Stadium fence.