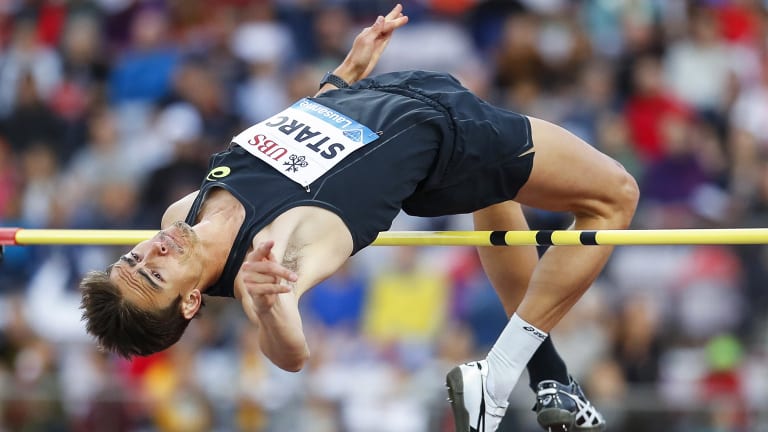 Starc screamed in delight and hugged several people as emotion boiled over after equalling the mark.

His huge effort catapulted him to victory ahead of second-placed Italian Gianmarco Tamberi (2.33m) and third-placed Belarusian Maksim Nedasekau and Bahamian Donald Thomas (both 2.27m).

The leap eclipsed Starc's personal best of 2.33m, set during his recent Diamond League win in Birmingham, and elevated him to equal-second for the biggest jump of 2018 behind Mutaz Essa Barshim and Danil Lysenko at 2.40m.

The New South Welshman praised the local crowd for creating an electric atmosphere.

"Yeah I'm stoked," the 24-year-old posted online along with a video of the record-equalling jump. "Thank you Eberstadt for such an amazing competition, it will be missed."

The in-form Starc will be among about 20 Australians included in the Asia-Pacific team for the upcoming IAAF Continental Cup in Ostrava, Czech Republic.