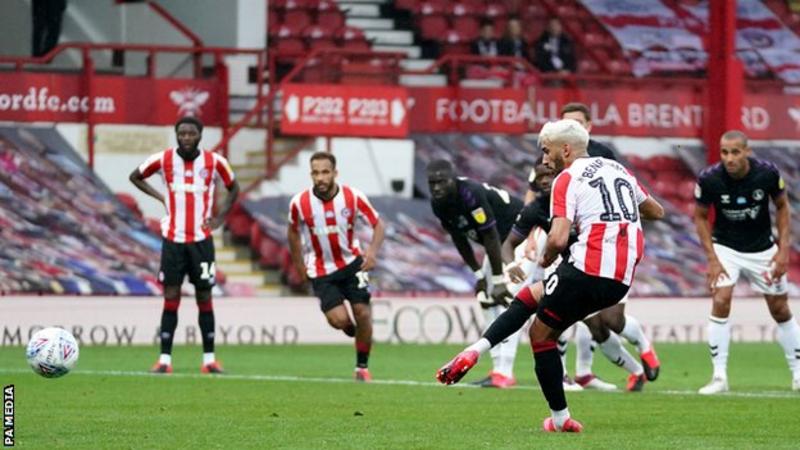 A Said Benrahma-inspired Brentford came from a goal down with 16 minutes to go to beat a dogged Charlton side at Griffin Park and keep their hopes of an automatic promotion place alive.

The hosts went behind early on to Macauley Bonne’s header – which ended Brentford’s five-game run of clean sheets – but dominated much of the proceedings, with Benrahma at the heart of it.

Having scored a hat-trick against Wigan on Saturday, he again showed his class with half-a-dozen efforts and won a 74th-minute penalty which he converted to level.

The victory sees the third-placed Bees close the gap on second-placed West Bromwich Albion to two points, having played a game more, while Charlton slip to 20th place, two points above the relegation places.

The result also gave Brentford a club-record sixth-successive win in the second tier – and Thomas Frank’s side have not been beaten since 29 February. 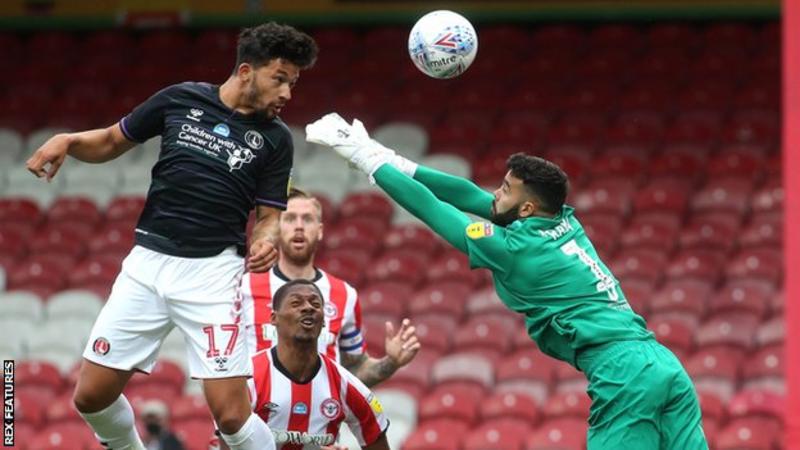 Despite the home side’s impressive form, Charlton could well have got more out of the game had they taken their early chances.

Addicks boss Lee Bowyer made changes to the side that lost to Millwall on Friday and three of those new faces came together to create Bonne’s early opener.

Jonny Williams’ industrious run down the left wing allowed the Wales midfielder to release Alfie Doughty and his excellent cross was headed back across the goal by Jake Forster-Caskey for Bonne to nod home from close range.

Jason Pearce grazed the bar with a volley as Charlton almost doubled their lead, and while Brentford dominated possession, the visitors did well to limit the hosts to mainly long-range efforts in the opening period.

Since the Championship restarted after the Covid-19 outbreak, Benrahma has been at the centre of Brentford’s charge for a top-two place.

Having scored one and made the other in their win over then-third-placed Fulham, the Algerian scored all three on Saturday as they beat Wigan and at times Charlton found him unplayable.

Twice in the first half he curled efforts just wide of the far post, and he should have scored with two further chances before the hour.

Josh Cullen, though, was unable to stop himself fouling Benrahma for the penalty after a good ball into the box and he sent Phillips the wrong way from the spot.

Josh Dasilva hit the post for the Bees a couple of minutes after the equaliser in a move that began when Benrahma’s shot from the edge of the box was saved.

And it was another save from a Benrahma effort which caused the corner that saw centre-back Pinnock rise highest to head in. 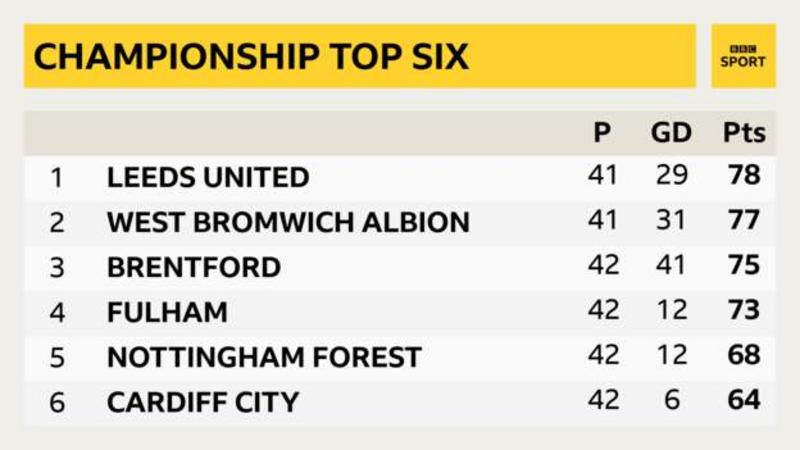 “This is a massive win. I’ll not stand here and say this didn’t mean anything, it was a big win.

“We know every game is a big win, but I just had a feeling because of all the circumstances, that this game would be very, very difficult.

“They have a very good ability to compete against the best sides because they defend and they are very well fixed and they have a good structure.”

“I’m proud of the players tonight, there’s not many times you’ll hear me say that when we lose a game.

“But tonight you’re playing against a top, top Brentford side who have been hammering teams left, right and centre, before the lockdown and after the lockdown, they’re the in-form team in our division and we’ve just given them a right scare.

“On another day we might have come away with something, but we’ve just got to keep showing that fight and I’m sure we’ll be OK. “

Dillon Phillips (Charlton Athletic) wins a free kick in the defensive half.

Attempt blocked. Josh Dasilva (Brentford) left footed shot from the centre of the box is blocked. Assisted by Christian Nørgaard.

Josh Cullen (Charlton Athletic) is shown the yellow card for a bad foul.

Halil Dervisoglu (Brentford) is shown the yellow card for a bad foul.

Darren Pratley (Charlton Athletic) wins a free kick in the defensive half.

Goal! Brentford 2, Charlton Athletic 1. Ethan Pinnock (Brentford) header from the centre of the box to the bottom left corner. Assisted by Josh Dasilva with a cross following a corner.

Attempt saved. Saïd Benrahma (Brentford) right footed shot from the right side of the box is saved in the centre of the goal. Assisted by Josh Dasilva.

Josh Dasilva (Brentford) hits the left post with a left footed shot from outside the box. Assisted by Ollie Watkins.

Attempt saved. Saïd Benrahma (Brentford) right footed shot from outside the box is saved in the bottom right corner. Assisted by Halil Dervisoglu.

Pontus Jansson (Brentford) wins a free kick in the defensive half.

Attempt saved. Saïd Benrahma (Brentford) right footed shot from outside the box is saved in the centre of the goal. Assisted by Emiliano Marcondes.

Albie Morgan (Charlton Athletic) wins a free kick in the defensive half.

Attempt saved. Adedeji Oshilaja (Charlton Athletic) header from the centre of the box is saved in the top centre of the goal. Assisted by George Lapslie with a cross.

Penalty conceded by Josh Cullen (Charlton Athletic) after a foul in the penalty area.

Attempt missed. Henrik Dalsgaard (Brentford) left footed shot from outside the box is close, but misses to the right. Assisted by Josh Dasilva.