It was one of the Brit's best performance of his career, as he salvaged second-spot on the podium, behind race-winner Sebastian Vettel. 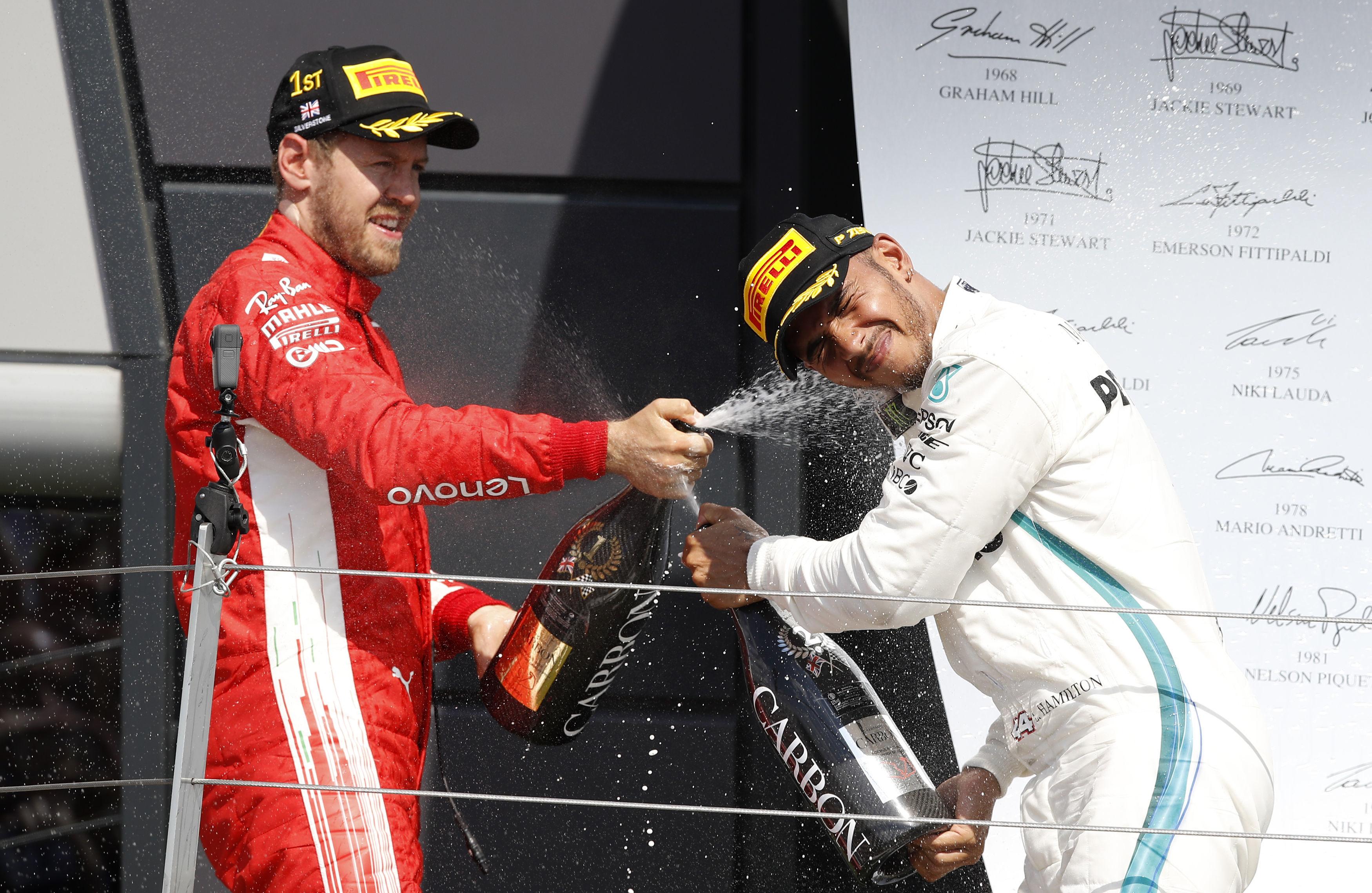 It was an incredible fight-back from the world champion after a first lap shunt, who now trails Vettel by eight points in the drivers' championship.

Hamilton made a dreadful start off the line and was soon jumped by Vettel and his teammate Valtteri Bottas.

He then came under pressure from Kimi Raikkonen, who moved into third briefly only to drop back behind Hamilton.

The Finn then carelessly locked up and clattered into the rear of Hamilton's Mercedes, sending him spinning. 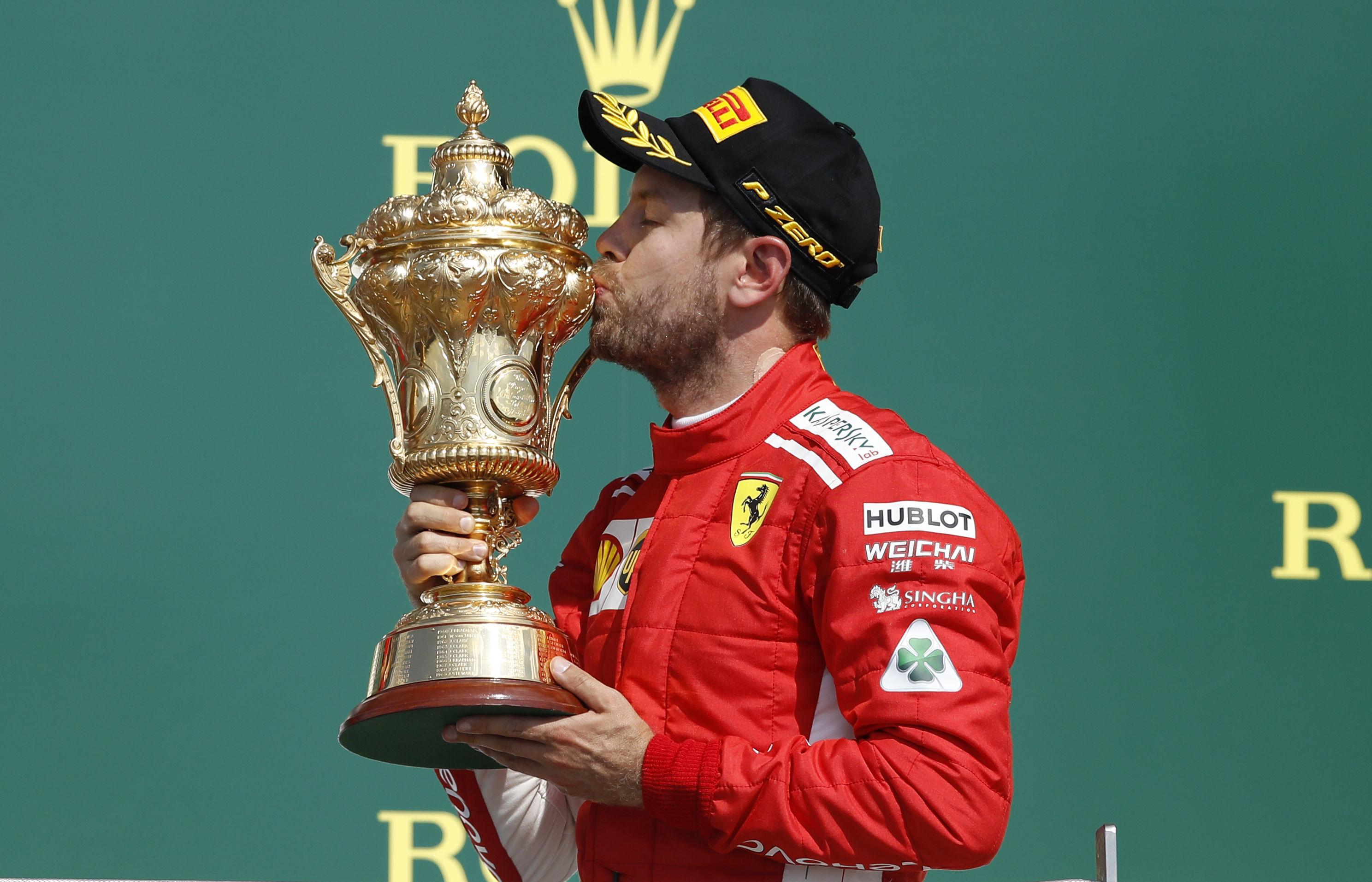 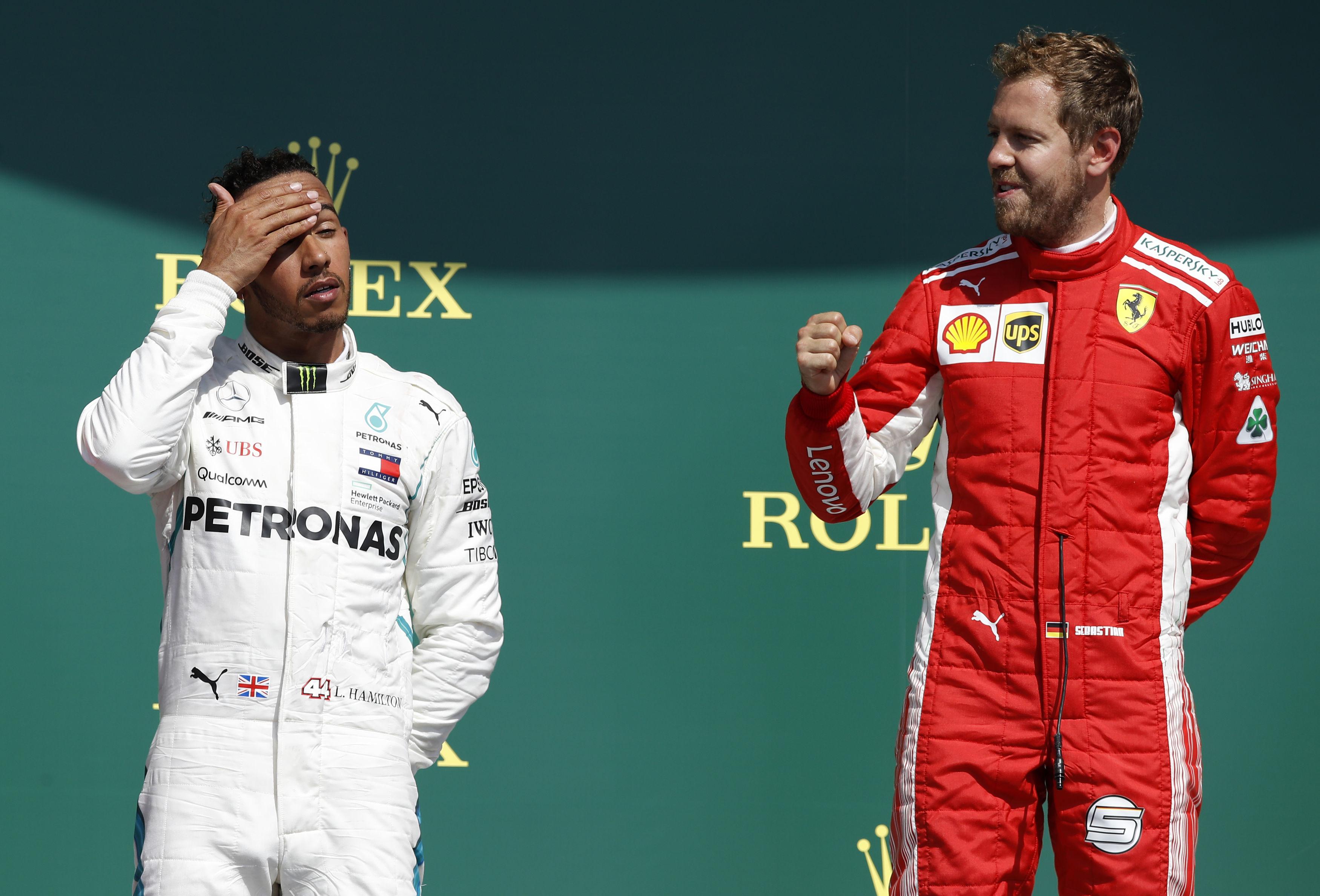 The accident dropped Hamilton to 18th place and earned Raikkonen a 10 second time penalty from the race stewards.

Incensed Hamilton then mounted a sensational comeback. Roared on by the 125,000 crowd for EVERY lap.

He scythed through the field, with places tumbling during each lap. By lap four, he was 14th. Lap six he was up to 10th, lap 10 he was seventh.

He then eyed up Raikkonen, who pitted on lap 14 and served his time penalty with Hamilton moving ahead.

When he was forced to stop for tyres, Hamilton remerged in sixth place; somewhat disappointingly 11 seconds behind Raikkonen.

Hamilton radioed his team asking them "what's my position?", and his race engineer replied "you are P6, currently all to play for".

It proved correct as Marcus Ericcson's crash at Abbey saw the safety car deployed. As Hamilton had just pitted, Mercedes decided to keep him and Bottas out, while their rivals all pitted.

It promoted Hamilton to third place, behind Vettel and Bottas, who took the lead.

For the second race running, the team responded with a message of positivity, his engineer telling him he was the "fastest guy on track by miles. It is all there, don't give up".

He was given another chance too as this time Romain Grosjean crashed into Carlos Sainz at Copse on lap 38, again forcing out the safety car. 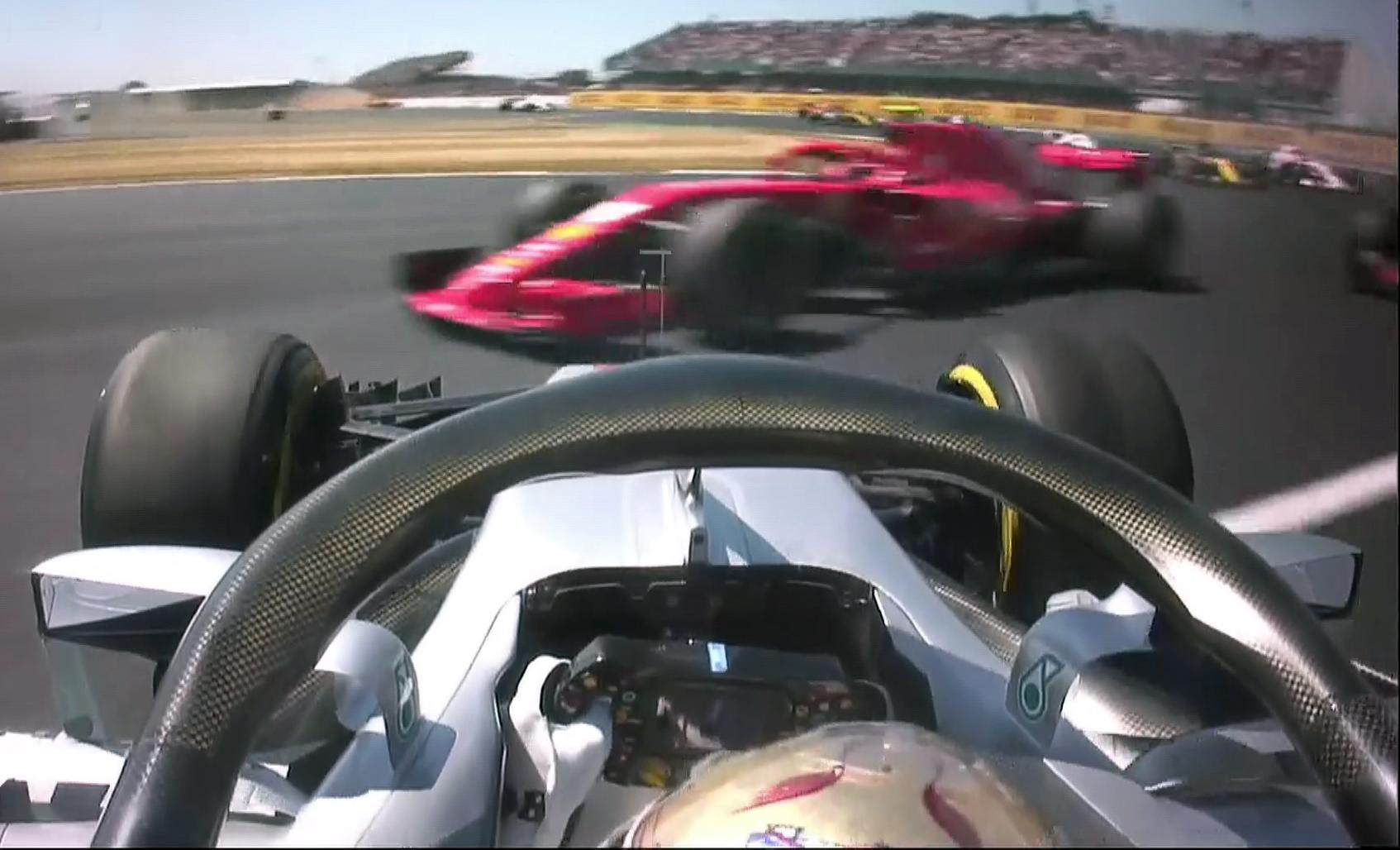 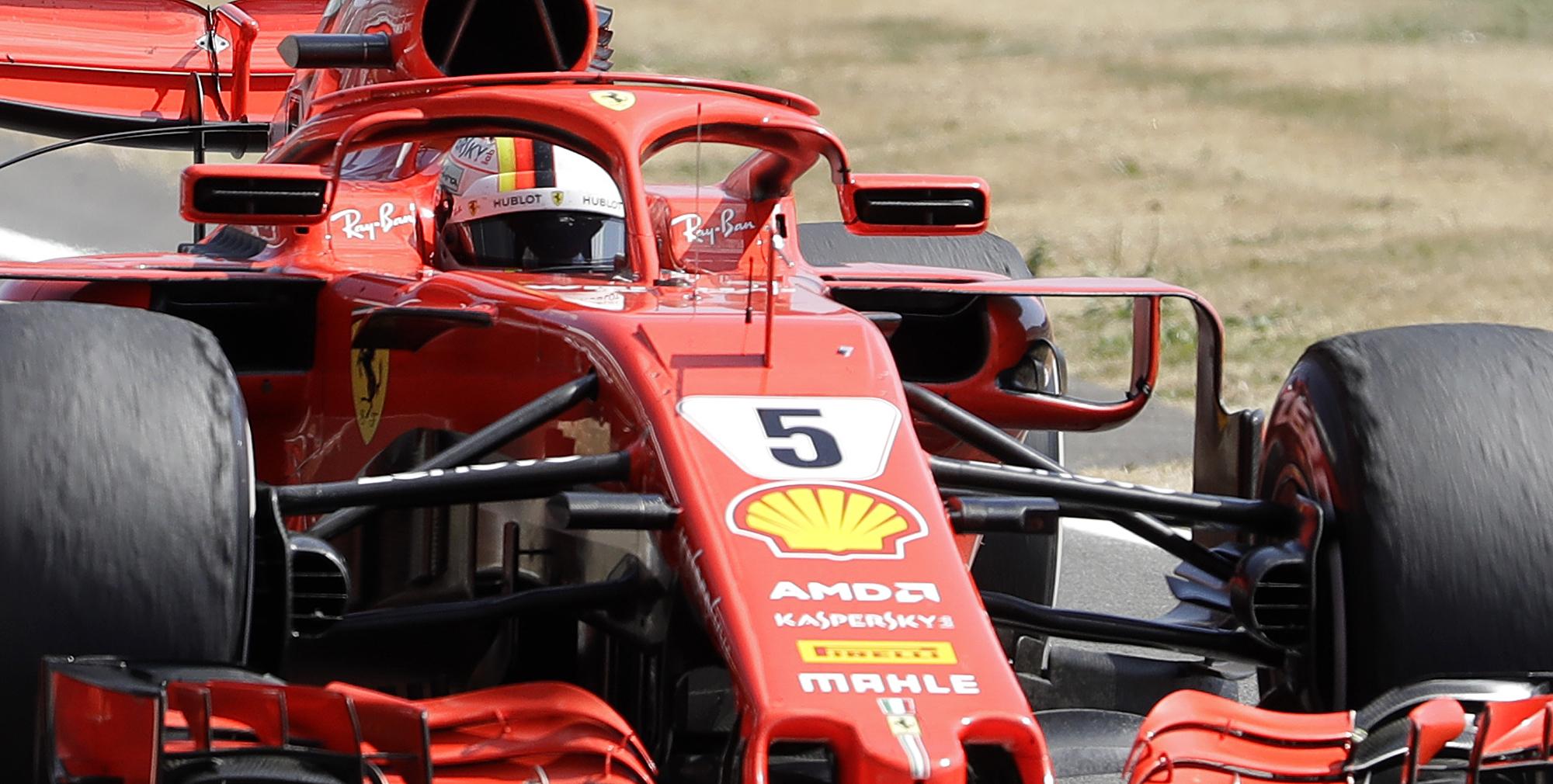 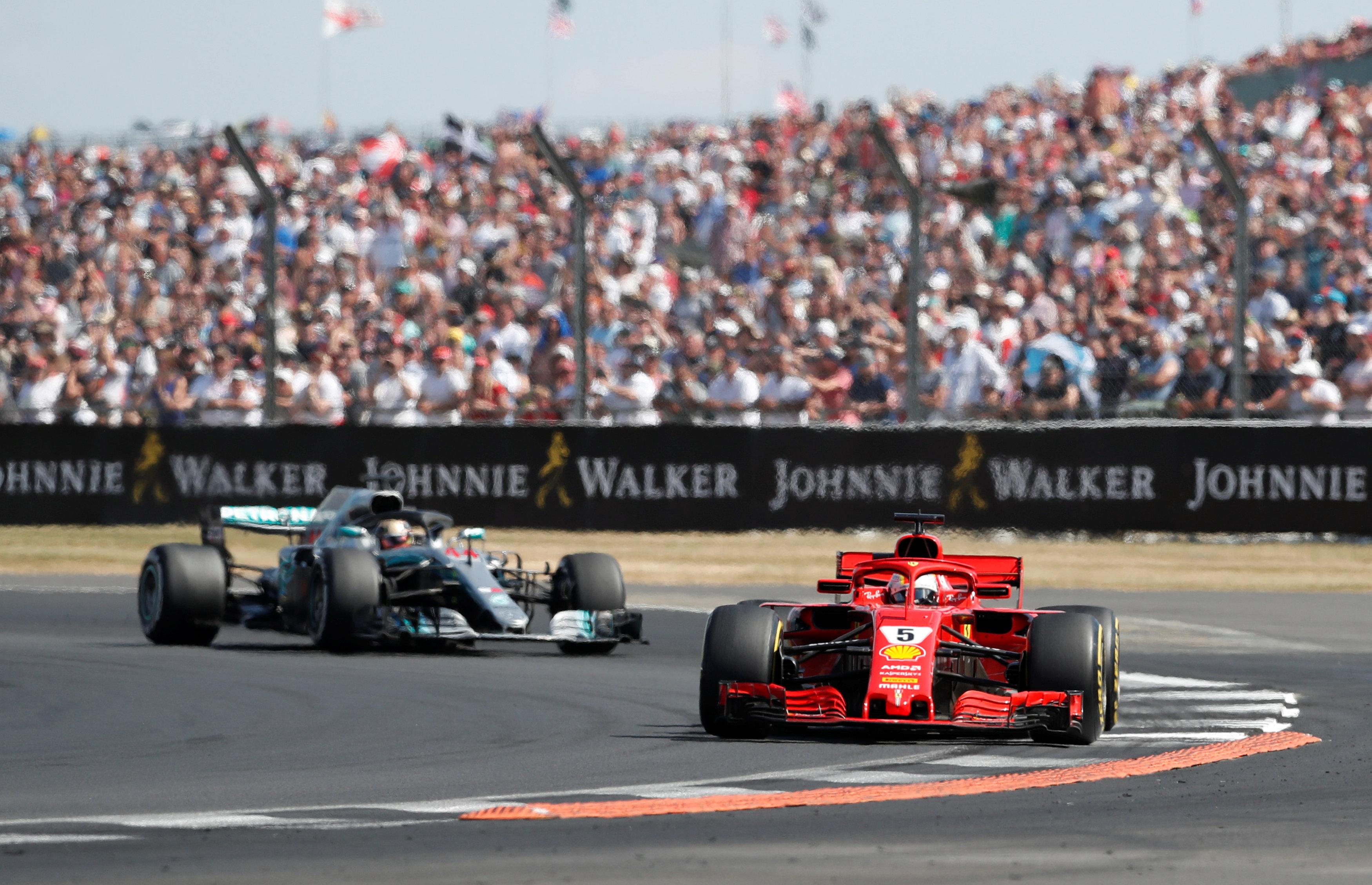 And when the racing resumed 10 laps from the end, it was a thrilling battle between to two Mercedes and two Ferraris.

First Hamilton fended off Raikkonen and then Bottas pulled off some brilliant defensive driving to stop Vettel from squeezing past.

But Bottas could do nothing to prevent Vettel from moving into the lap on lap 47. It was a world champion manoeuvre, as he darted up in the inside of Brooklands.

Vettel moved into the lead and Bottas soon surrendered second place to Hamilton, as his tyres ran out of life.

In further bad news for Bottas, he was then leapfrogged by Raikkonen, leaving Hamilton as the meat in a Ferrari sandwich.

But he held on to take second spot while Bottas came home in fourth.