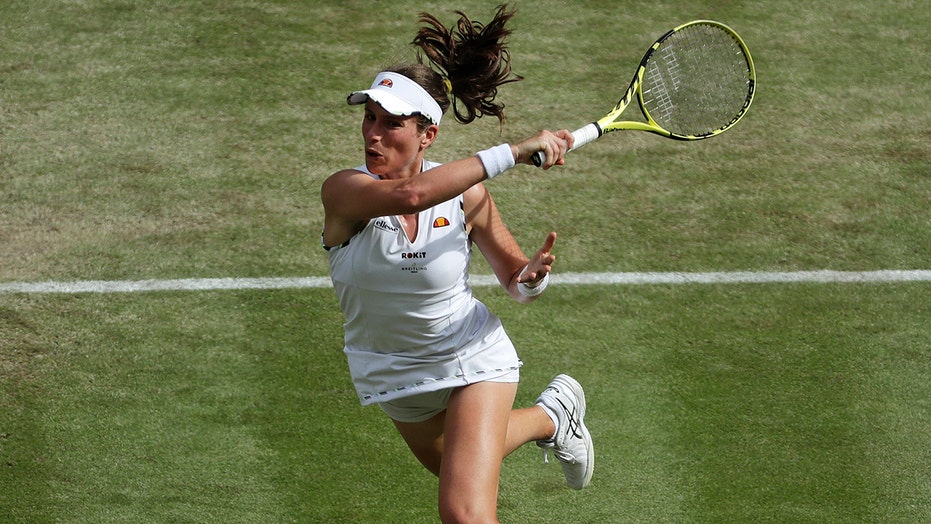 British tennis star Johanna Konta had a testy exchange with a reporter following her loss to Barbora Strycova in the quarterfinals at Wimbledon on Tuesday.

Konta lost the match 7-6 (5), 6-1 despite leading 4-1 in the first set. Konta said Strycova’s comeback was due to her good play and not mistakes that she committed.

A reporter asked Konta whether she should “look at yourself a little bit about how you cope with these big points?” Konta responded: “Is that in your professional tennis opinion?”

The reporter then said if Konta wants to win a Grand Slam tournament one day, she should be willing to learn from losses like the one she suffered at the hands of Strycova. Konta interrupted him to say “please don’t patronize me.”

“In the way you're asking your question, you're being quite disrespectful and you're patronizing me,” Konta said. “I'm a professional competitor who did her best today, and that's all there is to that.”

Konta, who made the Wimbledon semifinals in 2017, but has never reached the finals of any Grand Slam tournament, made clear it wasn’t the pressure that affected her performance.

“I guess what happened is that I have an opponent on the other side of the court who has everything to say in how the match goes, as well,” Konta said. “I don't think you need to pick on me in a harsh way. I mean, I think I'm very open with you guys [in the media]. I say how I feel out there. If you don't want to accept that answer or you don't agree with it, that's fine. I still believe in the tennis that I play. I still believe in the way I competed.”