CARLSBAD, Calif. — After 17 years as a successful player agent, Brodie Van Wagenen is no stranger to the general managers’ meetings. But this week, as the Mets’ new G.M., he found himself on the opposite side of the annual gathering — attending league meetings, receiving pitches from agents and brainstorming trade possibilities with rival teams.

“It’s been fun,” he said, adding later, “Some of the club officials that I’ve done a fair amount of business with in the past, those conversations have been warm, and there’s been some humor and laughter with the role reversal.”

There are also plenty of lingering questions about the unorthodox job transition. How will Van Wagenen, 44, be received by both other general managers and former rival agents — some of whom have criticized the hiring? How will his history with many baseball executives affect his new role as one of their peers?

There is an inherent, professional wariness between agents and general managers as they negotiate player deals with opposing goals. And among agents, there is often intense jockeying to represent the same players.

“He’s in a tough spot,” said Dave Dombrowski, the Boston Red Sox’ president of baseball operations. “He’s got a lot to learn and he’s got a lot on his plate. It’s incumbent on him to do that and I think he will.”

Van Wagenen does not have a lot of time for a learning curve. The Mets, whose last winning season was in 2016, have set a playoff berth as their goal for 2019, and they have glaring holes in their lineup, defense and bullpen. As he goes about his new responsibilities, trading with other G.M.’s and signing agents’ clients, Van Wagenen’s recent former life as a player agent will be an ever-present added layer to the negotiations.

He began making the rounds this week, meeting with many agents to talk about current Mets players and free agents, and chatted with most of the other 29 major league teams.

Among the few baseball agents that have made the jump to becoming a team executive, the results have been mixed. Dave Stewart, who switched from agent to Arizona Diamondbacks’ general manager from 2014 to 2016, has said an early hurdle was gaining the trust and acceptance of fellow general managers. Stewart at least had some previous experience as an assistant G.M.; Van Wagenen is the only executive in recent memory to go straight from being an agent to a G.M. with no past front-office experience.

Seth Levinson, who leads the ACES agency with his brother and has represented many Mets players, including David Wright, said his meeting with Van Wagenen on Tuesday went seamlessly and gamesmanship was absent.

“The ability to see the world through the eyes of your adversary is a critical skill to being successful in this industry,” Levinson said, adding later, “Given that we are on opposite sides of the aisle, it will certainly be interesting going forward. Here’s a little secret: Not all agents dislike and distrust other agents. There are many agents who respect the work of their colleagues and maintain productive relationships.”

Thad Levine, the Minnesota Twins’ general manager, added: “There’s more camaraderie in this industry than there once was. You see all the G.M.’s are together, there’s some collegial component and we all compete.”

But will other general managers be extra cautious negotiating with a former agent?

“A few might be a little wary on the front end, but I think they’re going to respect him immediately once they spend time with him,” Levine said, adding later: “He’s going to have a chance to develop a reputation on this side, and that’s why everyone is willing to give him a clean slate to start.”

Some G.M.’s may be leery of what inside information Van Wagenen has if he, say, offers a Met who is a former client of his in a trade. 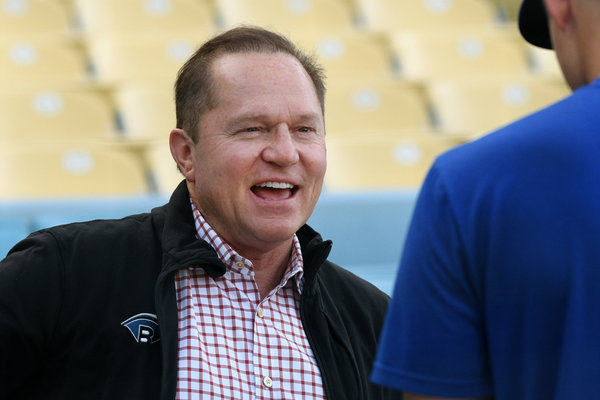 Brian Cashman of the Yankees, Jerry Dipoto of the Seattle Mariners and Levine, among others, spoke highly of Van Wagenen’s conduct in previous dealings as an agent, including his transparency, and did not foresee much changing in their future relationship.

Mike Rizzo, the Washington Nationals’ general manager who has worked with Van Wagenen in the past, said he wouldn’t harbor hard feelings against an agent who negotiated a deal with a player who later did not pan out.

“He’s doing his job well if he’s selling me a bad player and I paid a lot of money,” Rizzo said. “The only way I would be upset with him is if he lied to me about something, and he never did.”

In fact, his experience as an agent could even prove to be an asset. Van Wagenen, who was one of the heads of baseball for the powerful Creative Artists Agency before joining the Mets, said he hoped that the credibility he built with general managers over the years will carry over into his new role.

“I’m not saying I always agreed with him, but it’ll be up to him to show that he’s honest and sincere, and I think he will,” said Dombrowski, who also worked often with Van Wagenen when he was an agent.

The most outspoken critic of hiring an agent as a general manager has been Scott Boras, a prominent agent. Boras is, of course, looking out for his own business, but he has raised questions about intimate information players share with their agents that now could fall into the hands of a front office. The players’ union voiced similar concerns when Van Wagenen was hired.

Asked if he would refrain from negotiating with the Mets, Boras said, “My job is to be a fiduciary for my clients and I will negotiate with anyone at anytime if my clients so desire me to do so. I do not let my personal philosophies interfere with any of that.”

Privately, some agents have shared reservations about other closely held information, like salary arbitration figures, that could spread back to Van Wagenen’s former agency, as well as concerns about favoritism involving past clients. The agents requested anonymity to express concerns that could affect future negotiations.

Van Wagenen has taken steps to address some of those issues and to stay in line with baseball’s rules. He divested from his former agency, and the Mets said that conflict of interest provisions were placed in his contract and that he would recuse himself from directly negotiating with former clients, which include the Mets’ star pitcher Jacob deGrom, for whom Van Wagenen publicly advocated a contract extension earlier this year.

Asked about Boras’s criticism, Van Wagenen said Boras was entitled to his opinions. Van Wagenen insisted he kept his former clients updated about his status during his hiring process with the Mets — another ethical concern raised by some agents.

On Wednesday afternoon, Boras said he had never talked to Van Wagenen before and even listed several Mets officials he would talk to, conspicuously leaving out Van Wagenen. Soon after, Van Wagenen and Boras held a scheduled meeting, which Van Wagenen called productive.

“We introduced ourselves to each other,” Van Wagenen deadpanned.

As far as dealing with former rival agents in general, Van Wagenen noted that he was no longer a threat to them as direct competition. Some agents said Van Wagenen’s past experience could perhaps even be helpful in dealings since his past job was looking out for players.

“My goal is to try to make the Mets as productive and successful as possible,” Van Wagenen said. “And hopefully the agents are looking at it in terms of what is in their players’ best interests. If we can find a meeting of the minds, then I’m confident we can do that.”