ACT Brumbies coach Dan McKellar says his young players are "learning the hard way" and knows it won't get any easier against the most successful team in Super Rugby history on Saturday.

The Brumbies stuttered to their fourth loss of the season with an error-riddled effort against the Argentina Jaguares on Sunday and now face a team they haven't beaten in almost a decade – the Canterbury Crusaders. 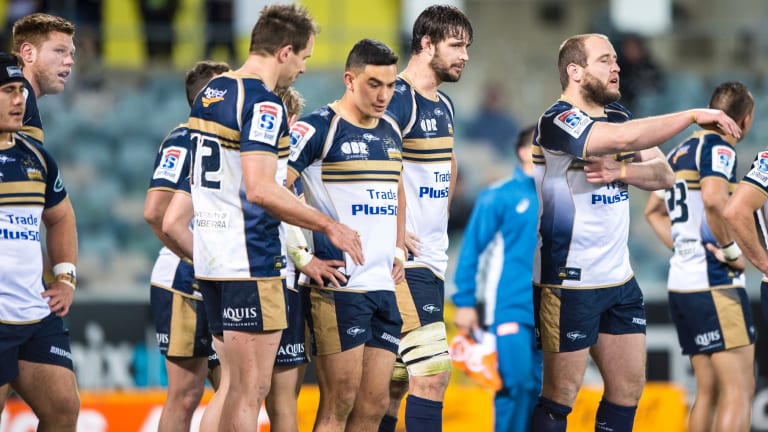 The Brumbies will try and beat the Crusaders for the first time in almost a decade on Saturday.

The Crusaders are one of the most daunting tasks in Super Rugby and present a challenge the Brumbies haven't conquered sine 2009.

They sit top of the New Zealand conference and will look to stretch Australia's winless run against Kiwi teams to 36 games at Canberra Stadium.

It will take a dramatic turnaround for the Brumbies to stun the Crusaders this week and McKellar conceded he is missing experienced players in key positions.

Flyhalf Wharenui Hawera and fullback Tom Banks have been hot and cold in their second full seasons of Super Rugby, while hooker Folau Faingaa has endured a testing start to his rookie campaign.

McKellar has tinkered with his sides several times this season and heading into round 11 he admitted he was still searching for his best XV.

"Why do you drop the ball individually? Why do you have the ball ripped out of your hands or not execute a kick? I can’t answer those questions," McKellar said.

"All of those things are certainly focused from a training point of view, it's just in the heat of the moment we’re not executing it.

"We’ve got young players in key positions who are learning some things the hard way at the moment.

"We’re still trying to find what the best combinations are in a couple of different areas." 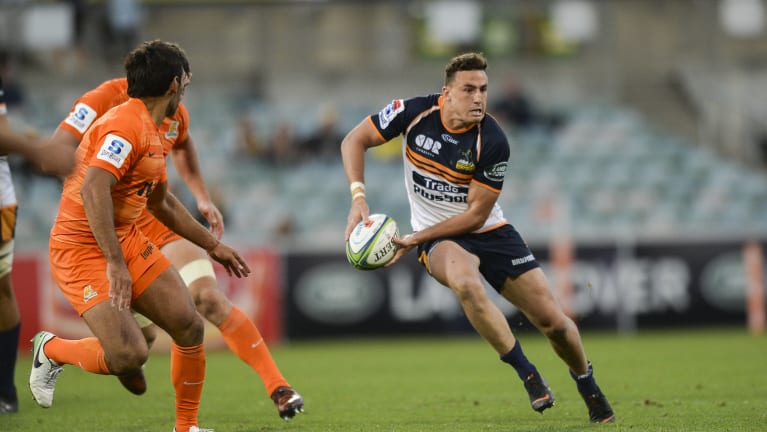 Brumbies fullback Tom Banks has been hot and cold this season.

Banks scored two tries against the Jaguares but also made some coach-killing mistakes, missing touch on a crucial penalty and kicking the ball out on the full.

The 23-year-old has never beaten a New Zealand team in his 20-game career but believes if the Brumbies play to their potential for 80 minutes, the curse will finally be broken this week.

"We just had a few pressure releases and it’s tough to lose like that, knowing if we executed in better areas we would have come away with the win," Banks said.

"The positive thing is we know we have a lot more in us and passages [against the Jaguares] showed what we can produce.  The biggest thing is we just need to take our chances.

"Not having beaten a Kiwi side you always want to get that monkey off the back. If we can hold the ball and build pressure I think we’ll come away with a lot better result next week."

The Brumbies will need to hold onto the ball and then some to beat the Crusaders but they'll likely be boosted by the return of Christian Lealiifano after McKellar "reviews individual performances".

McKellar described his men as "passive" last week and skipper Sam Carter admitted the criticism stung, before adding their lineout needed to improve.

"You can’t give teams that opportunity and we paid for it in that last 20 minutes."

The Brumbies have not won consecutive games at Canberra Stadium since 2016 and their winning record at home over the past two seasons sits at just 40 per cent.