Brumbies hurting after losing again at the SANZAAR judiciary lottery

Suspended ACT Brumbies lock Rory Arnold will spend the next month on the sideline but is expected to still be considered for the Wallabies final two Tests against Ireland next month.

Arnold was slapped with a three-match ban for a high tackle on Johannesburg Lions playmaker Elton Jantjies, which saw him red-carded, in the Brumbies' 42-24 loss at Ellis Park on Sunday. 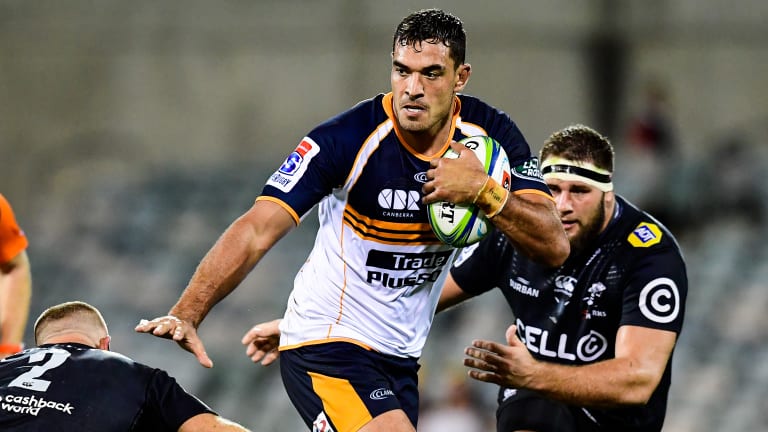 Lock Rory Arnold has been suspended for three games but is still expected to be in the Wallabies frame.

The hulking second-rower has been in career-best form this season but will not be eligible to play until the Wallabies second Test in Melbourne on June 16.

It means Australian coach Michael Cheika would be taking a risk selecting Arnold who will have played just 60 minutes of rugby in five weeks.

However, it is understood the 208cm big man's form has been strong enough this season to keep him in the selection frame.

David Pocock, Scott Sio, Allan Alaalatoa, Henry Speight and Tevita Kuridrani should all expect to be named in Cheika's squad.

The SANZAAR judiciary initially hit Arnold with a six-week ban, but it was reduced to three weeks because of his previous clean record.

The inconsistency of the judicial panel has been rampant this season with the Brumbies on the short end of the stick on several occasions.

Brumbies winger Chance Peni was suspended for seven weeks for a high tackle on Canterbury Crusaders flyer Israel Dagg at the end of April.

The Brumbies are quietly seething and it is understood they will write to SANZAAR asking for a please explain.

Judiciary lotteries aside, the Brumbies must address their ill-discipline before they play the Pretoria Bulls at Loftus Versfeld on Saturday.

They conceded 20 penalties against the Lions and had two yellow cards to accompany Arnold's dismissal, with the lack of discipline costing them the game. 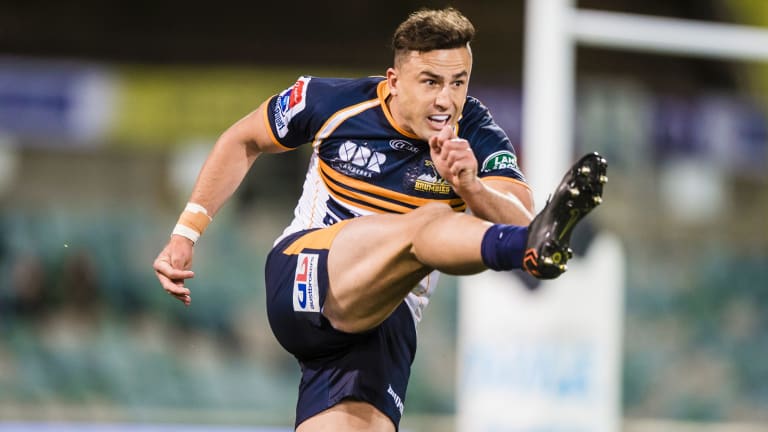 Brumbies fullback Tom Banks scored two tries against the Lions and found a silver lining in the defeat, saying they've discovered how they want to play.

"We were playing good footy and found space even when we were down men so that should definitely build us a lot of confidence and just the way we were playing," Banks said.

"When we’re throwing the ball around and trying to use width we can use our outside backs. When we executed we did really well, so I think we just need to try and do more of that.

The Brumbies have lost five games in a row for the first time since 2011 and Banks admitted the mounting losses were starting to hurt the team's pride.

"It is [frustrating] when we know what we can do and a few games this year that haven’t gone our way we've lost in critical stages where we haven’t been able to execute," Banks said.

"It's definitely a confidence thing, the biggest thing is playing to win and not playing to not lose, trying to defend a lead in this competition is never really going to work.

"You've got to try and play with the ball right until the end and I think a lot of the other teams are showing that’s the way to play, you can’t defend a lead or you’ll just get run down.

"It's tough to come over here and win but I think this week will do us really good, we now know the footy we want to play and now we’ve just got to execute that for 80 minutes."