NRL convert Tom Wright is confident he can use a five-week pre-season block to readjust his game to suit rugby union after arriving at ACT Brumbies headquarters on Friday to start his journey.

Wright was part of a group of 10 former rugby league players, Kiwis, ex-Wallabies and junior stars to walk into the Brumbies' base for a rookies induction day with coach Dan McKellar. 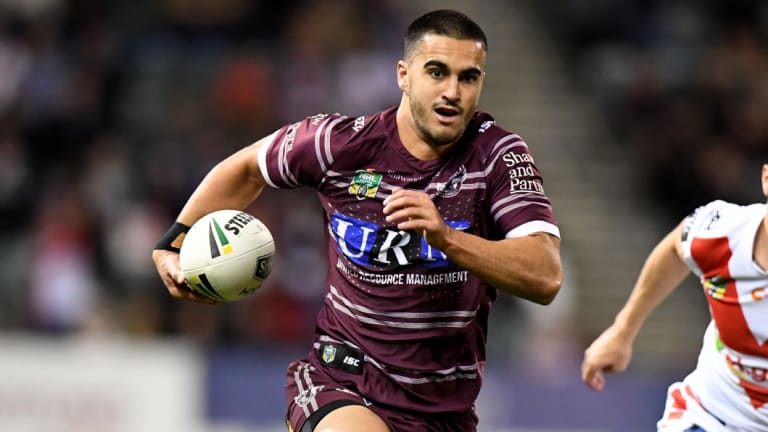 Tom Wright will link with the Brumbies after making his NRL debut with Manly.Credit:NRL Imagery

The former Manly back has set his sights on making his Super Rugby debut after deciding to return to his rugby roots for a fresh career start.

The 21-year-old could emerge as an exciting playmaker option for the Brumbies and he says the rise of Wallabies young guns, including close mate Jack Maddocks and Jordan Petaia, has given him confidence.

"I guess I can draw some motivation and a bit of confidence from seeing young guys get picked to make their debut for the Wallabies," Wright said.

"That just shows young kids, not that I'm a kid any more, but they can have a good crack and be rewarded. I've got something to aim for here.

"It starts with having a good pre-season with the Brumbies and I'm just excited for the new challenges. It's been a few years since I've played any rugby union, and it's going to be a challenge to refresh different aspects of the game coming back from rugby league.

"It will be hard work, but time will fly and before you know it we'll be playing some pre-season games in February. It just gives you that timeline of having to rip in."

Former Wallabies prop James Slipper will restart his career in Canberra and he'll be joined by Waikato Chiefs flyer Toni Pulu, who is eligible to play for Australia. 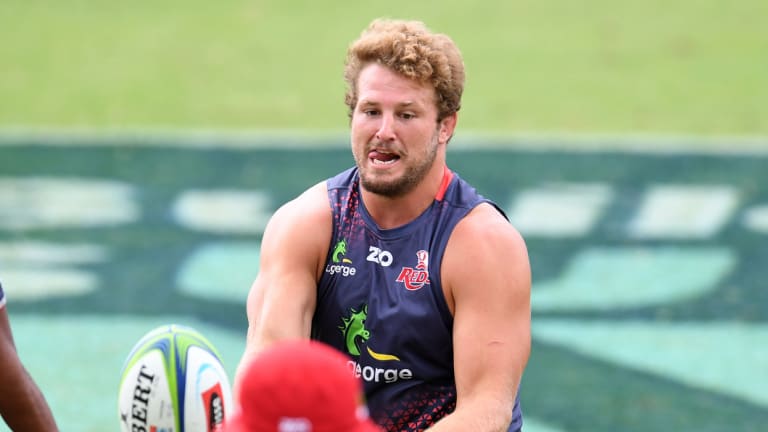 ‘I’m not all fixed, but I’m working hard and seeing the professionals’: James Slipper.Credit:AAP

Wright was a schoolboy rugby star, while former Australian under-20s players Bayley Kuenzle and Tom Ross have picked up full-time contracts, Pete Samu will return from Wallabies duties in January and Murray Douglas arrives from the Wellington Hurricanes.

Hooker Connal McInerney has been promoted to the full-time squad after making his debut last year and Irae Simone has moved from Sydney to Canberra for a chance to secure game time.

The rookies were the first Brumbies to return to training for a series of meetings with staff and coaches, with the rest of the squad to return on Monday for fitness testing.

The Brumbies will also unveil their 2019 playing strip on Monday, which is expected to be similar to the heritage design of their jerseys this year.

"We're second year in for our coaching group and we've got 28 players coming back again, so the majority of our squad has a strong grasp on our game and how we want to play," McKellar said.

"Now it's about getting back and understanding what we need to improve from 2018 and what we did well. We have to make sure we have a desire to get better, because we have to be better.

"I think we've been strategic with our recruitment in regards to having guys with the skillset that fit how we want to play. There's some good established players, some guys looking for opportunity and some young talent."