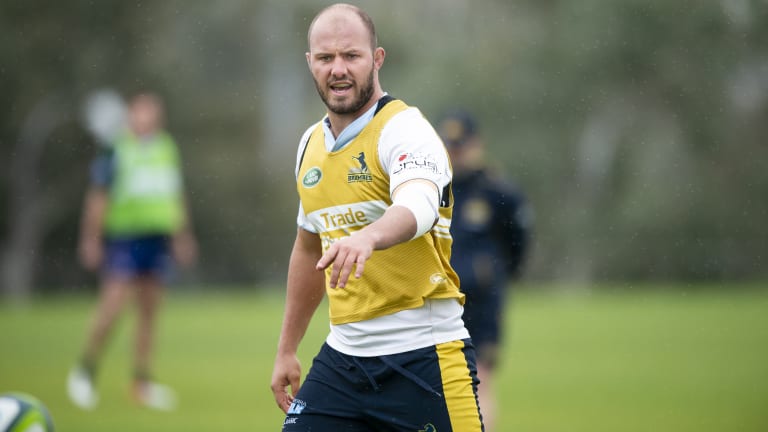 Returning flanker Lachlan McCaffrey wants referees to clamp down on "rubbish niggle" off the ball to allow the ACT Brumbies and Melbourne Rebels to engage in a free-flowing derby battle at Canberra Stadium.

McCaffrey will make an earlier than expected comeback from a dislocated elbow as part of a new-look Brumbies back row for a season-defining contest on Saturday night.

The Rebels got the better of the Brumbies when the teams played in Melbourne earlier this year, but the game was a scrappy dogfight punctuated by stoppages, injuries and push and shove.

Powerhouse Rebels' No.8 Amanaki Mafi was at the centre of the tension for most of that match and there will be plenty of feeling again in the return contest.

But McCaffrey hoped referee Nic Berry would pull players into line so the players could "rip into each other fairly for 80 minutes".

"It stung [last time we played them] more because of the game than the result. It was a very frustrating game," McCaffrey said.

"There were a lot of stoppages, players going down every five or 10 minutes, a lot of niggle off the ball. That's just not how rugby should be played.

"For spectators and players, we want to play free-flowing rugby. The Rebels game down in Melbourne, it was the opposite. It wasn't a great spectacle … I'm sure the referee will do a great job.

"Hopefully he puts his mark on the game early and makes sure the game is played fairly without the rubbish niggle away from the ball."

The Brumbies were dealt a cruel blow on Thursday when superstar No. 7 David Pocock was ruled out of the clash against the Rebels. 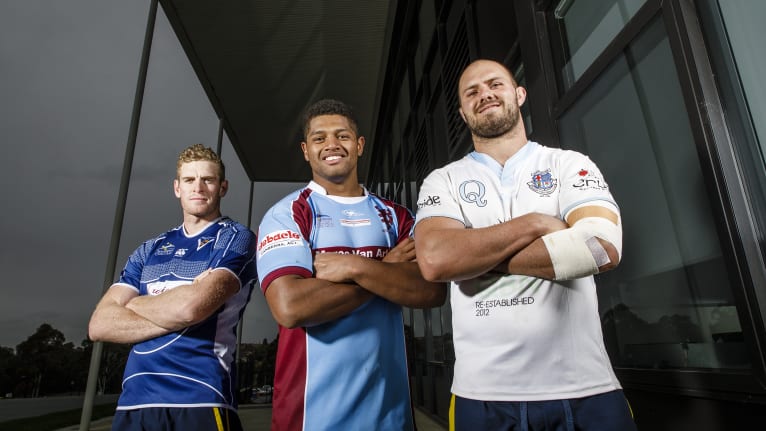 McCaffrey is playing his first game since his elbow popped against the Queensland Reds at the start of April and the 28-year-old feared his season was over.

But a remarkable turnaround and a bit of luck will see McCaffrey miss just three games before teaming up with Tom Cusack and Valetini in a reformed back row as the Brumbies fight to save their season.

McCaffrey spent last week in Tonga as part of the Youth in Union program, meeting children and handing out rugby kit to bring smiles to faces across the island nation.

He has a different challenge this week as the Brumbies attempt to fill Pocock's sizeable shoes and prepare to battle one of Super Rugby's best players of the past two seasons in Mafi.

"It wasn't a nice injury but I was lucky there wasn't too much damage there. It's been four weeks and I'll try to rip in this week," McCaffrey said.

"The first 48 hours we were trying to assess the damage, we were lucky there wasn't any broken bone or damage inside there. I was in a brace for about two weeks, but straight out of that into the strength stuff.

"That's a credit to the doctors and rehab and physio guys here. They've done a tremendous job and I'm just stoked I can get back playing as quick as possible.

"[The Rebels] have threats. A lot of people talk about Mafi and he's pretty good with ball in hand. You limit the times he touches the ball and we'll be doing a good job.

"We'll focus on what we're doing as a team and a forward pack, if they can match that, good luck to them."

The Brumbies will be bolstered by the return of Christian Lealiifano, who will play his first game since in almost a month after being rested for the past three weeks.

Andy Muirhead comes into the starting XV on the wing to replace the suspended Chance Peni, while Blake Enever shifts to the bench and Lausii Taliauli has been added the reserves list.