Buccaneers' Bruce Arians on possible penalties for yelling at refs without masks: 'We've got enough rules' 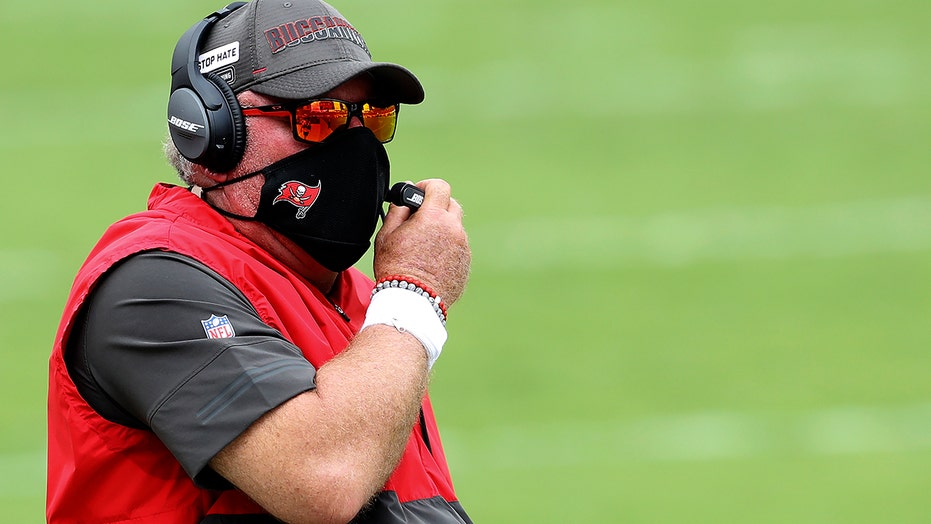 Baltimore Ravens coach John Harbaugh was criticized on Monday night when he pulled down his neck gaiter to argue with an official who was within earshot of him. Several other coaches have already been fined for failing to adhere to the league’s coronavirus protocols.

The NFL Referees Association complained to the league about officials getting yelled at by coaches without masks, according to the NFL Network. But Arians thinks there are enough rules.

“Rules are rules. We don’t need anymore. We’ve got enough rules,” he said in response to a question about discipline for coaches who pull down their masks when arguing with an official.

There are many rules regarding the league’s coronavirus protocols but with the latest developments surrounding the outbreak affecting the league.

The Tennessee Titans have more than a dozen players and personnel who have tested positive for the coronavirus. Their game against the Pittsburgh Steelers was moved to later in the season and their next game against the Buffalo Bills is at risk of getting postponed as well.

Cam Newton reportedly tested positive for the coronavirus. The league postponed the New England Patriots’ game against the Kansas City Chiefs to either Monday or Tuesday.