Australian duo Thon Maker and Matthew Dellavedova have inspired the Milwaukee Bucks to a 116-92 NBA playoff demolition of the Boston Celtics.

The Bucks went into Friday's game three in Milwaukee 0-2 in the first round playoff series. 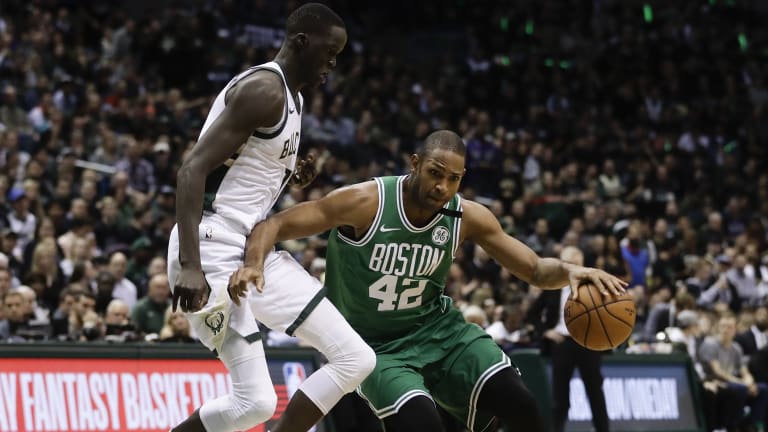 Dellavedova had only played four minutes in the the two losses and Maker just one minute, but Bucks' interim coach Joe Prunty unleashed the Australians in the first quarter and the result was stunning.

Maker pulled off four spectacular blocks in four minutes and Dellavedova delivered the aggressive defence his squad had lacked to electrify the Milwaukee crowd and give the Bucks a 27-12 first quarter lead.

Dellavedova had five points and four assists in 16 minutes.

Dellavedova was the first sub in the game and when he entered three minutes into the game the Bucks trailed 5-6.

The Bucks then went on a game-changing 22-6 run as All-Star Giannis Antetokounmpo had 19 points, five rebounds and six assists, including a spectacular dunk from the top of the key and over the Celtics' Australian big man Aron Baynes.

Baynes was one of the Celtics' best with eight points and eight rebounds.

Game four is in Milwaukee on Sunday.