Charles Barkley is not 6-foot-6. LeBron James almost assuredly does not weigh 250 pounds. And Buddy Hield was not born in 1993.

Proving once again that you can’t necessarily trust the biographical information published about N.B.A. players, Hield, a breakout star for the Sacramento Kings, revealed this week that he is a year older than nearly everyone had assumed. The trick, however, is that he said he never told anyone the wrong age.

The situation arose on Monday night, with Hield celebrating his birthday as his team lost handily to the Minnesota Timberwolves. Before the game, Hield told the Kings’ broadcast team that he was turning 26, which threw many people for a loop, as NBA.com and nearly every media outlet have his birth date listed as Dec. 17, 1993, which would have made him 25.

As of 10 p.m. on Thursday, that was still the case in terms of NBA.com, Basketball-Reference.com and other major websites.

Hield was asked about the discrepancy following Sacramento’s loss to Oklahoma City on Wednesday, and NBCSports.com reported that Hield said it was a case of people believing what they read on the internet without verifying the information.

“That’s their fault, not my fault,” Hield said of the sites that had his age wrong. “The first time I saw it on Wikipedia, my mom said, ‘Why do they have your age wrong?’ I said, ‘I have no idea.’”

Jokes immediately cropped up online, including one from Alexis Morgan, a digital content reporter for the Memphis Grizzlies. That one earned a personal reply from Hield.

Regardless of his age, Hield has morphed into a star for Sacramento this season, with averages of 19.9 points and 5 rebounds a game to go with a deadly-accurate 3-point rate of 43.3 percent. His improvement, along with a major injury to DeMarcus Cousins, has softened the blow of what was seen as a lopsided trade in the New Orleans Pelicans’ favor two years ago.

Player bios in the N.B.A. were notoriously inaccurate in terms of things like height and weight long before Hield came along. Barkley has admitted in the past that he is closer to 6 feet 4 inches than his listed height, and James is widely assumed to weigh closer to 270 pounds than his listed weight. In one of the more amusing discrepancies, the Hall of Famer Scottie Pippen told Esquire in 2011 that his first name is actually spelled “Scotty.” 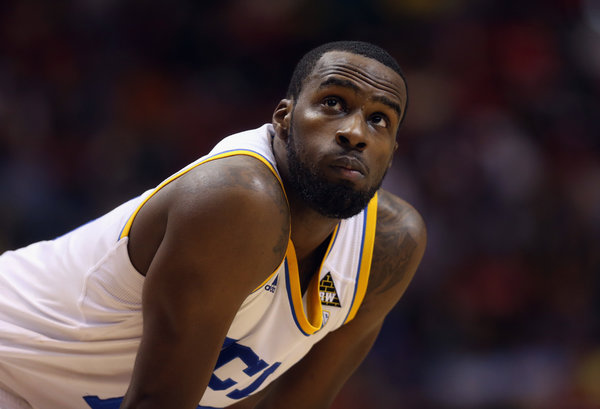 It is less common to lie about age in the N.B.A., though accusations of lying have followed several international players throughout their careers, regardless of merit. In one notable case of a player, or in this case his parent, having intentionally misled people about age, it was revealed in 2013 that Shabazz Muhammad, then a freshman star for U.C.L.A., was 20, rather than his listed age of 19.

Incorrect ages have been an issue far more frequently in baseball, where players, particularly those from Latin American countries, have lied about their age in order to be seen as a better prospect to scouts. Most of the cases were similar to that of Miguel Tejada, the 2002 American League most valuable player who, when confronted years later, acknowledged that he had misstated his age by two years.

In an extreme case, Fausto Carmona, a starting pitcher for the Cleveland Indians, was arrested in 2012 and accused of trying to obtain a visa with falsified information. It was revealed that he was not only three years older than he had let on, but he had lied about his name, as well; he was actually Roberto Hernandez.

Hield said that he had never intended to mislead anyone. He presented his passport when he moved to the United States from Grand Bahama, he said, and the document has his correct birth year on it. That explanation has been met with skepticism by some, because it means that when he left Oklahoma after his senior year and entered the draft, he was 23, which is fairly old for an N.B.A. rookie.

Despite the skepticism, and despite so many outlets having listed 1993 as his birth year, Hield told NBC Sports that his employers have known all along how old he is, so there will not be any issues going forward.

“I gave them my passport, Peja and Vlade know what age I am,” Hield said, in reference to Peja Stojakovic and Vlade Divac, the team’s director of player personnel and development and its general manager. “That’s the only thing that matters.”