Does Collingwood tag an Eagle? If so who?

Nathan Buckley is not fixed on the tagger. When he uses one its Levi Greenwood but he has also as often used Greenwood in other roles – as a small defender, a pressure forward and rotating inside midfielder.

There is an argument he is kept in defence to cover the threats of Willie Rioli, Liam Ryan and Jamie Cripps. Most likely he will be put to the middle where the most likely target would be Luke Shuey. Elliott Yeo presents the same sort of danger on the outside of the contests as Shuey does inside but Greenwood has been better at shutting down inside players – Joel Selwood for instance – so the idea you can put to bed the most creative midfielder would be tempting. Yeo is also a difficult match up for any player because of his size. He is quick for a big bodied player and probably not the ideal match up for Greenwood. 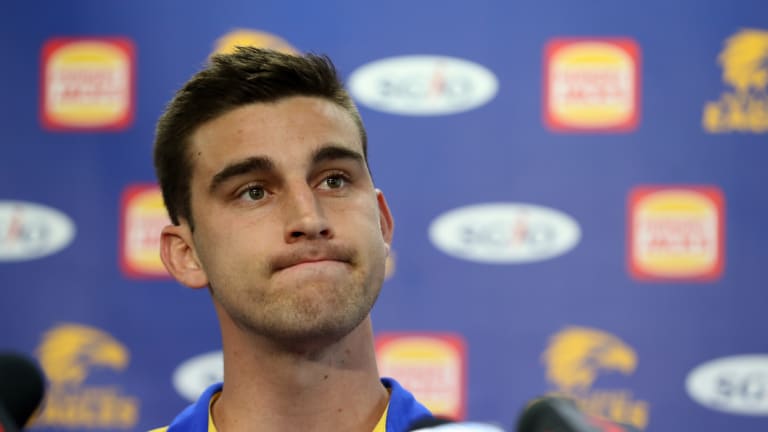 Yeo was a star in the qualifying final.

Jack Redden has been outstanding for the Eagles and was terrific against Melbourne so some time will be spent wondering whether to assign a tag to him but Redden probably benefits from the opposition looking elsewhere at Shuey and Yeo rather than on him.

The expectation would be Greenwood to Shuey.

Which Collingwood midfielder will wear the Mark Hutchings blanket?

Last time they played Hutchings went to Steele Sidebottom but it was not an intense tag like he has played on other midfielders. Sidebottom was still Collingwood's best player that day and in the best few for each of Collingwood's finals. The way he carved up Richmond's midfield it is doubtful he will be given such latitude by the Eagles because not only is he a high possession earner he is very creative with he ball by foot and often gets involved either hitting the score board or offering score assists.

Jimmy Bartel told The Age's Real Footy Podcast that the eagles would change how they locked onto Sidebottom this time around. 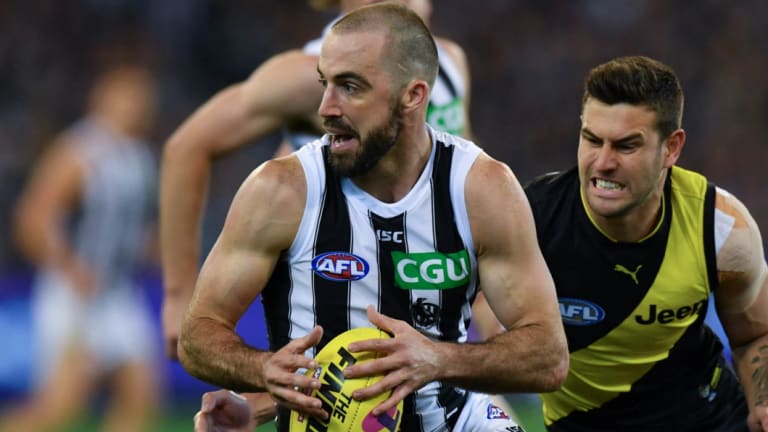 Sidebottom has had a stunning finals series.

"I think that (the way Hutchings matches up on Sidebottom) will change for the grand final," Bartel said.

"It was a tag last time but it was almost like West Coast were going 'we don't want to pull apart what we do well with our structure so we will let Yeo and Shuey and Redden take the stoppages and then we will pick him (Sidebottom) up'. This time in the Grand Final it will be 'here is your match up and everyone else adjust around that'. All Sidebottom did was every time Hutchings came to him he goes 'all right let's go start in a different position' and just completely ruin your structure."

Clubs have sat on Sidebottom before with success in quietening him but the danger, as with choosing any tag, is what that means for others not tagged. What about Scott Pendlebury or Adam Treloar for instance, players who ordinarily present enormous danger?

Treloar is fitter now than the last time Collingwood played the Eagles when it was his first game in months after his double hammy injury. That night he not only ran out of steam but he did not run and carry the ball in the match. Treloar has the ability to go deep forward and switch with Jordan De Goey in the midfield which makes him a harder proposition to tag.

Taylor Adams was outstanding against Richmond but they are more likely to go head to head with him possibly with Redden rather than tagging him.

Sidebottom is the logical choice for the tag because he is so creative and damaging. His aerobic ability means he often gets on top of a tag later in quarters and matches but Hutchings is a good runner and can stay the distance with him.