The changes keep coming at Cricket Australia. No, there has not been more bloodletting, even with the public's growing frustration with selectors. This move affects those at the very top.

The Tonk understands there has been a change in travel policy for CA directors, whose days of flying business class in Australia are pretty much done. 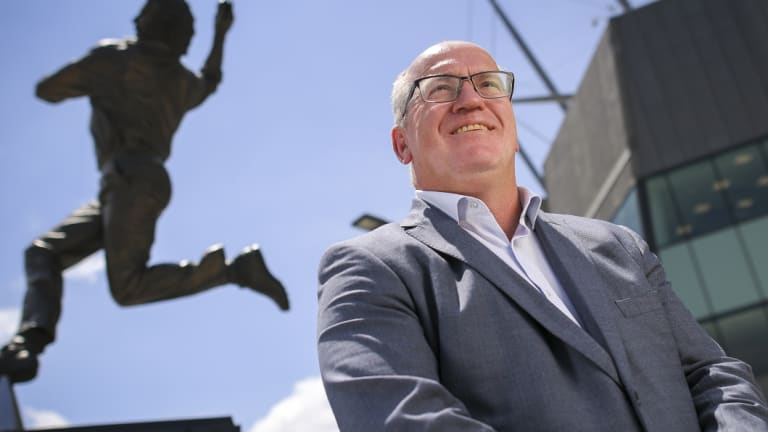 Instead of turning left when they board the plane, they'll now be heading right to join the rest of us in economy class, though there might be exceptions depending on the time of flights. The red-eye from Perth comes to mind.

The aim is not so much to cut costs – any savings from the reduction in costs will be negligible – but more a symbolic gesture. It means there will be extra heading into grassroots cricket.

It would have been hard for directors to explain to staff why they were to fly economy while board members sat up the pointy end. Also, it's hard to justify booking business class for flights between Melbourne and Sydney.

Spotted in the SCG nets before play on Sunday was captain Tim Paine, who was working on ways to negotiate the mystery spin of Kuldeep Yadav.

Paine, who was bowled by Kuldeep in the first innings, had one of Australia's assistant coaches Sridharan Sriram send down some left-arm wrist spin.

Sriram, a batting all-rounder, was a capable left-arm finger-spinner in his day but created a few issues for Paine with his wrist spin.

Cricket Australia were not taking any risks with the presentation of the Border-Gavaskar Trophy to the point they flew Allan Border to Sydney on Saturday night in case the fourth Test finished early.

At that point, the prospect of the match ending on the fourth day was a distinct possibility.

It would have been red faces all round had neither Border or Sunil Gavaskar been there to present the trophy to victorious India captain Virat Kohli. Gavaskar, as we reported earlier this Test, said he was not happy he was not invited by CA, a claim the governing body denies. 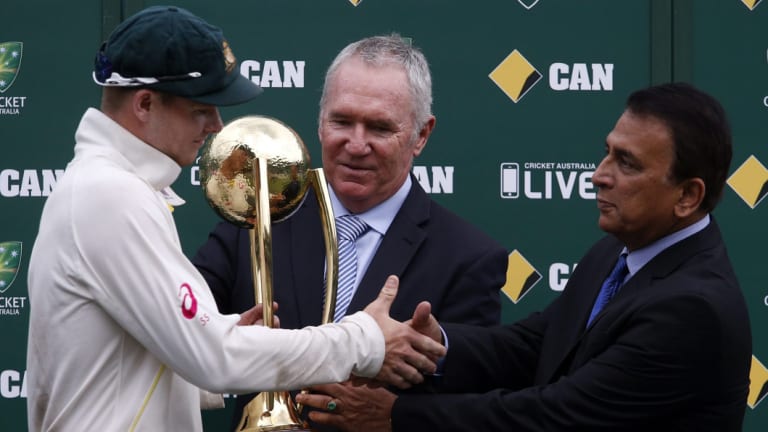 The flight did not go according to plan for Border, who was stuck on the tarmac for safety reasons as a storm swept through Sydney.

While we're on the topic, spinner Sophie Molineux claimed the gong for the ACMA's female Emerging Player of the Year. Molineux was recognised for a stellar 2018 in which she kept Jess Jonassen out of the side to be part of Australia's World T20 success.

Molineux, 20, made her international debut last March but it was in a three-game series against Pakistan in Malaysia before the World T20 where she announced her arrival, claiming combined figures of 7-52.

Softer side of Kohli

This has been a momentous tour for Virat Kohli, who is about to go down in history as the first Indian captain to lead his team to a series victory on Australian soil. He's also in fine form off the field, as this story will show.

Greg Chappell had been catching up briefly with some friends in the Members pavilion when he struck up a casual conversation with Kohli and India coach Ravi Shastri on the balcony of their dressing room, our spies tell us.

It must have gone well because Chappell was given a set of Kohli's pink gloves, signed as well, and an autographed shirt.

The items were donated to The Chappell Foundation charity to be auctioned to raise funds for homeless youth in this country. It's expected the items will fetch around $5000, so it's a case of well played Kohli and Shastri.