BYU players join Boise State at midfield for team prayer: 'We’re not going to turn that down' 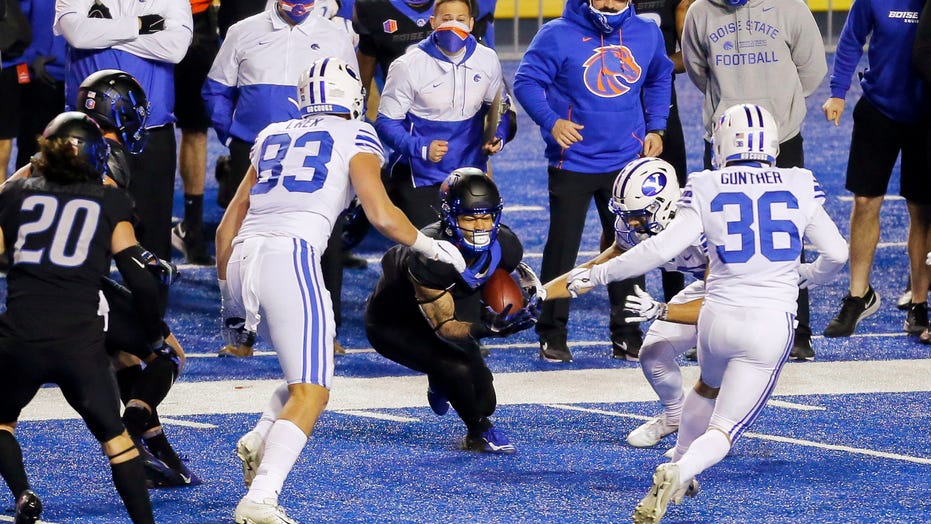 BYU improved their ranking to No.8 last week after defeating Boise State 51-17 but perhaps more impressive than maintaining their perfect record this season was the unity and devotion both teams showed after Friday night’s game.

“I am appreciative for BYU’s coaches,” Boise State chaplain Pastor Mark Thornton told the Deseret News. “We play against some teams who don’t have a chaplain. We play against other teams who didn’t let their players stay and pray, even though the players from the other team wanted to join us in prayer.”

Thornton said the team gathers at midfield after every game, win or lose, to pray together. He normally contacts other team’s chaplains before games to ask in advance if they want to join but he was unaware that BYU had one.

After the Cougars won, the newspaper reported they headed back to the locker room when Thornton stopped head coach Kalani Sitake to ask if they wanted to join.

“We’re not going to turn that down, when a team invites our team to kneel down and praise God for the opportunity we had to play,” Sitake, who normally holds his team prayer in the locker room, told the outlet.

“What a great invite from them. I was really impressed with them the entire game, just a great program with wonderful sportsmanship and you know, hopefully, we can be able to have that type of impact on other programs as well when we play them.”

The shared moment of faith had an especially important meaning for the players usually focused on the rivalry.

“Football’s a competitive game, so you’re competing, you’re talking trash, you’re fighting people on the field, but at the end of the day it’s, you know, it’s just a sport,” BYU wide receiver Gunner Romney told the Deseret News. “There might be hard feelings on the field but once you get off the field, they’re your brothers. You gotta love them up a little bit.”

“The fact that it’s such a big rivalry and we can be really physical with each other, compete really hard with each other and then drop our pride, drop our egos, drop what just happened for two to three hours and give thanks to God, that says something about both schools,” Boise State safety Avery Williams added.

The Broncos lead the all-time series against BYU 7-4 and were previously undefeated at home against the Cougars until Friday’s game.