Queenslander Cameron Smith is to make his World Cup golf debut alongside Marc Leishman at Metropolitan in November.

Leishman and Smith were confirmed as the Australian team on Friday after the Victorian chose the younger player as his partner under the World Cup guidelines. 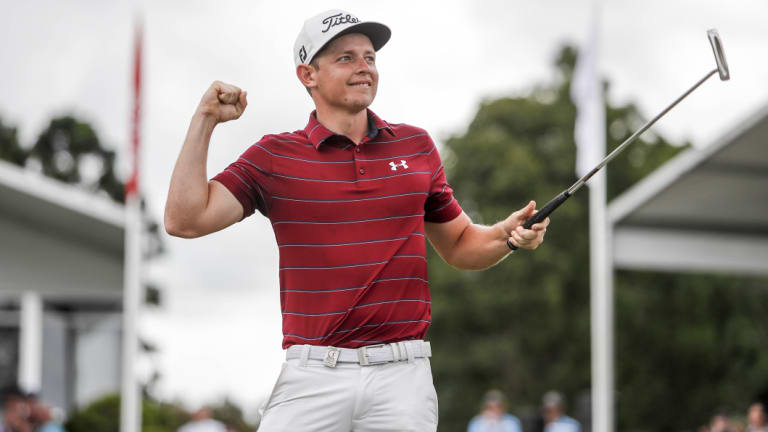 Jason Day is unavailable because his wife, Ellie, is having their third child soon, leaving Leishman as the highest-ranked player and giving him the right to choose a partner. He took Smith ahead of another Queenslander, Adam Scott, who won the World Cup alongside Day at Royal Melbourne in 2013.

“I told Cam he’s in this morning and Scotty he’s not, tough call!” Leishman said.

Smith, 25, has also made his way into the US PGA Tour Championship in Atlanta next week for the first time, a $US9 million tournament reserved for the top 30 players on the tour.

“It’s been one of my biggest goals all year to play my way on to the team and represent Australia in the World Cup,” Smith said. “I’m looking forward to playing with Marc and hope we can bring home our country’s sixth title.”

The tournament, to be contested by 28 countries, is from November 21-25.