ACT exports Carl Valeri and Nikolai Topor-Stanley will lock horns in the A-League grand final on Saturday but they could soon partner as the faces of Canberra's expansion bid.

Valeri's Melbourne Victory will look to spoil the party in Newcastle and stop the Jets fairytale run from wooden-spooners to champions. 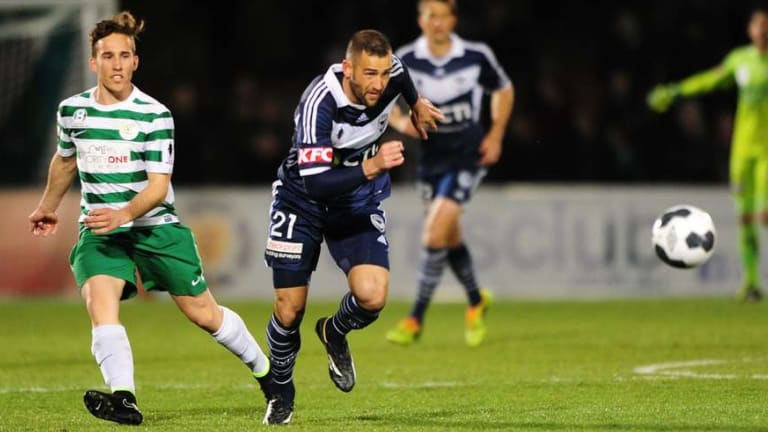 Jeff Williamson is leading Canberra's A-League bid and said Newcastle are the perfect prototype of what a team in the capital could achieve.

Williamson has previously expressed his desire to bring home Valeri as their first marquee signing and said also recruiting Topor-Stanley would only strengthen their support.

"It would be great to have those two, they’re both great players and we’d really have to assess where they’re at next year but I believe they are off contract," Williamson said.

"They are a fair indication of what Canberra can produce, if you put together a team of people from here it'd be a great team, Tommy Rogic up front would be awesome.

"Whether that’s possible or not is another story, first of all we’ve got to get a licence."

Prospective expansions teams must have their expressions of interest submitted to Football Federation Australia by May 24.

Williamson said you only have to look at Newcastle to see how successful a Canberra team could be.

"Look at Newcastle and what they’ve achieved, that could be us," Williamson said.

"There's a lot of similarities between Newcastle and Canberra, population and football participation numbers are just a few.

"The exciting thing about our bid is that young guys in the player pathways right now could have the opportunity to start their A-League careers in Canberra." 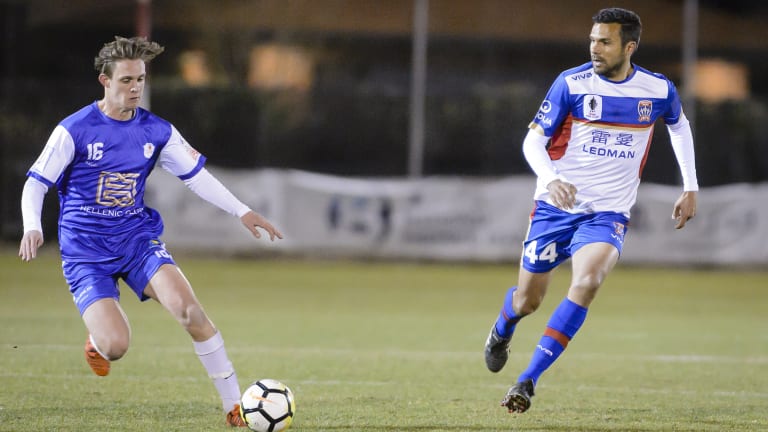 Topor-Stanley is a fan of A-League expansion and bringing a team to the capital but emphasised it had to be sustainable.

"Long term you want more teams and more opportunities for players but it’s got to be sustainable," Topor-Stanley said.

"It’s way above my pay grade to talk about sustainability of football teams and I'll leave that to the powers that be, but it's a tricky situation.

"If I'm talking generalities, absolutely, I'd like to see a 20-team competition with loads of money and all the bells and whistles, but it's got to working financially."

Topor-Stanley is vying for a maiden title in his fourth grand final and Wades said he hopes the veteran breaks his duck, but believes Melbourne Victory will prevail.

"Victory will win but only because it is such a difference playing in a grand final," Wade said.

"Newcastle have been superb but Melbourne have a lot players with finals experience and on the day that will be the difference between the teams.

"I hope Topor doesn't give a penalty away, it’s a tough gig being a central defender, but he'll be the most experienced player out there.

"The driving force is going to come through the midfield and I love the Melbourne Victory midfield, they're very direct and if they get it right everything else falls into place.

"The scoreline is going to be Victory 2-1 in the 119th minute and it's going to be penalty. I'm a romantic, I can dream, no point sitting on the fence."

Wade regularly runs football clinics in Canberra and said there's plenty more talent to come out of the capital, but admitted their biggest obstacle was exposure.

"Absolutely there's going to be loads more Canberra boys playing in the A-League, I just hope on the day they perform somebody is standing on the sideline to see these kids at their best," Wade said.

"You need a bit of luck and need to be playing well on the day the right people are standing on the sideline."