It started like a dream but ended a nightmare for Canberra FC as their FFA Cup dreams were crushed by Newcastle outfit Broadmeadow Magic on Wednesday night.

It was their first match in the national competition and despite starting the stronger, Canberra were caught in the headlights and thumped 4-1 at Deakin Stadium. 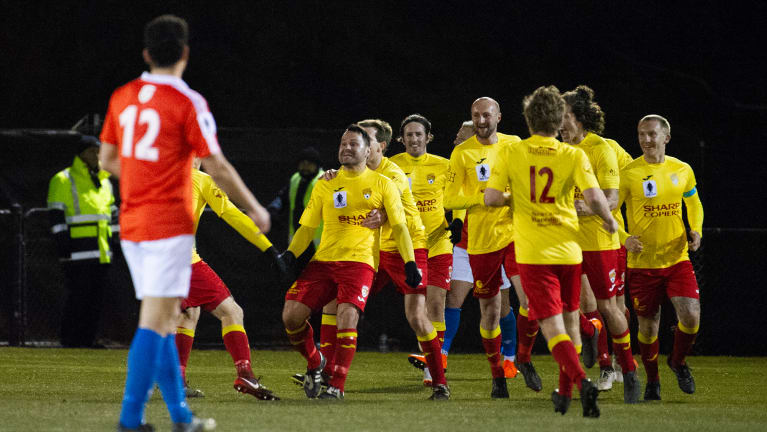 Canberra had conceded 13 goals in 16 games this season but it was their defence which fell flat against a Magic frontline that looked extremely dangerous in space.

Coach Paul Macor was left frustrated after a luckless night and said his men were left to rue what could have been.

"We let in two two stupid goals basically, I don't think they created the goals to go up 2-1, we actually gave them the goals, it's just hard," Macor said.

"I thought we that started to lose a bit of our structure because we were getting to direct instead of going through the midfield.

"We didn't give up though, even when we were 4-1 down I thought we were the team that was going to score, they had that never say die attitude."

It was all going to plan when Canberra striker Thomas James opened the scoring on 12 minutes after racing down left flank, dribbling into the box and coolly finishing.

James had all the time in the world and never looked like missing, with a finish that oozed class in front of 1002 spectators at Deakin.

Magic immediately went in search of the equaliser and they didn't have to wait long as Kale Bradbery took a beautiful pass from former Brisbane Roar midfielder John Majurovski and slotted home on 21 minutes.

Magic were playing with all the ascendancy and it was only a last-ditch tackle from Ross Contanzo which stopped the visitors going ahead inside the half hour.

The Canberra defence cracked on the brink of half-time when Bradery hit bullet that Majurovski deflected millimetres from Jordan Thurtell’s gloves to send Magic ahead. 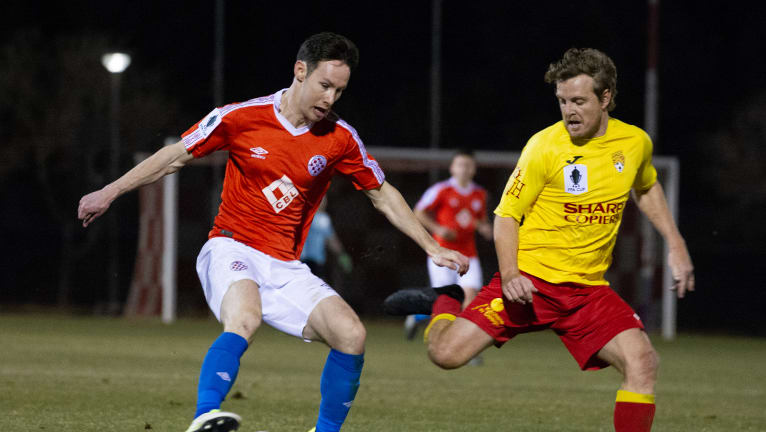 The Deakin men needed to lift but it was Broadmeadow who enjoyed a dream start to the second stanza when Majurovski's found the back of the net from close range.

The goal sparked Canberra into action but they weren't getting the rub of the green from W-League referee Kate Jacewicz.

Canberra's Kofi Danning scored a disallowed goal for offside on 70 minutes following and the contest was ended when Daniel Subisic was dismissed for a second yellow in the 77th.

Canberra were left to lick their wounds and now turn their attention to completing the treble with the league title and championship in their sights.

"It's always hard to go into a losing shed and tell the boys 'Heads up, we've got a championship still to fight for'. But as a coach you've got to say those things to reiterate what we're playing for," Macor said.