Canberra golfer Brendan Jones is joint leader of the Japan Open after the opening day at the Yokohama Country Club on Thursday.

Jones shot an opening round 64 to sit seven-under the card and in the lead alongside Young-Han Song and Hiroyuki Fujita.

Fellow Australian Adam Scott was three shots further back in tied-11th going into the second round. 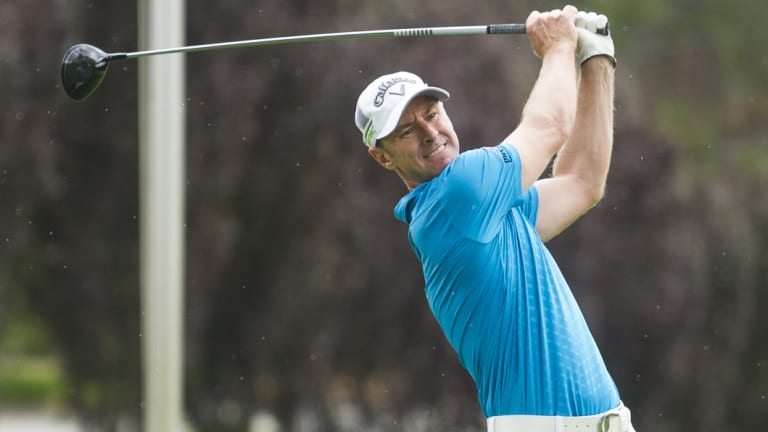 Jones has 14 wins on the Japan Golf Tour during the past 18 years and has earned $12.5 million in prizemoney in the process.

The winner of the Japan Open qualifies for next year's British Open at Royal Portrush.

Jones' last major appearance was at the 2013 Open – a tournament he has played four times.