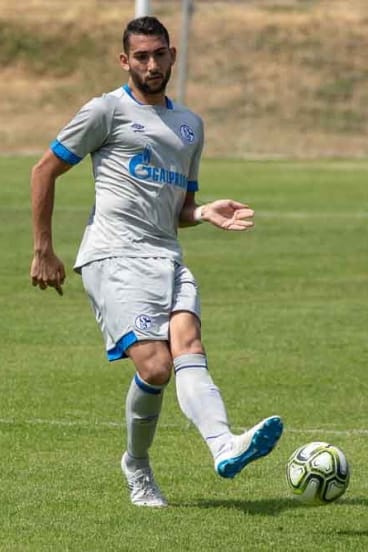 Canberra export George Timotheou has signed with the Schalke 04 under-23 team.

It was the toughest year of his budding career but all the hard work paid off for George Timotheou after he penned a deal with Bundesliga club Schalke 04 last week.

Timotheou, 20, was with Sydney FC but parted ways with the club midway through a two-year contract and joined Sydney Olympic in the NSW premier league.

The Canberra export, who has played for the junior Socceroos, committed himself to extra training sessions in a dogged attempt to break back into the professional ranks.

Timotheou's perseverance was rewarded with a trial in Germany and after two weeks Schalke had seen enough to sign the centre back in their under-23 squad.

Schalke are one of the biggest clubs in Germany and have produced the likes of Arsenal superstar Mesut Ozil and Spanish sensation Raul.

Timotheou arrived two weeks ago and has been blown away by the professional approach at the 15th richest football club in the world.

"It's a much different mentality to Australia. Football is the priority, you wake up and all you think about is football," Timotheou said.

"In Australia sometimes you have to go to work instead of training but even Schalke's reserve team is a fully professional environment.

"Boys don't go to work, they come to training every day and get better. It's a different challenge but something I'm ready for."

Timotheou doesn't pretend the past 12 months were easy after getting relegated to a semi-professional league, but emphasised it made him even hungrier.

"It was tough but I think it was a good test of my character in the sense that it pushes you even more. If you want to put in the work, you’ll get something out it," Timotheou said.

"If I didn't choose to do extras at training and go to the gym every morning, I don't think I would have got this opportunity.

"There were definitely dark times where you ask 'Why is this happening to me' and you victimize yourself, which isn't the greatest attitude but that's where I was very strong mentally.

"I pushed passed that and sometimes it's a good test yourself to see how far you can push yourself. I thought 'If I can get through this than nothing is gonna to stop me'." 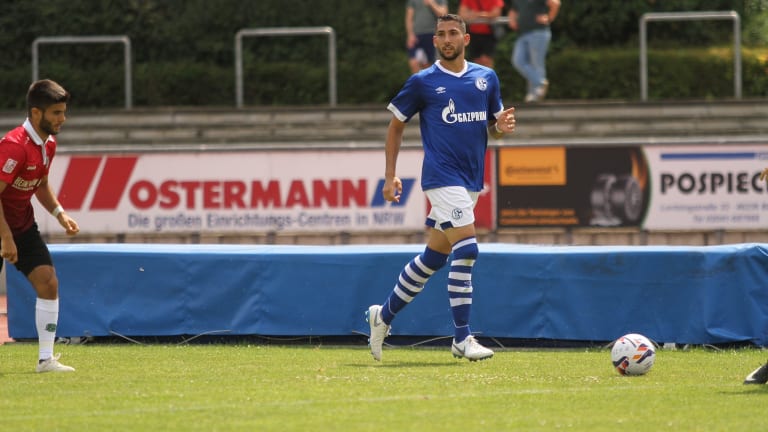 Timotheou said he never seriously considered giving up on his professional dream and believes leaving Sydney FC bettered his career in the long run.

"Overall I think it was a positive. I took one step back two steps forward," Timotheou said.

"The professionalism here is just crazy, the difference between the Sydney FC youth setup and Schalke reserve setup is is immense.

"It's not that Australia is too far behind but the Bundesliga is one of the best leagues in the world and the Germans are just years ahead in terms of setup.

"I'm grateful to have the opportunity to play in this league and hopefully I can play even higher one day."

The Gungahlin junior will start learning German next month and Timotheou's father Chris said it was sad to see his son leave but emphasised he was immensely proud of him.

"It was a rollercoaster after leaving Sydney FC. Olympic got him to believe in his football again and I can’t speak highly enough of that club and the doors they opened," Chris said.

"George is very resilient and has worked very hard. He had to pick himself up off the floor and all credit to him, we're very proud of him.

"We're going to miss him but that’s football – you've go to chase the dream."