Racing in Canberra is bracing for a changing of the guard after Canberra Racing Club boss Peter Stubbs announced his intention to retire this year.

Stubbs will retire effective from October 16, which coincides with the club's annual general meeting, and the club will immediately begin the search for a successor. 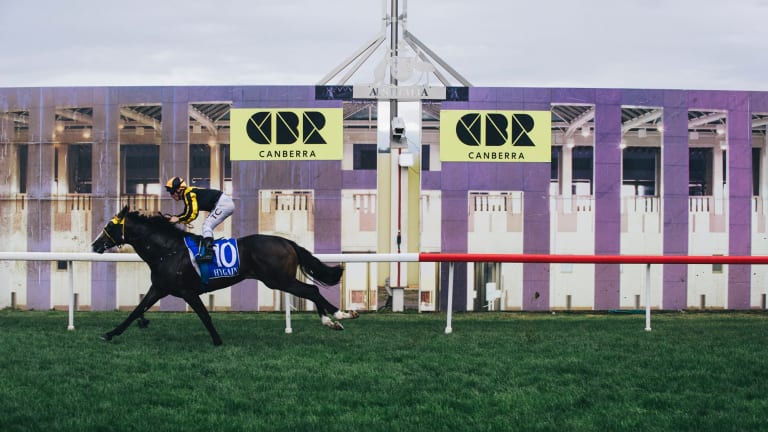 Canberra racing is set for a changing of the guard.

Stubbs had a major impact on racing in the capital and overseen a lot of change says his highlights include completing $13.5 million in capital works, the increase of prize money for major races, the strengthening of feature races, and decade-high club membership numbers.

But it is perhaps his standing as the glue that held the club together during an emotional year that will rank as one of his greatest achievements in his sparkling legacy.

The racing community was rocked by the tragic deaths of Riharna Thomson and Samara Johnson last year and the entire Canberra racing family came together in emotional tributes.

“My tenure as chief executive of Canberra Racing Club has been a highly rewarding and enjoyable experience," Stubbs said.

"It has been an absolute privilege to have been able to work for such a great Club in an industry that I have been passionate about for most of my life.

"During my time as chief executive, I have been fortunate to work for strong and progressive committees and without their support and vision, we would not be where we are today.

"Let us not forget of course the members, punters, bookmakers, stewards, racing media and patrons without whom we would not have a racing industry.

"Racing is such a diverse industry, how could you not enjoy it. Among other things in my retirement I look forward to going to the races in a social capacity and simply watching the horses."

The Canberra Racing Club have already laid the foundations for a new chief executive to "take the club forward" with a new five-year strategic plan being finalised.

"The committee and the members are tremendously grateful to Peter for his commitment and long service to the Canberra Racing Club. His leadership and professionalism will be greatly missed, and we wish him well in the next phase of his life," Canberra Racing Club Chairman Paul Meiklejohn said.