Why have two teams when you can have all eight? Canberra is firmly in the NBL's sights with the league keen to bring it's pre-season tournament to the capital if the price is right.

It is understood the NBL is seeking a financial investment from the ACT government to bring the pre-season tournament dubbed the "NBL Blitz" to Canberra. 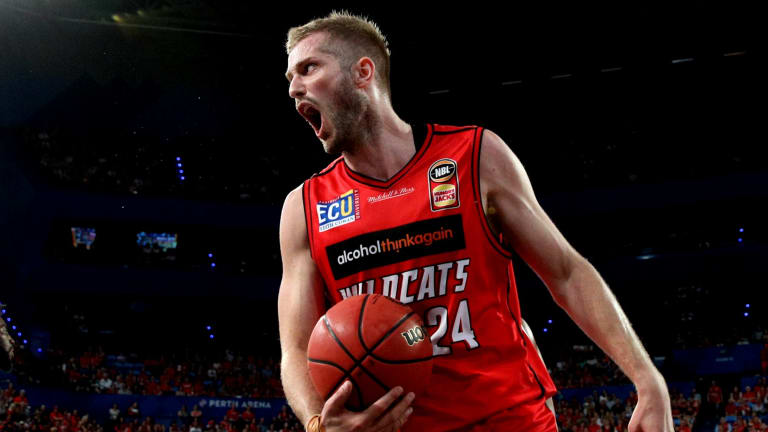 Jesse Wagstaff could be set for a homecoming.

League officials have met with ACT sport minister Yvette Berry to open early discussions about the concept with the NBL keen to tap into Canberra's booming basketball market.

It would be another boost in Basketball ACT's bid to bring the NBL to Canberra for the first time in a decade as officials continue discussions about striking a partnership with the Illawarra Hawks.

The pre-season tournament is traditionally held in September and would bring every NBL team to the capital, including Andrew Bogut's Sydney Kings and reigning champions Melbourne United.

The NBL opted not to stream last year's pre-season tournament in Traralgon despite streaming the competition for the previous four seasons.

A repeat would mean there would be little exposure for potential sponsors for the tournament.

Canberra has been starved of elite men's basketball since the Canberra Cannons went bust in 2003, with a one-off match between the Sydney Spirit and Adelaide 36ers in 2008 the city's last taste of NBL.

However changes are on the horizon with the NBL considering shifting the pre-season tournament to the capital in a potential precursor to more top flight matches in Canberra.

The NBL Blitz could double as a homecoming for Perth Wildcats forward Jesse Wagstaff if the push to bring it to Canberra comes off.

Wagstaff has been named in the Australian Boomers squad for the third window of FIBA World Cup qualifiers alongside a pair of NBA players in Matthew Dellavedova and Thon Maker.

The Boomers will face Japan on June 29 and the Philippines on July 2 in a bid to maintain their unbeaten start to the qualifiers.