Ricky Stuart isn't one to bask in the glory of yesteryear.

But the Canberra Raiders coach still took a moment to reflect on a sterling playing career that has him in contention to join rugby league's greatest in the Hall of Fame. 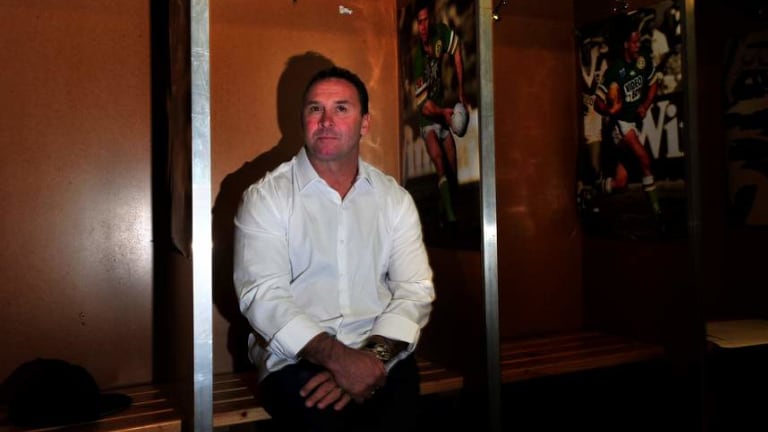 The three-time premiership-winning halfback won a Dally M and starred for NSW and Australia, but there is one highlight that stands out above the rest.

"The ‘89 premiership was the greatest highlight for a lot of the players. Being able to be a part of the first premiership for the club is something that will never be forgotten.

"For me, just the mateship and the camaraderie that the club has created and continues to create, and continues on with it now, which is what I try and base a lot of our core values off what we got success through in those days.

"It was about hard work and it was about being humble. That's really important for me and something to keep pushing here at the club today." 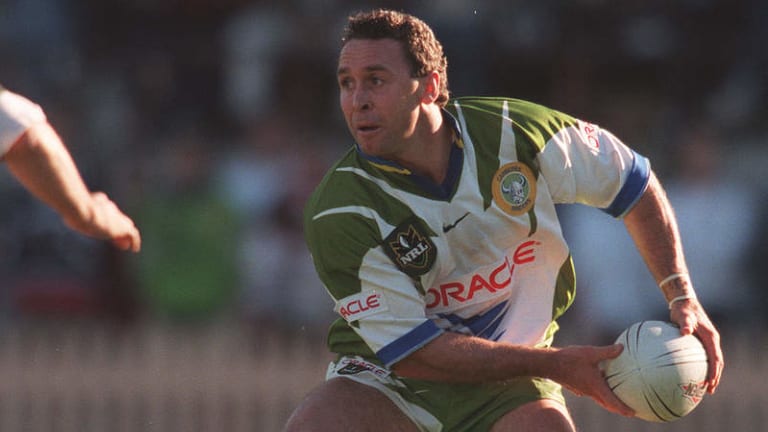 Ricky Stuart in his playing days with the Canberra Raiders.

Those core values of courage, respect, integrity, and professionalism are what Stuart will be reinforcing to today's Green Machine when they face the Gold Coast Titans at Canberra Stadium on Saturday.

Stuart laughs he "would play every day of the week" if he had to choose between playing and coaching but he still has a burning desire to lead the Raiders to another golden era.

Stuart could join a host of former teammates in Mal Meninga, Laurie Daley, Steve Walters, Glenn Lazarus and Bradley Clyde in the Hall of Fame after they were selected as part of rugby league's centenary year in 2008.

It won't be a walk in the park – Stuart is among 25 greats vying for six spots to be announced in July, after which the governing body will be poised to announce two Immortals.

"It was a nice surprise. From a personal point of view you are always proud of those sort of achievements," Stuart said.