There might only be one Gallen running around at Canberra Stadium on Sunday, but Canberra Raiders coach Ricky Stuart is preparing for two.

Paul Gallen has been named in Cronulla Sharks coach Shane Flanagan's 19-man squad but may not survive the final cull with questions hovering over from his fitness as he returns from a knee injury. 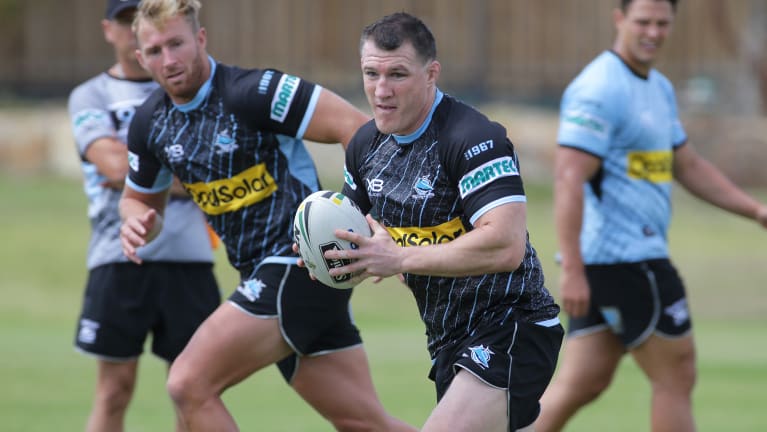 Paul Gallen could return to face the Raiders.

Stuart says the Raiders are still preparing for the Sharks veteran to play, and if he doesn't there will still be a Gallen running around in the capital.

"I know he is going to be here because he has asked me to help his young bloke out being a ball boy, so I said ‘anything mate, if he wears a Raiders jumper he can do what he wants’," Stuart said.

"I don’t know, if he plays he plays, if he doesn’t he doesn’t. Gal will know if he is alright and we’re planning that he is playing. He is their real spiritual leader, to be quite honest, Gal.

"They always give us a tough performance here at home and whether they’re with or without Gal we’re ready for a really tough game."

The Sharks are already without Wade Graham but the Green Machine have an injury problem of their own with Junior Paulo's long stint on the sidelines opening the door for Charlie Gubb to earn a recall.

The Raiders have recovered from a winless opening month to sit on the cusp of the NRL's top eight after winning four of their past five games.

Canberra's looming indigenous round clash against the Sharks is a chance to test their worth against a top eight outfit, but Stuart doesn't approach it like that – put simply, every game is a must-win.

"I don’t really buy into that, I don’t care what other people think of our footy team as, it’s what we believe in," Stuart said.

"I don't say that disrespectfully, but I know what we’ve got here and when we play well I know how our players feel for a good performance.

"Certainly from the outside looking in, I don’t care about what the opinion is out there. It’s about what we’ve got here. When we’re all on and we play to our strengths, we’re a good footy team."