Canberra Raiders prop Shannon Boyd will leave the capital at the end of the season and join the Gold Coast Titans on a multi-million dollar deal.

The Raiders are set to announce Boyd has signed a four-year contract worth $2.4 million to join the Titans. 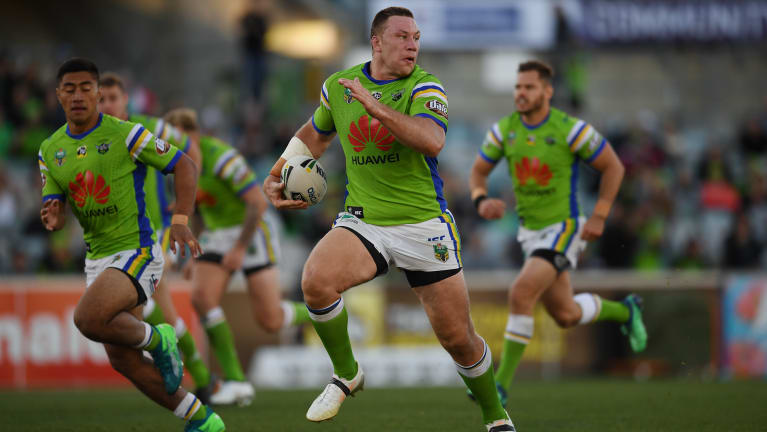 Shannon Boyd has signed with the Gold Coast Titans on a four-year deal.

Boyd came out of the Raiders junior system and played his 100th game for the club last Saturday.

The 25-year-old played four Tests for Australia in 2016 before falling out of favour with national coach Mal Meninga.

However, a strong return to form this season could to see Boyd make his State of Origin debut for the NSW Blues and return to green and gold at the end of the year.

The Raiders are also expected to lose Junior Paulo on a big-money deal to Parramatta, with reports of a four-year, $2.7 million offer being tabled for the Samoan international.

The Raiders have turned their attention to locking in Josh Papalii, Aidan Sezer, Siliva Havili and Dunamis Lui with all four deals seemingly a matter of nailing down lengths and clauses.