Canberra basketballer Chima Moneke is prepared to take the hard road to reach his NBA dream if he is overlooked in the draft on Friday.

Moneke has been working with famed NBA trainer Drew Hanlen to make the transition from college competition to the world's best league after finishing his time at UC Davis in California. 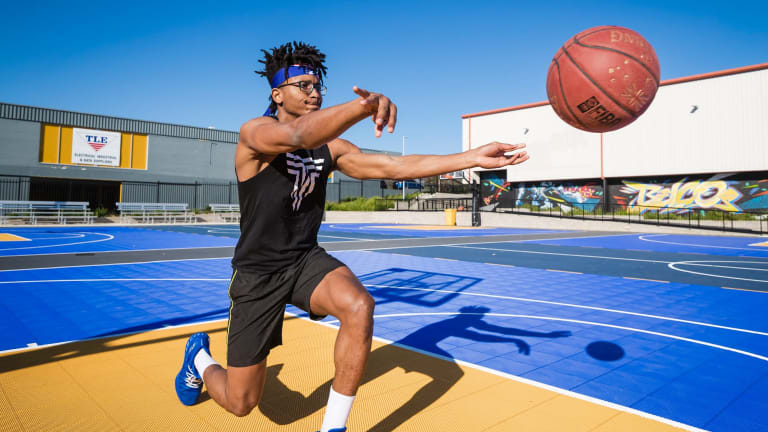 The 23-year-old and a host of Australian NBA hopefuls will watch the draft in Brooklyn, with just 60 players to be selected and just 30 getting guaranteed contracts.

But the draft isn't the only avenue to the NBA and Moneke could get his opportunity to win a contract via the Summer League in Las Vegas in July, the G-League or a stint in Europe.

It's a road well known to Australian players, with Matthew Dellavedova, Aron Baynes and Joe Ingles all overlooked in the draft before forcing their way on to rosters.

Moneke, who was born in Nigeria but moved to Canberra as a child, is determined to chase his goal, even if that means doing it the hard way.

He has hired agent Anita Smith and has worked with Hanlen to prepare his body for the NBA world.

"There are several teams who have expressed an interest in Chima and want to take a look at him in the Summer League or the G-League, so we'll just wait and see," Smith said.

Creek played with Utah Jazz in last year's summer league and will join Dallas for this year's event, where he is expected to receive plenty of minutes as the Mavericks want to give him a close look.

Broekhoff has starred at Europe's highest levels and, like Ingles before him, just needs a proper opportunity to prove himself.

The big question over Creek was his jump shot, but he has shot better than expected in training and will shoot confidently in summer league.

"I'm just excited to go out there and be more relaxed this time, play my game and not be riding every shot and being worried about all the hype around people there and everything else," Creek told the NBL website.

"I know what it is like now and I feel very comfortable about being out there. Last year I was really nervous inside and I was doubting myself, but now I feel just a lot more comfortable."

Mangok Mathiang became the first Australian to sign the NBA's new two-way contract last year, which saw him move between Charlotte Hornets and their NBA G-League side Greensboro Swarm, and others Aussies could follow him this season.

The likes of Creek, Jock Landale or the others could use such a deal to work their way into a full NBA contract.

With the NBA tipoff in October months away, Friday is just the start of what they hope will be a life-changing off-season.