SAUL ‘CANELO’ ALVEREZ has undergone an incredible body transformation on his rise from skinny welterweight to super-middleweight.

The Mexican pound-for-pound king, 31, has ploughed through the super-middleweight division since returning to 168lbs in December. 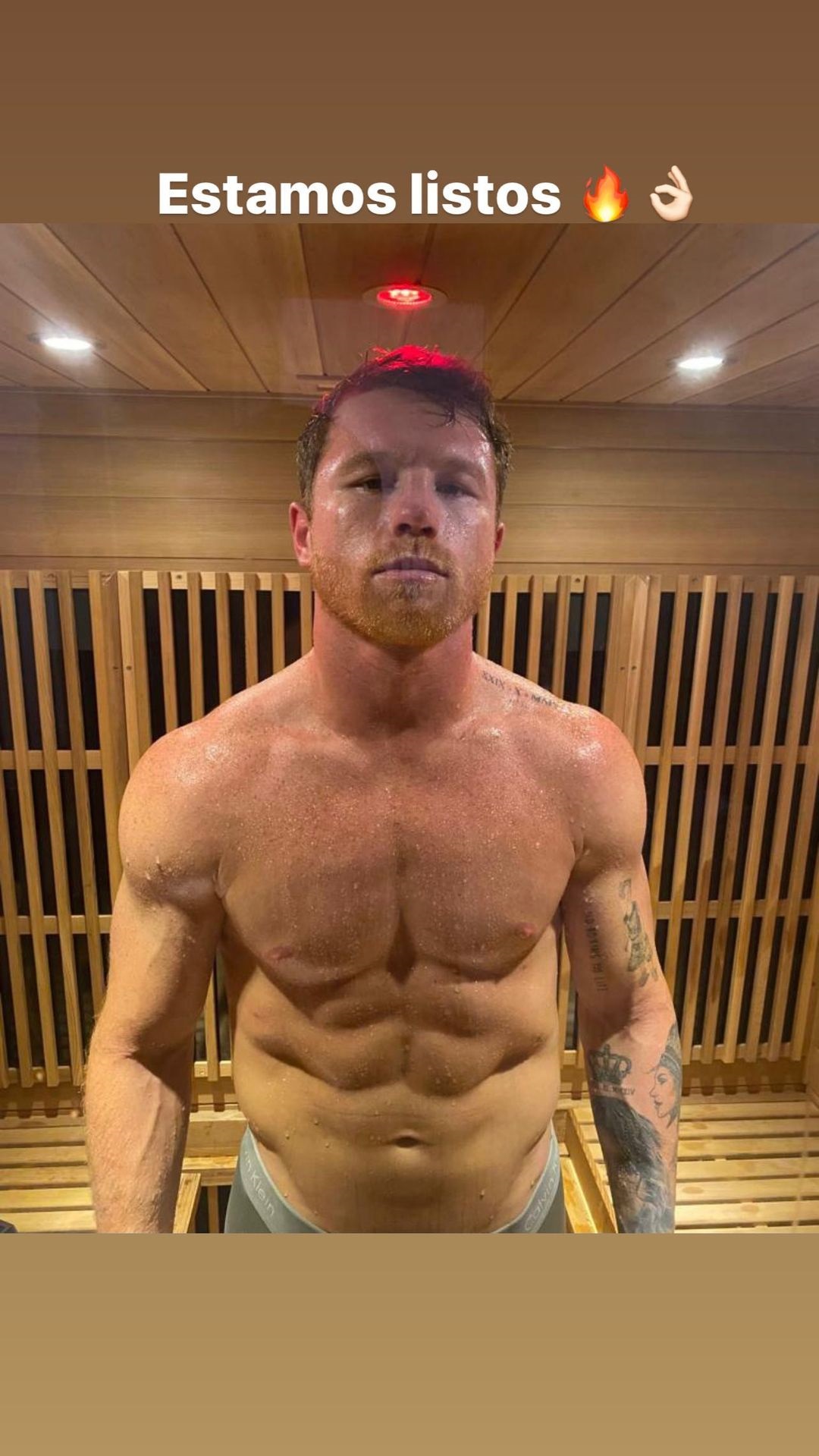 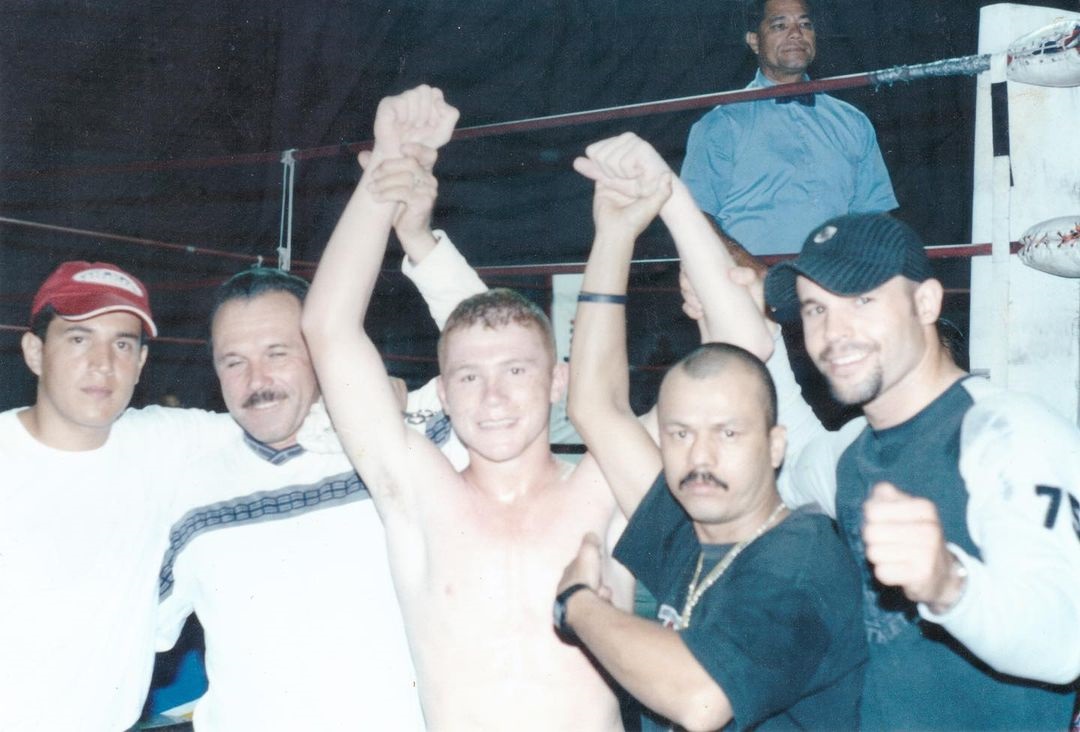 Canelo dominated Callum Smith to take his WBA title and win the vacant WBC before battering Avni Yildirim in February and then stopping Billy Joe Saunders in May.

That win over BJS made him a three-belt WBA, WBC and WBO champion, leaving him needing just the IBF to be fully undisputed.

That opportunity will come on November 6 when he faces bitter rival Caleb Plant at the MGM Grand in Las Vegas, Nevada.

But before all of that, Canelo had leapt from middleweight to LIGHT-HEAVYWEIGHT to beat Sergey Kovalev in 2019.

Having started his career at 15, Alvarez fluctuated in weight, even fighting at the light-welterweight limit of 140lbs before settling in at welterweight.

Winning his first world title at light-middleweight, SunSport investigates the dramatic body transformation Canelo has been through in his career…

After 33 bouts, Alvarez made his US debut on October 2008 beating Larry Mosley and recorded another win Stateside before returning back to Mexico for two years and nine fights.

When he returned he defended his NABF welterweight title against Jose Cotto in what turned out to be his last contest at 147lbs.

The Mexican eased to a points decision but was much trimmer in frame and bulk with a baby face.

He would make five defences of the WBC belt before unifying against Austin Trout in April 2013 also claiming the WBA strap.

At aged 23, Canelo would defend his light-middleweight titles against ring legend Floyd Mayweather – but was made to suffer on the scales.

Mayweather only moved up from welterweight to face Oscar De La Hoya and Miguel Cotto, but did so once again to challenge rising star Canelo in September 2013.

But the American boxing great – who promoted and managed himself – proved he is a veteran of the business side of the sport by forcing Alvarez to contract stipulations.

The Vegas bout was made at a catchweight of 152lbs, meaning the champion had to lose an extra two pounds – and Canelo claimed Mayweather even tried to put a rehydration clause in the contract.

Mayweather reportedly weighed 150lbs, below weight, and Alvarez came in at 165 pounds, putting on almost a stone – but was still outpointed by his American rival.

Canelo moved up to middleweight two years after his first defeat, and learned from Mayweather on how to use his star power.

Despite campaigning in the 160lbs division, the Mexican hero forced his opponents to fight at a catchweight of 155lbs, first winning the The Ring, Lineal, and WBC titles against Cotto.

Brit Amir Khan even moved up to middleweight to fight Canelo at 155lbs, but was brutally KO’d in six rounds before Alvarez moved back to light-middleweight to win the WBO title from Merseysider Liam Smith.

He only dropped back to 154lbs after being mandated by the WBC to face Gennady Golovkin, but promoter De La Hoya insisted his man was not yet a true middleweight.

Canelo beat Smith for the WBO belt in his final fight at 154lbs.

Despite De La Hoya claiming the Mexican was not yet ready to box at 160lbs, one fight later Alvarez would face Julio Cesar Chavez Jr in a 164.5lbs catchweight bout – ABOVE the middleweight limit.

The fight was used as a tester before Canelo matched up against middleweight rival GGG, as Chavez Jr was easily outpointed.

After two contentious results against Golvokin at middleweight – that saw Canelo walk away with a draw and win – he announced a move up to 168lbs to face Brit Rocky Fielding.

The Mexican would challenge for the WBA’s understudy super-middleweight world title, which he won with ease in three rounds.

Canelo was much the smaller man but targeted Fielding's body to win a world title in his third weight, and then revealed he would be open to fighting world champion Smith.

After winning a super-middleweight belt, WBC and WBA middleweight champion Canelo returned to 160lbs, facing Daniel Jacobs with the IBF title also on the line.

Alvarez’s move back down eight pounds did nothing to dent his reflexes and power as he put on a great display of defence and aggression on the way to a points win.

Canelo stuck with the IBF’s 170lbs rehydration clause, but Jacobs did not, meaning he lost the belt on the scales after coming in at 173.6lbs for tactical reasons.

After adding another middleweight belt to his collection Alvarez decided not to defend them against rival Golovkin in a trilogy bout.

Instead he replicated US legends such as Roy Jones Jr, Bernard Hopkins and Sugar Ray Leonard who all won 175lbs titles.

Canelo hinted he would stick to the weight after beating Kovalev, but instead slipped back to super-middleweight for his next fight against Smith.

Canelo cemented himself as a fully-fledged four-division champion after dominating Britain's brave and resilient Smith after weighing in at the 168lb limit exactly.

The Mexican superstar walked away with the WBA super-middleweight crown, two years after winning their secondary 'Regular' title.

Canelo had too much power and precision for Smith and stormed to victory after 12 one-sided and almost identical rounds in Texas.

He defended the titles in a mandatory challenge against Avni Yildirim in February and then beat Billy Joe Saunders for his fourth belt at super-middle.

Now he is looking to complete his collection by beating Plant in Vegas.