Lars Eller's rebound goal with 7:37 remaining broke a tie and proved to be the championship-winning goal as the Washington Capitals won the first Stanley Cup in franchise history with a 4-3 victory over the Vegas Golden Knights on Thursday night at T-Mobile Arena in Las Vegas.

Eller outmuscled Vegas defender Luca Sbisa for the puck, which was fired at the net by Brett Connolly and squirted through the pads of Vegas goalie Marc-Andre Fleury before it stopped on the edge of the crease. Eller then fired the rebound into the vacated net. 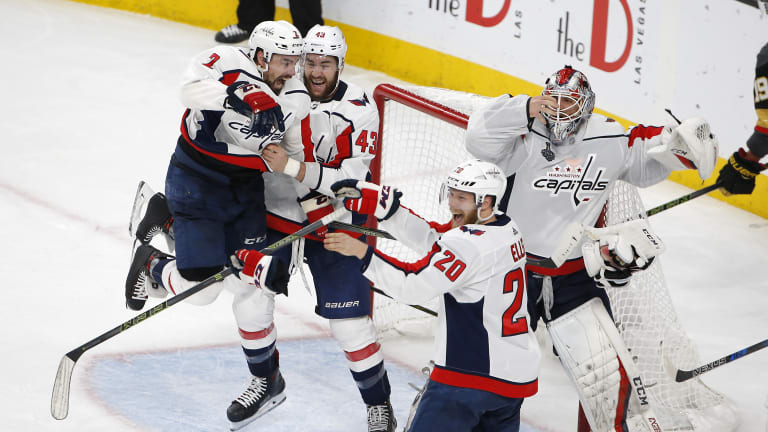 Their year: Capitals players celebrate after winning game five, and the series.

Washington won the series 4-1, capturing the final four games. They clinched all four of their playoff series away from home and finished with 10 playoff road victories, tying the NHL single-season record.

Reilly Smith had a goal and an assist, and Nate Schmidt and David Perron also scored for Vegas. Marc-Andre Fleury made 29 saves for Vegas.

After a scoreless first period that featured a shot by Ovechkin than clanged off the right post, the teams traded four goals over the span of 6 1/2 minutes midway through the second period. 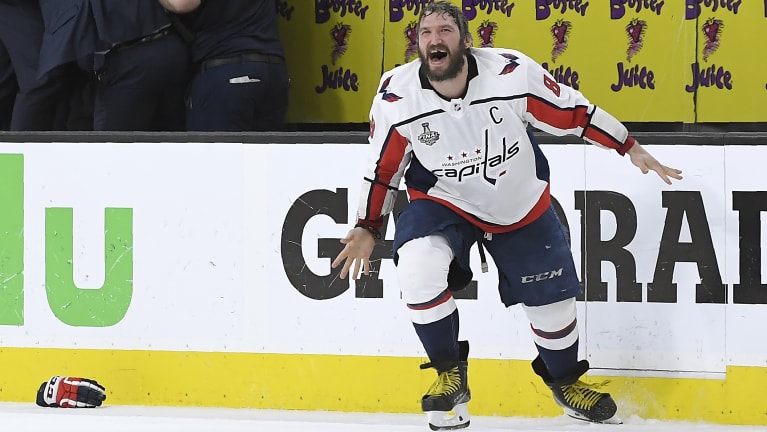 Vrana opened the scoring when he broke in alone off a nice outlet pass by Tom Wilson and fired a shot over Fleury's glove for his third goal of the playoffs.

Schmidt tied it when his wrister from the high slot hit the skate of Capitals defenseman Matt Niskanen and caromed through Holtby's pads.

Washington regained the lead, 2-1, just 34 seconds later on a power-play goal by Ovechkin, his franchise-record 15th tally of the playoffs. He converted a crossing pass by Nicklas Backstrom with a one-timer from the edge of the left circle that bounced in off Fleury's pad.

Perron then tied it, 2-2, with his first goal of the playoffs when Tomas Tatar's redirect of a Colin Miller shot hit him just as he was shoved into the net by Washington defenseman Christian Djoos. The Capitals challenged that Perron, whose skate hit the back of Holtby's right leg, had interfered on the play, but the goal stood.

With Ovechkin in the penalty box for tripping William Karlsson, Vegas then took its first lead just before the end of the middle period. Smith scored his fifth goal of the playoffs, firing in a shot into a wide-open left side of the net off a crossing pass by Alex Tuch.

Smith-Pelly, who scored the game-winning goal in Game 4, then tied it at the 9:52 mark of the third period, stopping a pass from the blue line by Brook Orpik with his skate in the slot and then beating Fleury with a wrist shot on his glove side while falling down to the ice. That set the stage for Eller's game-winner.

The Golden Knights pulled Fleury for an extra attacker with 2:04 remaining. Backstrom missed a chance to seal it with 45 seconds left when he fired wide on the empty net from just inside the red line, but Vegas couldn't find an equalizer.