FANS blasted the Carabao Cup draw a "fix" after the two Manchester clubs and Liverpool avoided each other in the quarter-finals.

With 19 League Cup triumphs between them, neutrals were no doubt desperate to see two of the heavyweights go head-to-head in the next round. 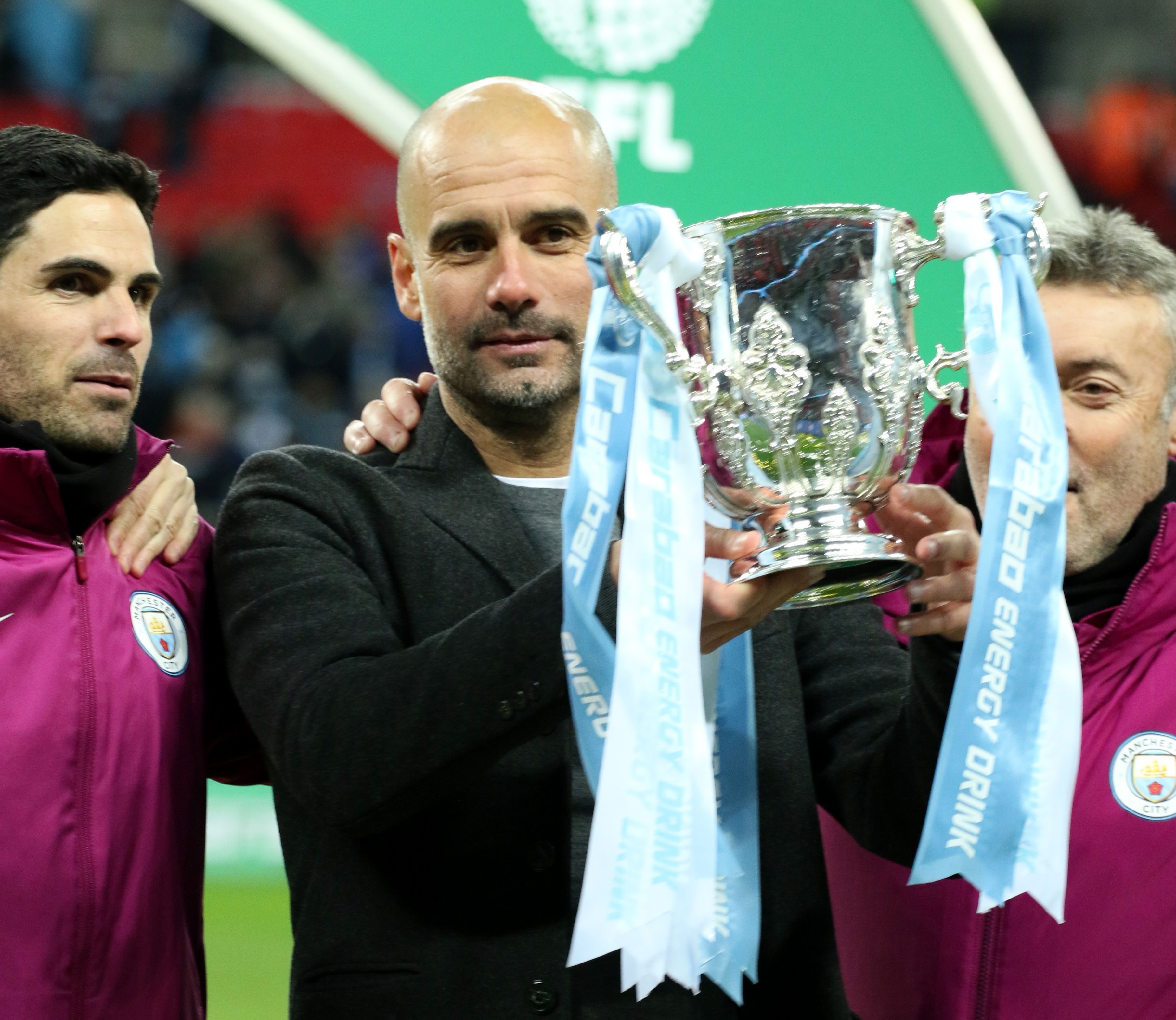 But they were left disappointed as United were drawn at home to Colchester, Manchester City must go to Oxford and Liverpool face a visit to Aston Villa.

In the remaining tie, Everton will welcome Leicester to Goodison Park.

David James and Zoe Ball pulled the names out of the hat live on BBC Radio 2 – although it was also streamed live on Twitter.

And it did not take long for fans on social media to blast the "corruption".

One said: "The Carabao Cup is just an absolute fix isn’t it. Delighted we haven’t drew Man City at home again but what a shock them and united get p*** easy teams. Every year. Shock."

One user typed: "Gotta give the two Manc sides easy draws so they can both potentially reach the final to boost the League Cup's viewing figures. What a fix of a draw!"

A third added: "Both Merseyside teams split up with one home and one away, ditto for the Manchester teams!! I can see why it was drawn on radio."

And a final person raged: "Not suspicious at all that the two Manchester clubs get easy opponents and somehow like a miracle the draw has come out so Manchester/Liverpool clubs come out home and away so there’s no clashing home fixtures."

Pep Guardiola's side came under particular scrutiny after receiving yet another "easy draw".

One user dug out all of their cup opponents since the beginning of last season, trying to prove Manchester City get an easy ride.

Another added: "Fixed. How do you manage to draw easy games for City year after year? What is the point of draw?"

A third fumed: "Why don't you just rename it the Man City cup and give them a bye to the final every year? Corrupt as hell."

But it may well be Aston Villa that got the best draw of all.

That is because Jurgen Klopp has threatened to pull his Liverpool side out of the competition.

The next round coincides with the Reds' trip to Qatar for the Club World Cup.

They are due to play the semi-final of that competition on December 18 with a final or third-place play-off three days later.

Klopp told reporters on Wednesday night: "If they can't find the proper date for us and I don't mean Christmas Day 3am… then we can't play the game. Our opponents will progress.

"We will not be the victims of this problem. Hopefully it starts now that they think about the fixtures.

"I think a lot of people from the Premier League were watching on TV hoping Arsenal do it. Sorry!"

If Liverpool refuse to play and no arrangement can be made, Villa will be given a bye into the semi-finals without kicking a ball.