She is the only one out of four that isn't playing in the WNBL. She also holds a ranking none of her teammates can – Smith is the best three-on-three player in Australia. 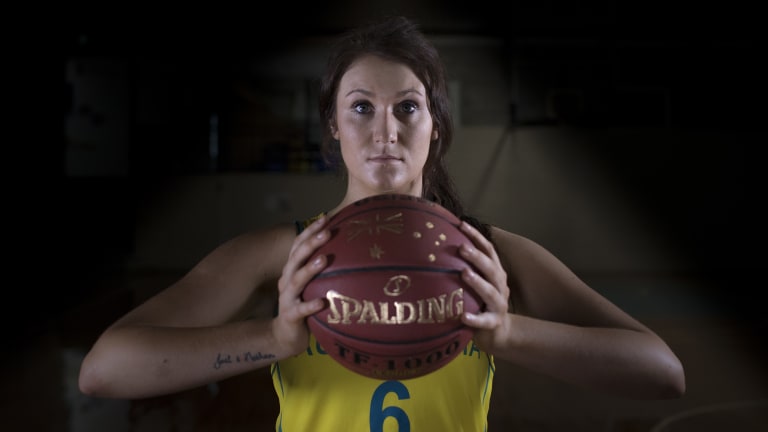 Carlie Smith is the best three-on-three player in the country.

The 23-year-old will spearhead "a very handy team" featuring Canberra Capitals star Keely Froling and Melbourne Boomers duo Maddie Garrick and Bec Cole when their campaign tips off in the qualifying round against Thailand in Shenzhen on Saturday.

Smith has an Asia Cup gold medal to her name and an eye on the 2020 Olympic Games – a long way removed from the time she quit basketball as she battled “severe depression and extreme anxiety” in her late teens.

"That’s my ultimate goal, that would be amazing if I could do that so hopefully," Smith said.

"At the moment I’m just focusing on the Asia Cup and that’s my main priority right now.

"Obviously it’s going to be an Olympic sport so I think that is creating a great atmosphere for people.

Smith's rise to prominence in basketball's short format came out of the blue but she has taken it with both hands and refuses to look back.

It has quickly become her priority – Smith is in China looking to defend her gold medal as her new five-on-five team Sunshine Coast open their Queensland Basketball League campaign.

"I was playing a lot of five-on-five in the SEABL with Bendigo and I got a call up from Basketball Australia saying that I was selected in the Australian team last year, so I guess that’s where it all started for me," Smith said.

"I just fell in love with the sport and I’ve just been playing in the Champions League Basketball tournaments, Pro Hustle tournaments, little tournaments here and there around different clubs and the Asia Cup.

"The intensity goes up a bit. Obviously three-on-three is a very physical and fast game. Yesterday we went through a pretty physical, intense training which is pretty fun.

"I like that sort of game, I like the physicality and the fitness of it so it is quite funny to adjust from three-on-three to five-on-five."

Canberra's Anthony Petrie was named in Australia's men's extended squad but won't take to the court in China despite his recent NBL Pro Hustle triumph.

Instead the men's side consists of Tom Garlepp, Tom Wright, Owen Odigie and Andrew Steel as they look to better last year's bronze medal finish.

They have a lot of work to do to replicate the feats of Smith. She is the best in the country for a reason.