The Buenos Aires club clinched their 33rd domestic crown with a 2-2 draw at Gimnasia, with the former Manchester United, City, West Ham and Juventus striker coming on after 67 minutes. 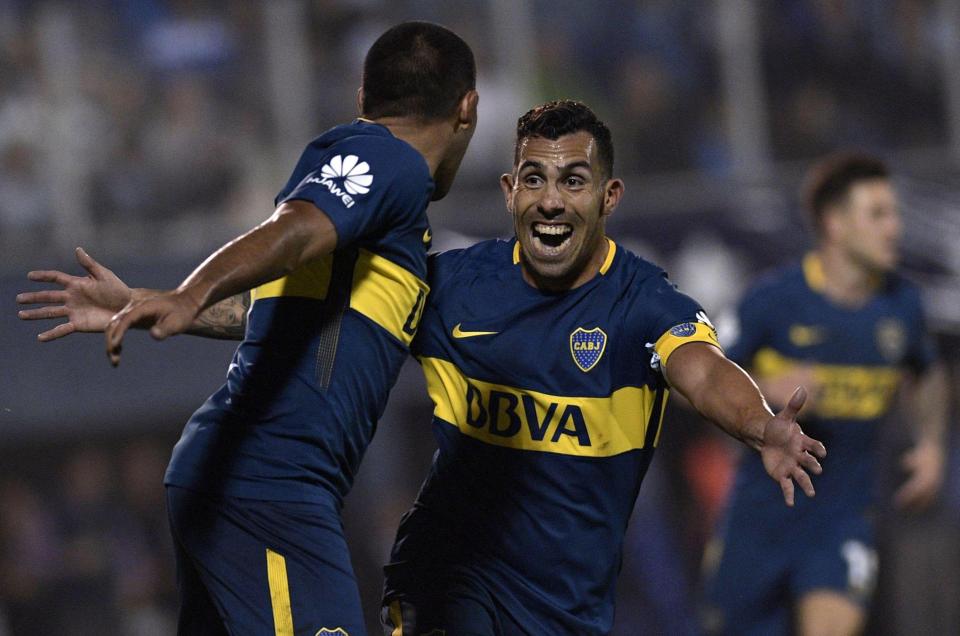 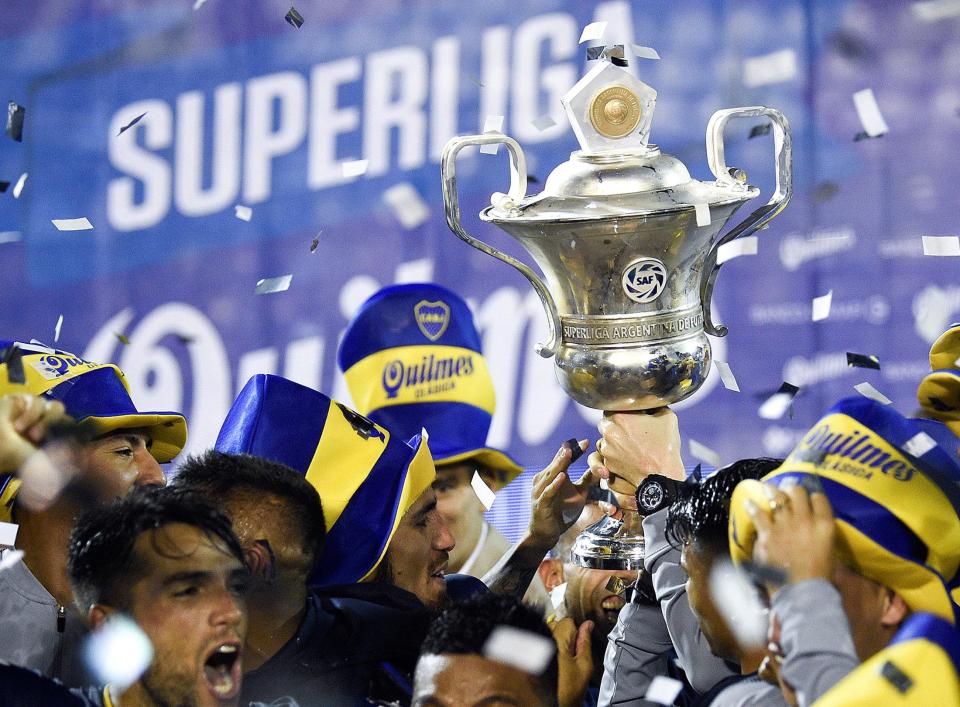 Tevez, 34, has now won eight domestic league titles in Argentina, Brazil, England and Italy, following his switch back to his homeland after a failed stint in China.

Bizarrely, he was injured in March after having a kick-about while visiting his jailed brother, but he has come back to the fold to help Boca win another league title.

And he looked delighted to be back as he celebrated another championship medal with his team-mates.

Pablo Perez gave them the lead after 12 minutes, before they were pegged back by Nicolas Colazo's tap-in at the far post from a driven effort. 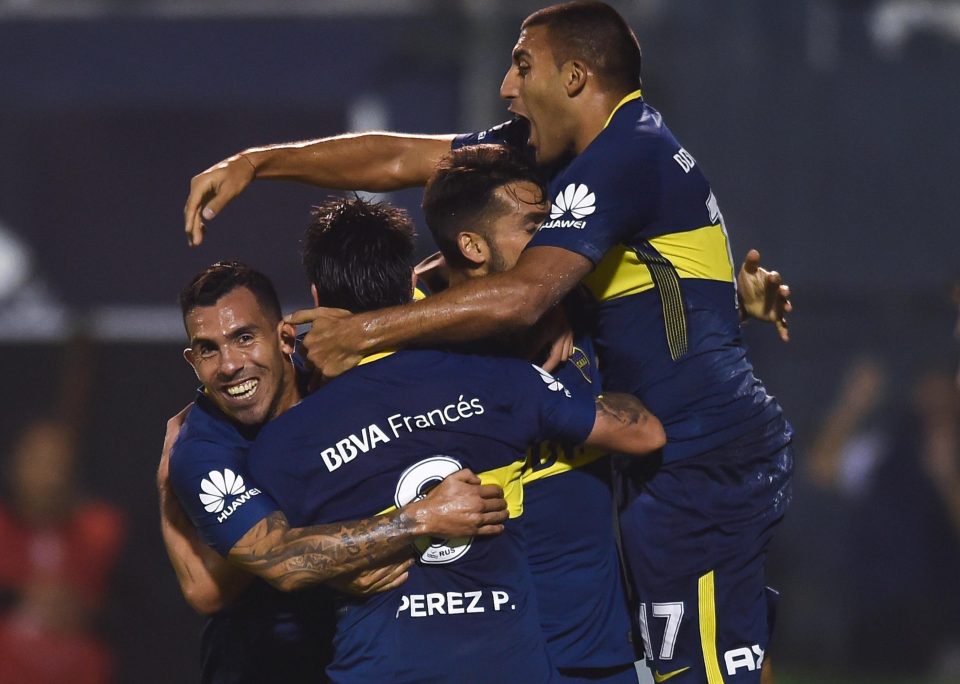 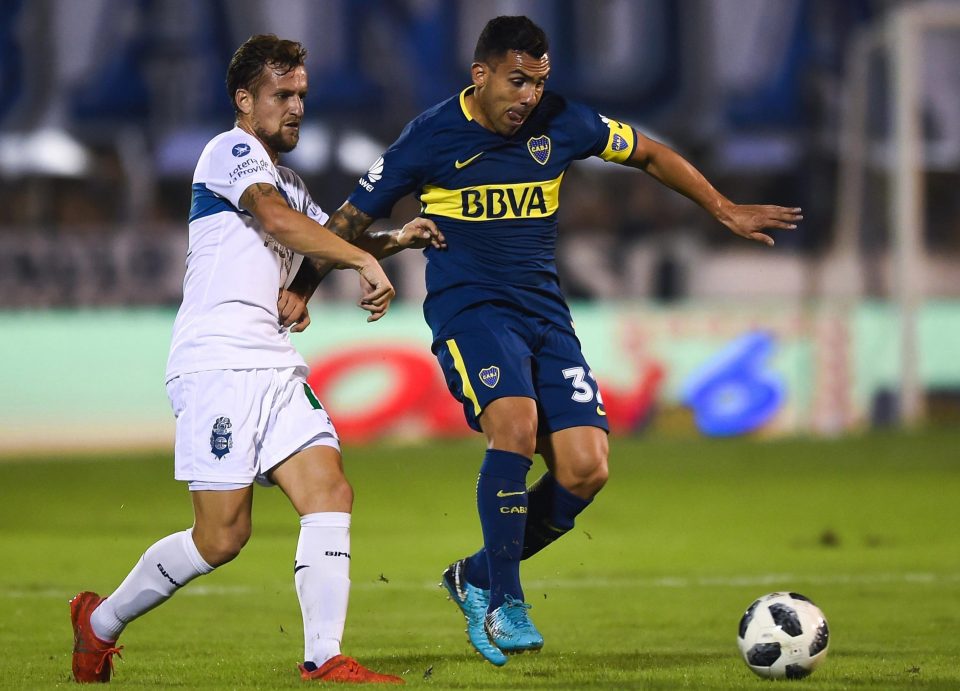 Then in the second half, a defensive howler allowed Ramon Abilia to steal in and strike Juniors ahead.

And despite Brahian Aleman's equaliser, the away side managed to hold on and secure the title.

The victory is even sweeter for Boca, given their bitter rivals River Plate finished outside the places for continental football next term.

Bizarrely, Tevez refused to shake an opponent's hand because he supports River earlier this month. 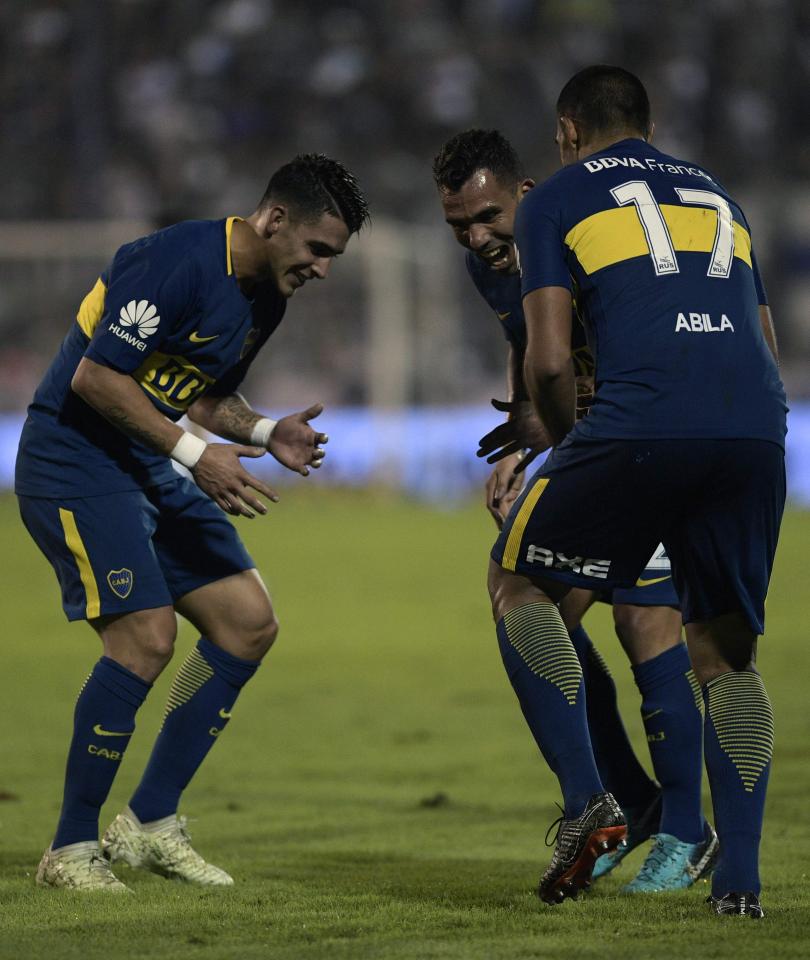 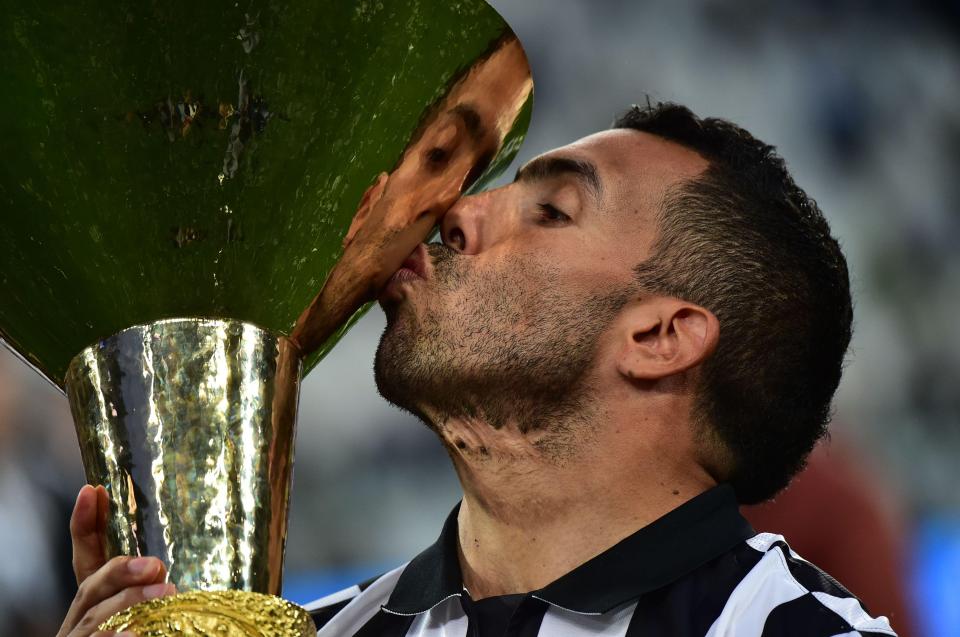 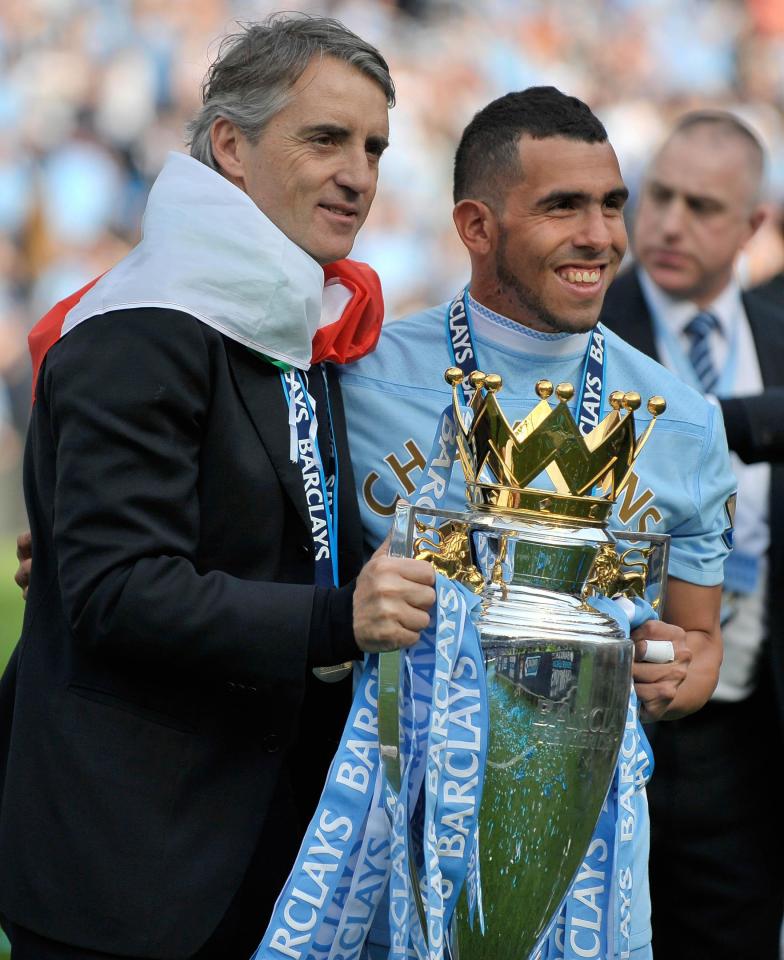 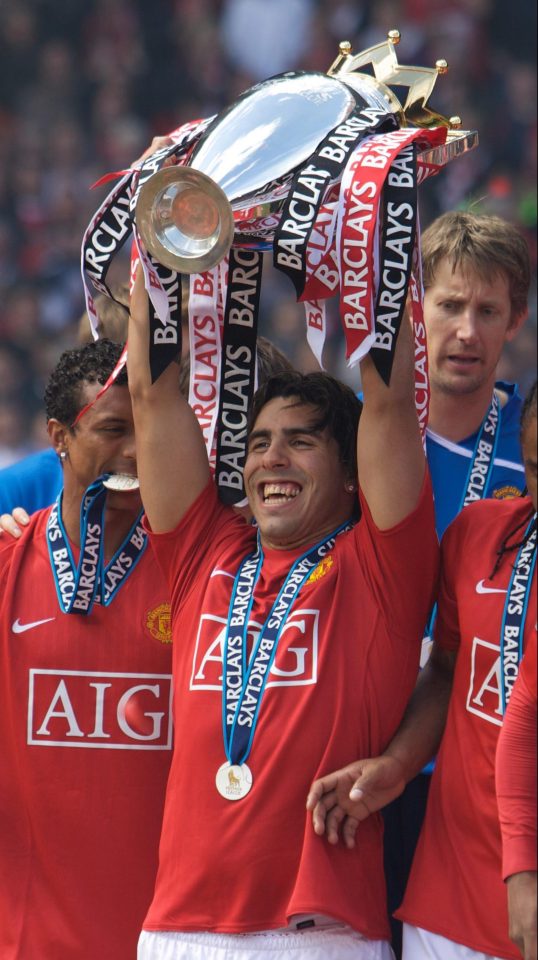 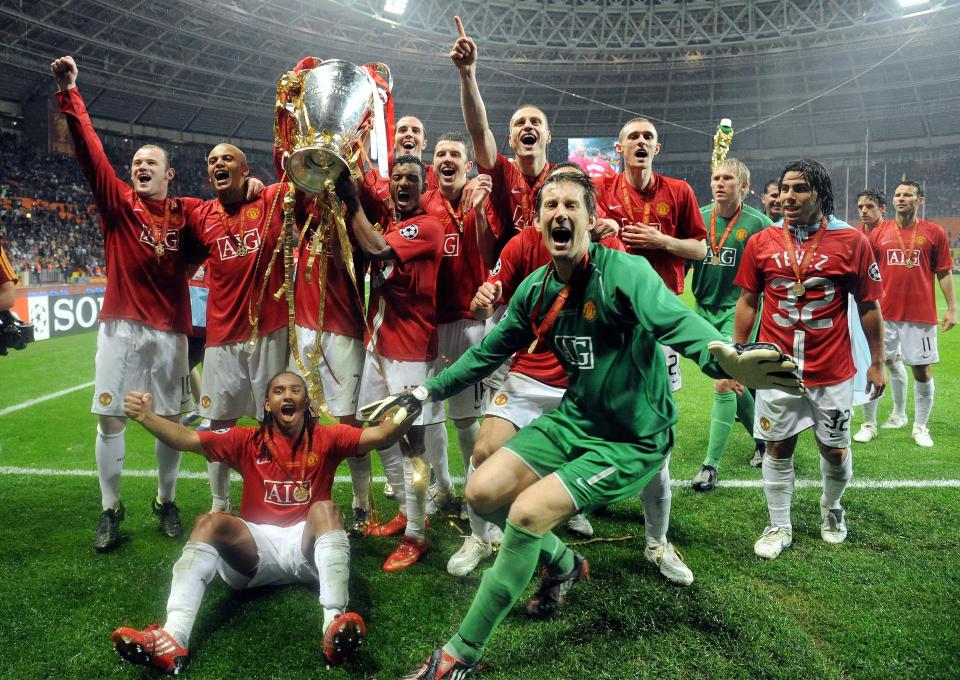 But Tevez's side have are still in contention in the Copa Libertadores, despite being third in Group H.

They need to beat Alianza Lima in their final game at the Bombanera in a week's time and hope Brazilian side beat Atletico Junior to qualify for the knock out stages of South America's most prestigious club tournament.

If they do not go through, they will be parachuted into the Copa Sudamerica.

But the writing appears to be on the wall for Tevez at his boyhood club.

He has lost his pace and ability to harry defenders and has been linked with a move to the MLS.

He could feature in an unlikely reunion with former Old Trafford team-mate Wayne Rooney at DC United if the England striker's move does go through, a decade after they won the Champions League together.